There has been no ‘formal’ distribution of kerosene for fishers in over four months. Kerosene is essential to one-day fishing boats that operate within the coastal waters of the country, as well as for those in the lower-economic bracket for cooking. At the height of their power, few in Sri Lanka dared to challenge the Rajapaksa family. For years the political family enjoyed the support of the masses; not only was the opposition decimated, but also had to face the wrath of the adoring masses. It has been a rough and prolonged journey for women advocating for reform of the controversial Muslim Marriage and Divorce Act (MMDA), the law that governs several aspects of family life for Sri Lankan Muslims. Originally drawn from a colonial-era piece of legislation, the MMDA of 1951 has been problematic since its inception, with those from both within and outside the Muslim community pointing to injustices that take place under it; injustices that violate both human rights and religious principles. Since the late 1970s, outward migration has been crucial for the Sri Lankan economy, acting as a buffer against unemployment while attracting more foreign exchange — in the form of remittances — than most exports. Getting the ‘flu may not be fun, but it is generally not something people tend to worry about too much- to most, it just means a lot of nose-blowing, a few days in bed and sick leave from work or school. However, it is influenza season in Sri Lanka, and everyone seems to be sniffling, coughing or woefully blowing their noses at every corner we turn. The last two months also saw a rise in the number of influenza cases in Galle, Matara and other towns down south, with many Sri Lankans worrying that we might be seeing an epidemic or even some new disease. While health authorities dismissed these fears and pointed out that the outbreak was the usual spike we see during the dreaded ‘flu season’, they also stressed on the importance of trying to combat its spread. Pettah is best known for its bargain shopping, but it is also home to the Red Mosque, an iconic structure that speaks of the area’s rich and diverse history. Many people were sad about William Grinding Mills being shut down. Turns out, small businesses in the area are affected as well. 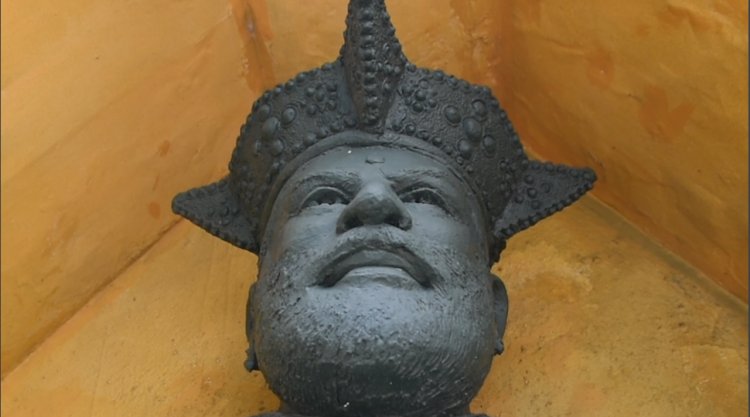 You have seen the artefacts of ancient Sri Lankan royalty in museums and galleries, but did you know there is one in a parking lot in the heart of Fort? You know it tastes heavenly. But what else do you know about this purple delicacy? Sri Lanka has a lot of vehicles on its roads- nearly 6.8 million in fact. For a comparatively small and developing country, these figures could be either impressive or ridiculous, depending on the way you look at it. And if you view it in context of the chaotic state of our roads, we are pretty sure you would pick ridiculous. Sometimes in Sri Lanka, real-life events seem like they are from a movie. Here are three occasions in which movies drew from real life. Beloved veteran director Lester James Peiris passed away recently. He was 99. This is a look back on his celebrated life and career.