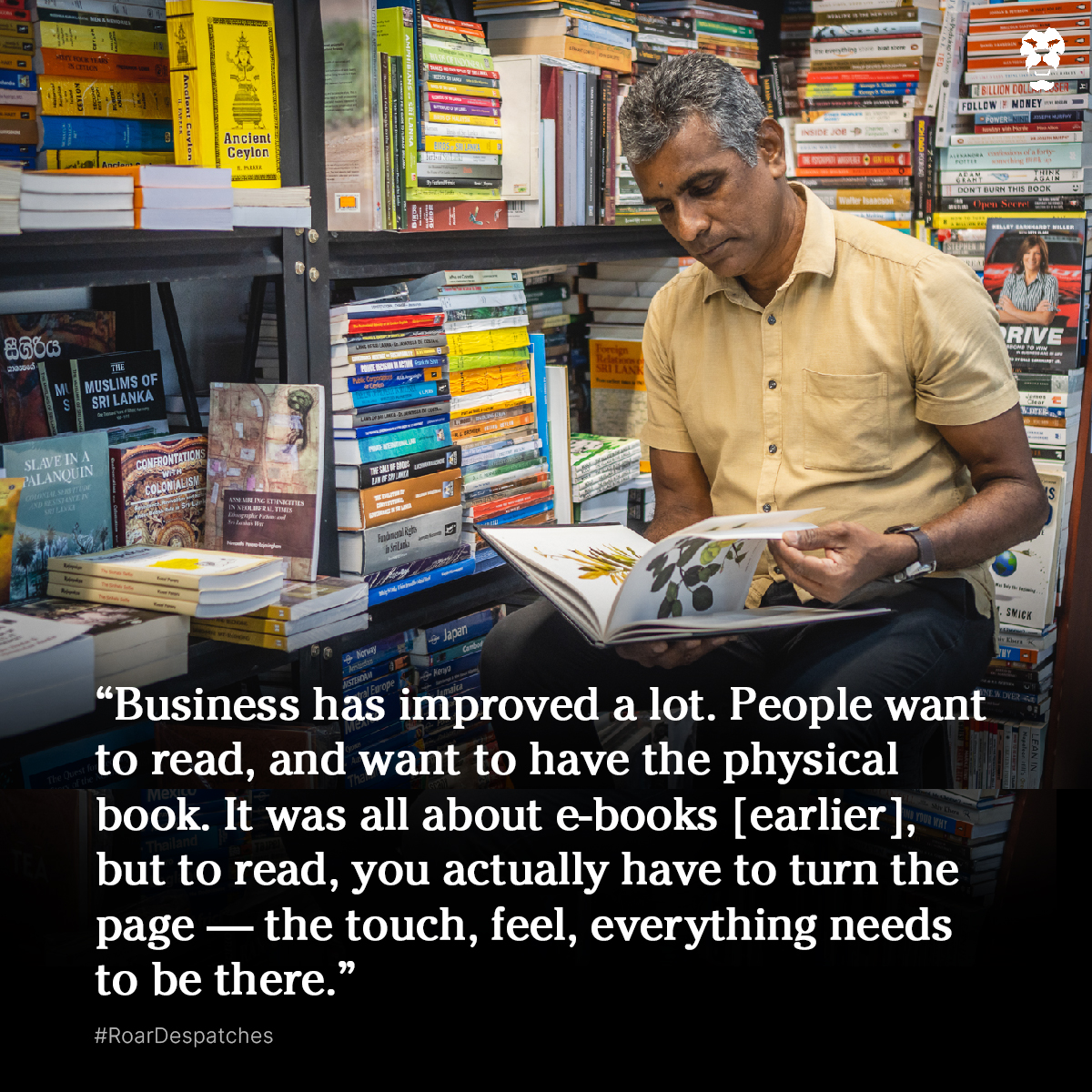 A mainstay at Liberty Plaza for the past 18 years, Rohan’s Bookstore is instantly recognisable from the display of books piled from floor to ceiling at the entrance to the shop, almost impossible to ignore. “I order a variety of publications,” says owner Rohan Kannangara (57), “We are always updating our collections — if a new book comes out, people are coming for that.”

Kannangara has 39 years of experience selling books. Aged 19, he began working at the KVG de Silva Bookstore in Bambalapitiya. “When I was at KVG’s, those 20 years, I worked specifically in the ‘Ceylon History Books’ section,” he remembers. “So even here [at Rohan’s Bookstore], I have a special section for Sri Lankan history books. A lot of people really like the collection — history means everything.”

Rohan’s Bookstore was opened in 2006, and is still thriving 18 years later. Kannangara says business has improved in recent years, despite the popularity of e-books. “A book is better than a phone, it is the real thing. People want to collect books, to have the book in their rack at home. The books are there, the real value is in that,” he said.

In addition to local history books, Rohan’s Bookstore also has a section dedicated to books about wildlife by local authors and photographers. “I have a good collection because all the people who write wildlife books want a display in my store, because it’s so visible,” Kannangara said.

A reader since he was in school, Kannangara seems to have found the perfect trade, and hopes to continue it for as long as he can. “Until I die, I can read these books, and touch these books. After that, I want to hand it over to my son. He reads a lot of books and wants to get into this market, so he will continue,” he said.