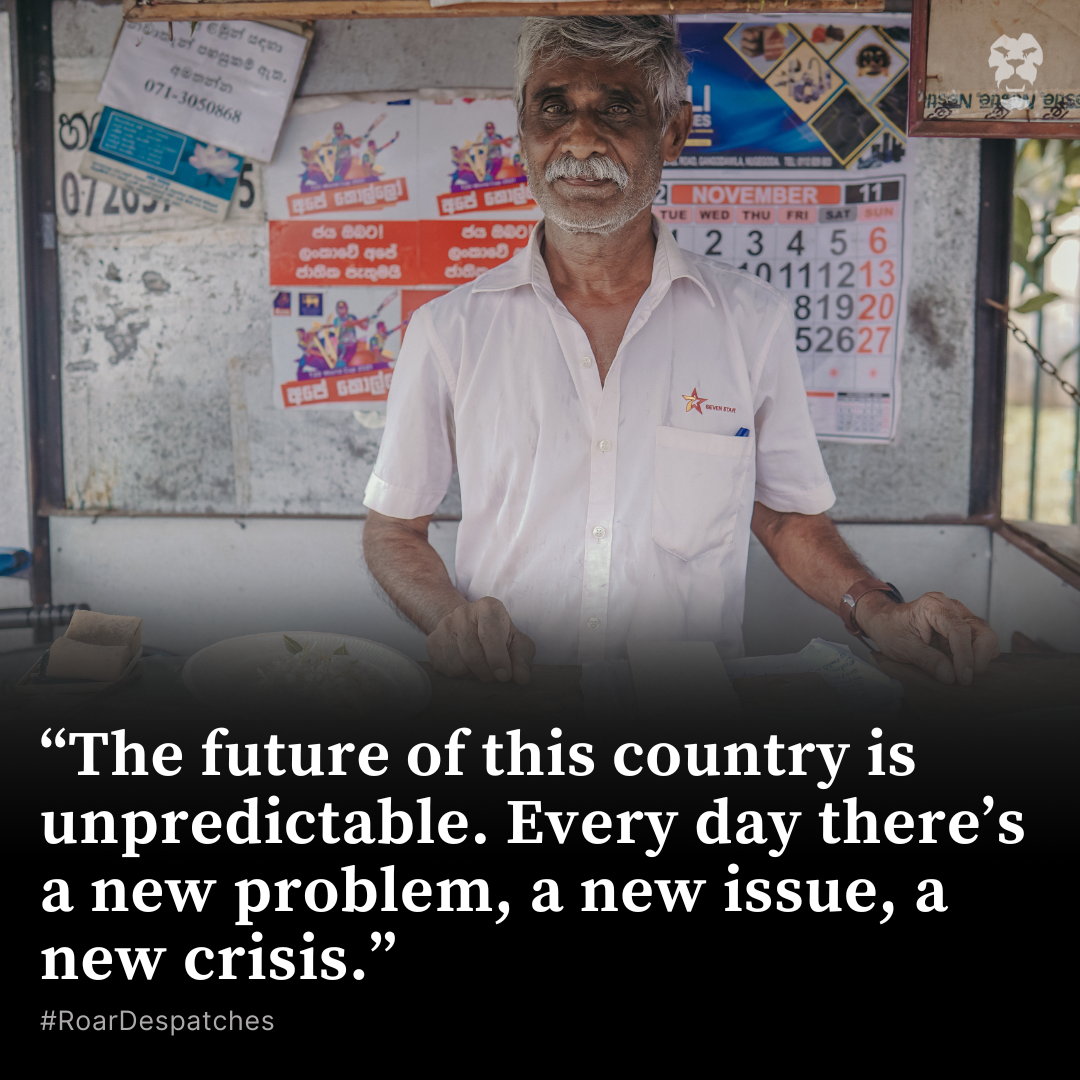 William (69) hails from Kandy, but currently lives in Boralesgamuwa in a rented house. A father of two, he has been the sole provider for his family until now. “My daughter is a university student,” he said. “She recently joined a company to work part-time to support the family. With the increasing expenses and electricity bills, surviving on the income that comes from my lottery sales is hard.”

“I buy lottery tickets from an agent and sell them here. I get LKR 3 for every lottery ticket sold. Twice, I’ve sold tickets that won the grand prize,” he added proudly.

“During the COVID-19 lockdowns, I had to close the counter. That time was hard for our family. After the pandemic, the business started to get a bit better, until the economy collapsed. Lottery sales have dropped significantly.”

“Before, I used to sell around 1,000 lottery tickets per day, but now it is only around 700. Managing the family expenses and house rent is becoming harder by the day. Also, there’s a rumour that lottery prices will be increased. If that happens, sales will reduce even more because people won’t want to spend so much on a lottery ticket.”

“Because of the current state of the country, my daughter wants to leave the country after graduating. Though we have mixed feelings about it, going abroad will add more value to her education than staying here. At least she’ll have a better life.”

He added,“The future of this country is unpredictable. Every day, there’s a new problem, a new issue, a new crisis. My children are insecure about their future.”