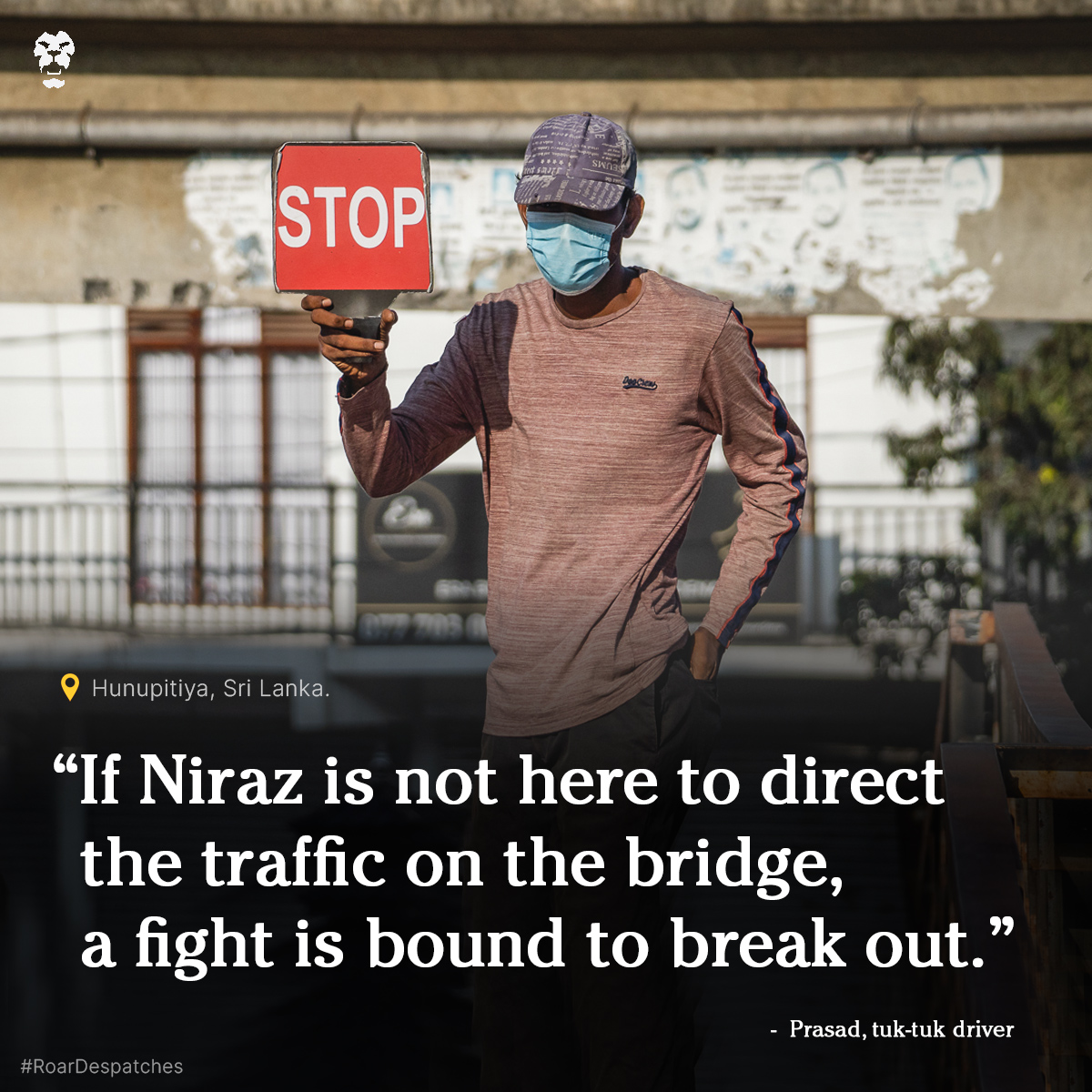 Niraz Sharfudeen (27), has dedicated his time to directing traffic on the single-lane iron bridge known as the “Yakada Palama” (යකඩ පාලම) in his hometown of Hunupitiya. The bridge, built over the busy railway tracks of the Hunupitiya Railway Station, is frequented by light vehicles like motorcycles, tuk-tuks and small cars that want to bypass rush-hour traffic on the main road.

Niraz’s father, Nizar, was the first to take on this unpaid, unappointed job in 2013. Niraz was a teenager at that time, and although he had many dreams for his future, he dropped out of school in the 10th Grade to start working.

Tragedy struck the family when Nizar passed away unexpectedly, leaving Niraz to care for his mother and siblings. It was then that he felt compelled to take up the role his father had played in voluntarily directing traffic on the bridge.

According to local residents, Niraz’s presence on the bridge is crucial to maintaining peace among drivers and preventing conflicts. Prasad, a resident tuk-tuk driver, told us that all hell breaks loose when Niraz is not there. Because of how steep the bridge is, drivers are unable to see oncoming vehicles until they reach the top, by when it is too late to turn back. “People start arguing when this happens. Only Niraz can keep things sane,” Prasad said.

Noor Careem, who works at a nearby bakery also assists Niraz and covers for him when he takes a break to ensure there is no traffic on the bridge.

Despite the lack of a steady income and the difficulty of supporting his family with the small amount he receives from passing vehicles, Niraz feels it is his duty to continue in this role.