A short series where we interview interesting personalities and put the spotlight on some of Sri Lanka’s intriguing professions.

Having volunteered for and worked with NGOs for several years, Sheshadri Kottearachchi is the United Nations Youth Delegate (UNYD) for 2017-2018. Representing Sri Lanka at the United Nations General Assembly during its 72nd session last September, Kottearachchi works with several ministries and governmental organisations to help empower youth in the country. 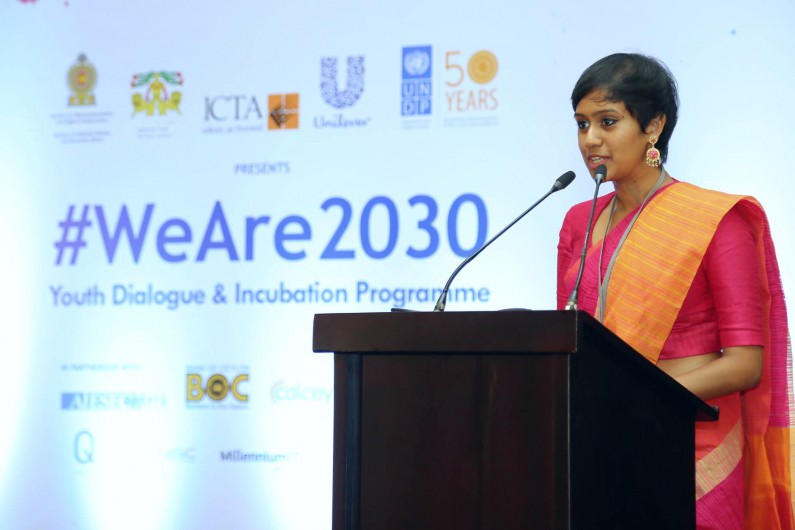 The UN Youth Delegates’ primary responsibility is representing the country at the UN. The criteria they used for the five selection rounds covers the capability of debating and discussing with other delegates, as well as writing the youth statement. We’re basically representing our country at the UNHQ in New York, so it was vital to make sure our voice was heard in a cacophony of many others and this wasn’t easy. It meant having to make sure to speak up at every available opportunity and represent (as best as possible) the youth of Sri Lanka.

My focus for this year is mental health, equal opportunities for women and better education opportunities, as well as character development. These can be my own personal projects. However, I do work with a couple of other ministries on developing programmes for young people. I can’t talk about them right now, but they’re broadly centered around entrepreneurship.

There are several but most often I find myself referring to the The Economist, Daily FT and Twitter updates—the latter can often be a hit-or-miss but is still quite effective.

Whoever writes the gossip column-esque articles (that pass as actual “news”) for local newspapers. Terrible, trashy writing but still an interesting insight into what captivates certain audiences.

There is a long and wonderful list of literature and cinema that belong here, but if I were to single out one book/film, it would be Wild (2014) by Cheryl Strayed.

There’s a moment in the story when the protagonist asks herself “What if all those things I did were the things that got me here?” and it touches upon a lot of important things for me. Life, with all its treacherous, sometimes unforgiving paths always take us somewhere; both good and bad. Wherever we end up is where we ought to be at that moment—and it all works out for the better.