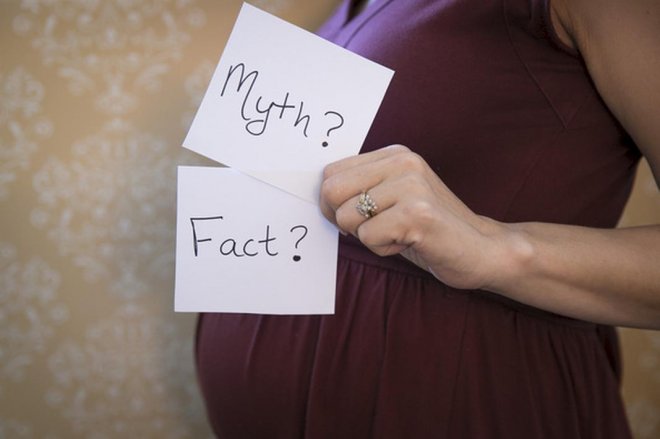 Pregnancy is a truly wonderful and exciting time, if you can overlook the endless puking, constant nausea, back pain, varicose veins, swollen ankles, pregnancy cramps, and not being able to see your own feet for two whole months. No really, childbearing is nothing short of a miracle and to pull through it requires superhuman effort.

In Sri Lankan communities, pregnancy is a cause for much jubilation and conjecture. To the upholders of patriarchy, it epitomizes the pinnacle of achievement for a female. To older generations, it is the fulfillment of their life’s desire of becoming grandparents and experiencing the long-forgotten joys of chubby little cheeks, tiny little fists, and fetid little nappies once again. For ageing female relatives and vocational busybodies, it is the perfect opportunity to noisily inundate you with a never-ending list of traditional pregnancy-related do’s, don’ts, and other random fun facts that they heard from their grandmothers, who in turn heard them from their grandmothers, and so on. Of course, they only mean to be helpful.

In Sri Lanka, the older females take it upon themselves to overwhelm young pregnant women with a steady stream of outdated pregnancy advice. Illustration by Aaysha Jaufer.

Several of these antiquated beliefs surrounding pregnancy still prevail in Sri Lankan society, regardless of whether they are rooted in truth or based on myth and superstition. To set the record straight, we have compiled a list of old wives’ tales about pregnancy and evaluated their soundness.

The shape of the belly has nothing to do with whether the baby is a boy or a girl. How the bump looks is determined by several physical factors. The size or shape of the bump is influenced by the position of the baby, as well as the mother’s own build and stature. If the mother is smaller, has a shorter torso, or is less fit, the bump will be more protruding and appear lower, larger, and wider. On the other hand, mothers who are taller or fitter will have bumps which look higher, smaller, and narrower.

Myth 2: If you look lovelier than usual during pregnancy, you’re having a girl. If your appearance deteriorates, it’s probably a boy.

In some cultures, this myth is reversed. According to the Chinese, if the pregnant woman looks like the back end of a bus, the baby is a girl. Conversely, if she radiates beauty, the baby is a boy. Needless to say, there is no truth in this myth. Everyone’s bodies react differently to the hormones released during pregnancy. The lucky ones get an enviably rosy pregnancy glow. Others suffer from swollen noses, puffy eyes, oily skin, broken capillaries, skin redness, acne, or patches of hyperpigmentation on their faces called melasma. That said, only an ultrasound scan done between the 16th and 20th week of pregnancy can determine the gender of the baby.

Myth 3: Eating large quantities of pomegranate or avocado during your pregnancy will make your baby beautiful.

This myth has been tried, tested and failed by many. Of course, maintaining a wholesome diet rich in fruits and vegetables when you are pregnant will make your baby stronger and healthier. However, your baby’s looks are determined by your genes, not by what you eat when you’re pregnant. So even if you eat your weight in guacamole, your baby’s still going to look either like you or your husband, not Angelina Jolie.

Myth 4: If you eat or drink anything hot (in temperature) during pregnancy, your baby will have very little hair.

Please do feel free to take a moment to reflect on the absurdity of this one. There is no use attempting to make a connection between heat and an unborn babe’s hair, because there is none. Whether your baby is bald as an egg or hairy as a little monkey depends on genetics, ethnicity, and hormones. Also, babies can shed their hair during the first six months after birth even if they are born with a full head of hair, so there is no point adhering to this belief anyway.

Myth 5: Consuming papaya, pineapple or raw garlic during pregnancy can make you miscarry the baby.

These foods are widely believed to be natural contraceptives, though there is little scientific evidence to back up this up. However, there have been studies showing that papaya seeds reduce fertility in adult male langur monkeys. There is also no conclusive data on whether these foods are abortifacients. It is said that eating unripe papaya and pineapple can induce premature labour because they contain enzymatic substances called papain and bromelain that soften the cervix. Nevertheless, it is considered safe to consume these foods in moderation during pregnancy. If you binge on them, we can’t account for your health.

Yes, there was a time when people actually believed that water was bad for pregnant women. Aside from being downright dangerous, this belief has absolutely no scientific basis and is not even remotely rational. It is important for pregnant women to keep themselves amply hydrated in order to replace the water they constantly lose. That said, this is the first we’ve heard of putrefying uteruses. It sounds nasty.

Myth 7: Bending over in the last few months of pregnancy can squash or deform the baby.

Bending over won’t harm your baby. The fetus has several layers of physical protection within and outside the uterus, including the amniotic fluid, spongy placenta, uterine wall, abdominal muscles, and belly fat. The amniotic fluid also acts as a shock absorber, protecting the bump against minor impact. The only reason you might want to avoid bending during pregnancy is the risk of toppling head over heels in the process.

Myth 8: If you use a sharp metal object, cook, eat, or take a bath during a solar or lunar eclipse when you’re pregnant, your baby will be born with physical birth defects or unsightly birthmarks.

Your uterine functions are not related to the movement of celestial bodies. Birth defects are caused by a number of physical factors, including the parents’ genetics, mutations in said genetics, advanced maternal age, and exposure of the expectant mother to microbial infections or harmful medications and substances like illegal drugs, alcohol, and tobacco smoke.

Myth 9: Consuming ghee before your due date will ease your labour.

It is believed that ghee will lubricate your birth canal and make your baby whoosh out with the speedy momentum of someone who has accidentally stepped on a banana peel. Of course, this myth defies all laws of digestion. Everything you consume is broken down during the process of digestion, and stored in or used by your body cells. So there is no way for ghee to magically materialize in your vaginal canal in all its gelatinous glory and hurry along your delivery. The only thing that can ease your labour is an epidural.

Myth 10: Consuming raw garlic after childbirth will “cleanse” your uterus.

Garlic is known to have antimicrobial and anticoagulant properties. While there is no doubt that garlic is beneficial to your immunity, there is no evidence to support the belief that it will purify your uterus after birth. The uterus cleanses itself naturally. After delivery, the placenta is naturally or manually expelled from the body. This is followed by a bloody discharge that can last for four to six weeks or even a month, until the uterus is fully healed and back to normal. An intake of raw garlic during this time will only succeed in infusing your breath with a stench frightful enough to scare away all your visitors.

As we have already established, pregnancy is not easy. And it certainly doesn’t help when your great aunt’s cousin tells you that something horrible will happen to your unborn child because her neighbour’s dog barked at the full moon when you were in your second trimester. You can rest assured, however, that there is very little truth in these ancient beliefs and as long as you follow the doctor’s orders, you’re going to be just fine.