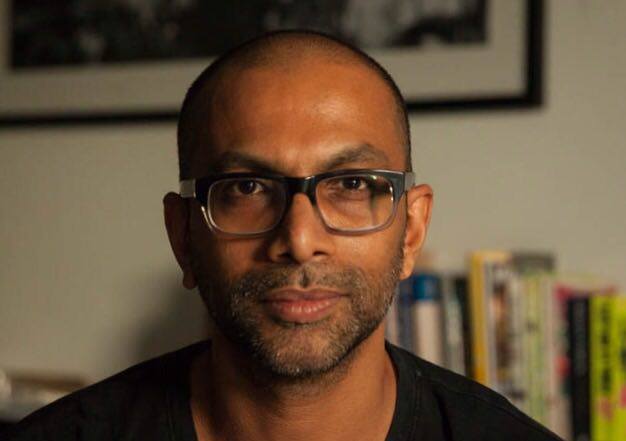 For Sri Lankan born British documentary filmmaker Kannan Arunasalam, filming Jaffna has posed some unique challenges. On one hand, he finds that he has better access to Jaffna than most: Kannan was born in Jaffna and has family there. On the other, there’s the constant fear for both him and his film subjects when it comes to covering sensitive issues ‒ like media freedom ‒ in post-war Jaffna.

Perhaps the best way to understand Kannan’s post-war Jaffna would be to look at it in stages: the first stage is of self-imposed censorship. For instance, in his 2010 documentaries, of which Paper, Kerosene and Koothu are representative, the viewer would note that the stories are placed almost entirely in the past, of the struggles during the war rather than contemporary life. “You wouldn’t even consider talking about a contemporary issue.  It was essentially a form of self-censorship. It was easier and safer to talk about a distant past,” said Kannan.

His 2010 documentaries Paper and Kerosene talk of life in Jaffna during the war-time embargoes. In Paper, for instance, a scarcity of newsprint puts the profession of journalism, and thereby news itself, in danger. Faced with such daunting obstacles, the newspapermen have to make do, even if it means using sheets of paper found in school exercise books.

Kerosene, a documentary which speaks of life during government embargoes on fuel, medicines and food in the 1990s. Image Credit: vimeo.com/kannanarunasalam

“They talked about it with strange nostalgia,” Kannan reflects. “They would smile and remember those days,” but he added that out of fear – fear which instilled a sense of censorship – he stuck to documenting life in the distant past. “What I wish is that I could have filmed life as it was happening. For mine and their own safety, I avoided telling the story of what is affecting them the most,” he said.

In contrast, the second stage of Kannan’s Jaffna films is a bold change. His 2014 film for Al Jazeera, News from Jaffna, pushes boundaries and touches on very sensitive themes, particularly for Jaffna. His protagonist, a young journalist working for the Udayan newspaper, attempts to write a news feature about a missing journalist, also from Udayan, who disappeared without a trace during the height of war. The story traces the young female journalist’s attempts to write her story despite fear and red tape in a heavily army controlled environment, while touching on issues like press freedom and the double jeopardy of being a female journalist in such a volatile environment.

As a testament to the instability of the environment at the time, Kannan shot most of his film guerrilla style so as not to attract too much attention to himself. “I was terrified, yes, and was getting steadily paranoid towards the end.” He talks of how he was anxious to leave Jaffna after shooting – but he still had to get one last shot, the most dangerous of all: a panoramic shot of Jaffna town. “We looked everywhere for a building not ‘connected’ to ‘anyone’,” he said. “In the end, with my father’s help, we found a newly completed mall from which we got the shot. I had almost given up,” he confessed.

Talking about the paranoia he felt while shooting, he explained that he was most worried about having his footage confiscated. “I backed everything up, but I was taking a military plane back. I acted as if I wasn’t doing anything out of the ordinary and realised that it’s fear that stops me. That’s what stopped me back in 2010,” he said.

We met up with Kannan shortly before he left for Jaffna for what promises to be the third stage of his Jaffna documentaries, and the difference, according to him, promises to be huge. “For the next few films – I’m thinking we can do anything. There’s so many possibilities now. It’s a different phase. I would love to do a feature film, something we weren’t able to do before because we couldn’t risk spending a long time with somebody. You have to ensure that the subjects are secure to warrant for a feature length film,” he said.

Watch out for the release of his latest documentary film “Sampur” based on the return of displaced communities from Sampur, Trincomalee. You can also follow Kannan on his many adventures on the Stateless Media Facebook page and the Iam project website.