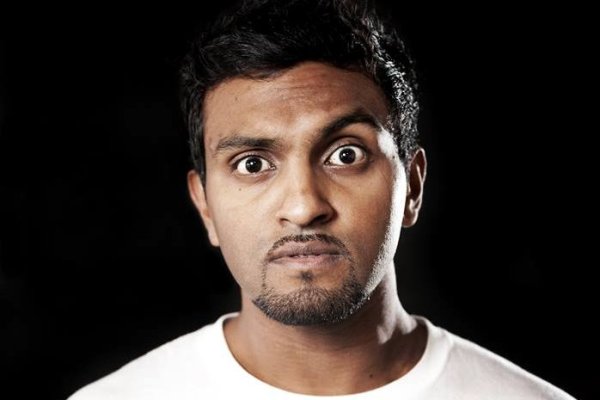 Australian stand-up comedian of Sri Lankan descent, Nazeem Hussain, will be performing tomorrow at the Sri Lanka Exhibition and Convention Centre for the first time in his career. Roar caught up with the ‘Legally Brown’ funny man for a quick and – at times sombre – chat.

Q: Your material focuses heavily on racial prejudice and stereotypes, etc. How responsive is your predominantly non-Muslim audience to it?

A: People who come to my standup shows are Muslim, non-Muslim, white, Asian, brown, black – Australia is a pretty multicultural place. Audiences tend to react quite positively. If they come to a stand-up show, they expect the material to be a little progressive, push some boundaries, ask some questions that you don’t ordinarily get to talk about in the general public discourse.

So yeah, it’s pretty positive. Australia has a good culture of being able to laugh at themselves, and also to ask some provocative questions. I feel like that’s a great similarity we have with Sri Lanka. Sri Lankans have got one of the greatest senses of humour. Sri Lankans are a storytelling people. They love telling stories that are often quite self-deprecating. I think it’s always generally pretty positive.

The negative responses that I get tend to be from people that are not interested in the content, and they’re pushing a white nationalist Australian agenda. Which is fine. I don’t have any problem with that sort of negative response. If you’re upsetting those sort of people, you’re probably saying the right thing.

Q: Have you ever encountered anything like that in one of your shows?

A: Yeah, often. If you’ve got a room of a few hundred people, there might be one or two people that vehemently oppose what you have to say. But statistically that makes sense. I think every society has those kind of sensitive people who are not excited by change and progress.

Q: Do you ever feel pressured to be politically correct, especially in a country like Australia?

A: Australians like to consider themselves multicultural, progressive and inclusive, but the reality is far from that. I think Australia does have a pretty deep undercurrent of racism that doesn’t often get spoken about very honestly; and comedy is a vehicle that allows people to start having that conversation, in a very positive way. Because if you’re laughing at those jokes, you’re sort of having that conversation in a way that you can’t do in other mediums. In the political sphere in Australia, it can often become quite heated and negative and you can’t honestly and comfortably and lovingly talk about how to improve Australia. It becomes quite argumentative and adversarial. Whereas in comedy, everyone in the room is sharing a positive experience. You can laugh at the absurdities of racism, and together you can start to imagine a more positive environment. Well, at least comedy likes to propose that imaginary society. (I don’t know if that made any sense, to be honest *laughs*)

Q: Racism is a touchy topic in Sri Lanka. Lately there have been some tensions between some sections (a vocal minority) of the Sinhalese and Muslim communities in this country. Will you be addressing this in your show tomorrow?

A: As much as Sri Lanka has its problems with racial tension, at the same time, it’s also a very harmonious society. Sri Lanka has a predominantly Buddhist community, a Hindu community, a Muslim community, a Christian community and an atheist community. What it likes to do, and often does quite well, is celebrate that diversity. Yesterday it was a public holiday; for every religious celebration there is a holiday. I mean, do you guys ever work a full week?

Whereas in Australia, we are all multicultural, but we don’t like to celebrate those differences. We’re scared of them – the equation in our brains is ‘difference = division,’ as opposed to a colourful unity or a social fabric that represents the reality of the 21st century. I think Sri Lanka does it better than most of the West. It’s great.

Yeah I know there are problems between Muslims and Buddhists, etc. but where I’m from, in Australia, those problems are equally important. So I think we can maybe draw some parallels. I don’t think I want to talk directly about what happens here, because I don’t want to get in trouble. I want to board a plane back to Australia. *laughs*

Q: Can we expect any jokes at all about what’s going on here?

A: I might be able to talk about Sri Lanka whilst talking about Australia. Maybe the audience can make that connection? But I don’t want to be shot… or beaten with stingrays (am I allowed to say that?)

Roar wishes Nazeem all the best for tomorrow’s event, and here’s hoping he returns to Australia minus any stingray injuries.