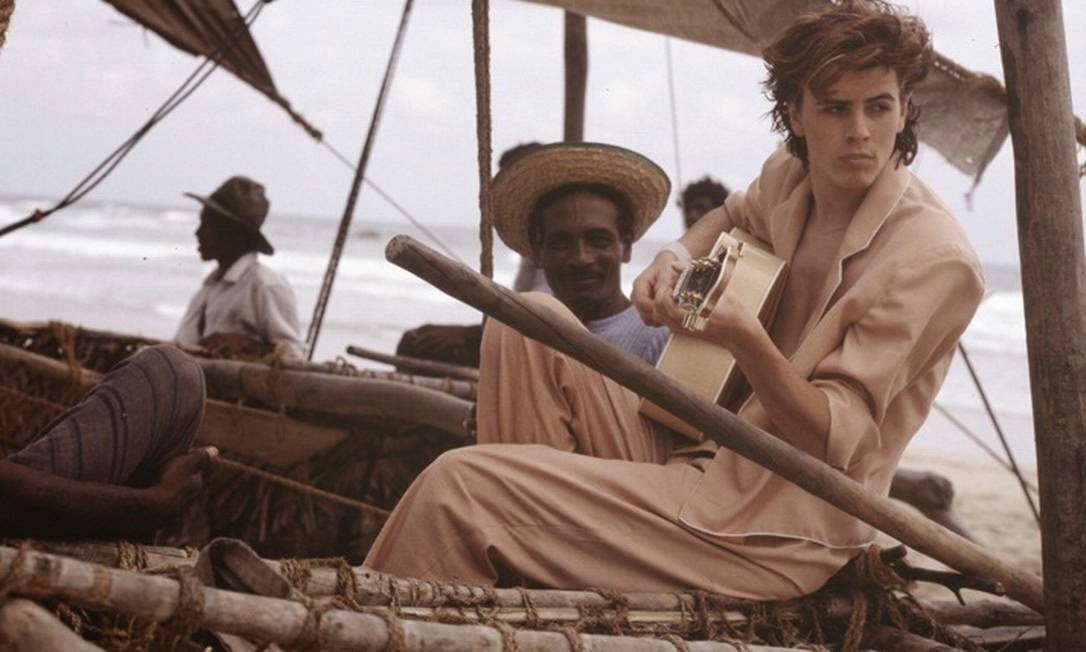 While we locals know how great Sri Lanka can be, on a global scale our pearl of the Indian Ocean is a miniscule insignificant dot dwarfed by giants. so it comes as no surprise that no one really knows about us. What they do know has made the island seem like this otherworldly exotic location, which is made all the more clear when Sri Lanka gets referenced in any TV show or movie from the West, or sometimes even the East. Even if it is ridiculous, it still brings a little hit of happiness and pride when it happens.

We published a list before, but here’s some more we’ve found since then. Possible spoilers to follow.

Covert Affairs is drama/action series starring Piper Perabo that aired on the USA network from 2010 to 2015. Sri Lanka is heavily featured in the pilot episode as the lead character, Annie Walker, is backpacking in Sri Lanka when she meets her love interest in Unawatuna.

Unfortunately Unawatuna is clearly CGI but later on there is an exciting chase scene through the streets of Pettah, including some helicopter footage.

America’s late night chat show titan Jimmy Fallon took advantage of the lack of knowledge of Sri Lanka out there for his game segment “Wax On Wax Off” on the Late Night show. A wrong answer got the unfortunate contestants chest hair waxed off on national television. Take a look at the questions and see if you know the answers.

For a long time the only thing most people knew about Sri Lanka was the 30 year long conflict. A conflict that seemed like it would never end. The creators of Japan’s long running anime franchise Mobile Suit Gundam may have felt the same. A three episode arc of Mobile Suit Gundam 00, set in the year 2307, is all about Sri Lanka. The eponymous Gundams (which are advanced humanoid combat weapons) are sent to Sri Lanka to resolve the conflict, which has been raging for 300 years at that point in the anime’s timeline.

Ghost Recon Predator was an entry in the popular Ghost Recon tactical shooter video game series available for the Playstation Portable Console. The elite unit “Ghosts”, which you play as, must hunt down terrorists in Sri Lanka in preparation for a US invasion force.

HBO acclaimed series “The Young Pope”, on the fictional Pope Pius XIII, the newly elected Pope and former Archbishop of New York played by Jude Law, has an actual Sri Lankan playing a Sri Lankan. Actress Nadee Kammellaweera plays Sister Suree in seven episodes and name drops Sri Lanka in episode four. Although, admittedly, it isn’t a happy name drop.  She is the daughter of famous Sri Lankan writer Jayathilaka Kammallaweera and spouse of renowned singer, Kasun Kalhara. This isn’t the first time she starred in a foreign production either. She also had a role in 2003’s “Mother Teresa of Calcutta”

We aren’t aware that Sikhs were killing Israelis, but it certainly didn’t happen in Sri Lanka like Timothy Bryce believes in American Psycho.

Del Preston in Wayne’s World 2 has the most insane story about Sri Lanka. If they swapped the Bengal tiger for an elephant it might even have been believable.

British rock legends Duran Duran famously shot three of their best music videos in Sri Lanka. You can read our extensive article on them here.