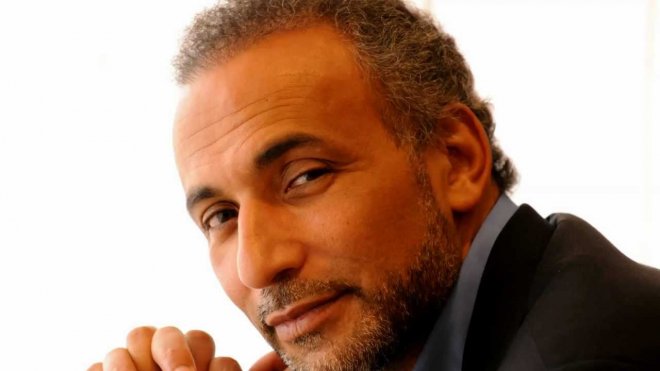 Tariq Ramadan And The Case Of The Multiple Identities

Prominent scholar and philosopher, Professor Tariq Ramadan is a complex blend of seemingly incongruent identities. He often describes himself as “Swiss by culture, Muslim by religion, Egyptian by memory, and Moroccan by adoption”. Professor at Oxford University of Contemporary Islamic Studies at the Faculty of Oriental Studies, Ramadan’s academic and public focus is on Qur’anic interpretation and the role of Muslims in contemporary societies.

The eminent academic’s Colombo tour consisted of a handful of public lectures addressing a plethora of inter-faith issues and Islamic theology, most already covered in his prolific published works. In smaller gatherings such as the lecture held at the ICES on “Muslim Minorities: Contemporary Challenges”, Ramadan also reflected upon the ethnic and religious existing fissures in Sri Lankan society.

Ramadan’s rhetoric is clear; that people need to stop “negative definition”, or defining their own identities only in opposition to others. He repeatedly stated: “Define yourself by what you stand for, not what you stand against”. His deeply theological yet liberal outlook has set him up as a prime target of anger from both ends of the spectrum – Islamophobes and radical Islamists. He’s persona non grata in many Muslim-majority countries including Egypt, Saudi Arabia, Syria, Algeria and Libya for his open criticism of their non-democratic regimes.

He was also temporarily banned from entering the United States and France due to allegations of involvement with terrorist-linked organizations. These allegations and the bans were later lifted, and Ramadan blithely quipped that it was “an honour to be banned under Bush’s reign anyway”.

Ramadan garnished his views with engaging anecdotes of peer discussions with the likes of the Dalai Lama and Richard Dawkins, illustrating the importance of intelligent discourse. He explained that this wasn’t despite differing religions or beliefs, but because of them. These differences, he claimed, make individuals delve further into their spiritual journey to understand their own beliefs, often finding universality the deeper you search.

Ramadan touched upon his “3 Ls” of societal integration: Language, Legislation, and Loyalty. He explained further that Muslims in non-Muslim majority countries need to immerse themselves in the country they now belong to by learning the language, following legislation (as long as it is just), and showing true loyalty to their country, not just their faith.

In a Lankan context, he expounded his view that the island’s future needs to be built out of mutual contribution, which requires a change of perception and understanding via self-criticism. This essentially boils down to an attitude of communal responsibility and accountability.

Manipulation of the Marginalized

In discussion with Ramadan, it was pointed out that there’s a flaw in this recommendation: the key issue here is that the subtleties of intellectual and theological discourse and spiritual introspection are lost on the people most affected by racism and a lack of integration – the poor. While Colombo’s intelligentsia can pride itself on being strongly interfaith and multi-ethnic, the marginalized poor (both urban and rural) deal with the daily frustrations that make them susceptible to religious and political manipulation.

It’s an unfortunate universal truth that people oppressed economically or politically, who lack franchise due to their social position or minority status, are most vulnerable to the lure of extremist views. Or at the very least, vulnerable to ideologies that create a common enemy to blame; “the other” (in his illustration of “the other”, it’s easy to see Ramadan’s roots in existentialist philosophy!). In response to the query of how high-brow ideology and nuanced spiritual discovery could counter the much stronger lure of anger, Ramadan explained that a lot of responsibility lies in political responsibility and accountability at grassroots levels. Essentially, a sense of communal social justice in rural areas must be instilled via more than just charity – he stressed the importance of education, inclusion, and interfaith discourse.

Over the span of Ramadan’s session of public lectures and discussions in Colombo, there were a number of interesting takeaway points to consider. He emphasized the importance of realizing that social justice extends to environmental responsibility, and that countries like Sri Lanka must be careful not to allow themselves to be re-colonized by consumerism and conglomerates.

Given the recent refugee crisis affecting Syria and the world, he clearly stated that human dignity is non-negotiable (a view also popularly aired by German premier Merkel). Ramadan explained further that it’s exceedingly important for migrants and inter-faith populaces to create and encourage their common narrative – a narrative of belonging, not self- isolation.

In the same vein, he stated that Sri Lanka needs to promote its interests as a pluralistic society of people who are witnesses to their own tradition. He explained that each individual consists of multiple identities that can each be showcased dependent on context – when it comes to prayers they can be religious but when it comes to politics or even cricket, the Sri Lankan identity must always be foremost. In the lion’s share of his lectures, he concluded by earnestly insisting that individual faiths need to stop holding forth on where they come from and focus on where they are going together.

With a strong message of inclusion, Ramadan’s tour was a fascinating lesson in how faith and rationality can not only co- exist but complement each other.