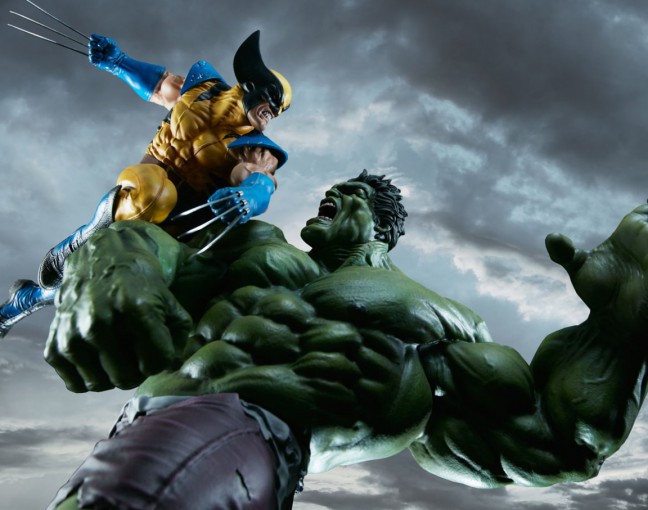 There was a time when being labelled a ‘nerd’ meant you were the laughing stock at your school or your workplace. But the term has taken on a new meaning in recent times, and is often used in relation to pop culture and ‘geekism’ in the modern era—and being a ‘nerd’ (or a ‘geek’) is now celebrated worldwide.

Sri Lanka is no exception—we have our own comic con complete with dedicated (and talented!) cosplayers, our very own comic books, merchandise collectors, video games, board games and whatnot.

Geek merchandise can be defined as a number of products, such as comics, statues, video games, toys, posters, collectibles, figurines, and all the other various items that are produced after branded products by various artists, designers, and creators. Most of this merchandise can be found overseas and is widely available for purchase on the internet.

Collectors’ interests can vary, as do the wide array of merchandise that is available. There are comic book and graphic novel collectors, scale model collectors, and figurine and statue collectors. The best place to find them in Sri Lanka would be here.

Avid collectors go to great lengths when trying to locate comic books and merchandise of their interests in Sri Lanka. Their only resort is, of course, purchasing them online (unless they, or somebody they know, is lucky enough to make a trip abroad), because the Sri Lankan market has not allocated enough space for the geeks. But even then, collectors have to face exorbitant shipping prices, clearance charges, service charges, hassle at the Sri Lanka Customs when clearing their products, and having to explain their unique interests to the local authorities. (Imagine having to explain your X-Men obsession that led to your purchase of a replica of Wolverine’s claws, to a suspicious Customs officer, who sees the product as a weapon rather than a toy.)

Likewise, even though there were a few local bookstores that brought down several comic books and graphic novels in the past, you don’t see them that often anymore. Some claim that it’s because there’s no proper market for it, and the imported books will only collect dust on the shelves, which will be a loss to the company.

However, since of late, several groups of likeminded individuals with a passion for all things geeky and nerdy have created a niche market in this island nation that cater to the needs of all collectors.

Collectique came into play rather recently, but was able to take the niche market of collectors by storm, offering a wide variety of merchandise shipped straight from the US or other countries. A Spider-Man statue displayed once upon a time at Collectique. Image courtesy Eternal Moments Studios.

Collectique opened its brand new gallery in Kotte recently, and hopes to provide a bigger service to collectors around the country. If that’s too far for you, you can also order through their online store and Facebook page. This writer includes a warning in here, however, as the merchandise Collectique has to offer is bound to empty out your wallet and create a significant dent in your bank account eventually—even if you’re not a collector but just an average joe who enjoys a comic book movie every now and then, you will find yourself irrevocably in love with some of the statues/figurines that are on display at the Collectique store. (We may be speaking from personal experience).

Red Dot Geek sells comic books that are ordered and shipped from overseas, delivered to your doorstep efficiently and at a relatively low fee.

They specialise in comic books, graphic novels—old, rare, or new—and the occasional statue, action figure, or toy. You can pre-order your choice on their website or drop them a message on Facebook. The Red Dot Geek is a bit of a nomad. You’re likely to find him and his stall at any geek festival/celebration or book-related event. Image courtesy writer

Big Boy Toys has been on somewhat of a hiatus lately, but it’s not for the lack of quality service.

Featuring a wide variety of merchandise and collectibles, Big Boy Toys is only a call away (or a message away, if you would prefer that) for you to order or pre-order your product and have it delivered to your doorstep at a reasonable price. In spite of its name, Big Boy Toys is very serious about their passion towards all things geek. Image courtesy Big Boy Toys

There aren’t many of those who have come across this mysterious trader, who, as the legend goes, is a one-man team dealing in your geeky needs. Action-Figures.lk specialises in importing Eagle Moss statuettes—which are basically pint-sized figurines of various characters from movies, television series, cartoons, and comic books.

However, Action-Figures.lk also caters to your needs if you’re not particularly interested in small figurines. The merchandise is imported directly from the USA and Canada. So just drop them a message and see what they have in store. And the Age of Ultron continues… on a miniature scale. Image courtesy Kanagalingam Rishidaran

Funko’s Pop and Vinyl collection—the cute and adorable bobblehead-like series of figurines—took the geek merchandise industry by storm more recently, and the effects of it were seen even in Sri Lanka.

As a result, the inception of Funko SL was inevitable. Although not an official part of the Funko mothership, Funko SL brings down merchandise from the beloved collections of the US and Canada to Sri Lanka, depending on your orders. Yamato One is all about the Japanese anime fans in Sri Lanka and fulfilling their wide-eyed needs about everything anime. Right now they sell through their Facebook page where they actively engage with their enthusiastic and loyal customers. They also have an online store that delivers island-wide. But soon you will be able to find them at a physical store in Rajagiriya. They’re just waiting for the place to be built.

Alongside their anime and manga collection, Yamato One also caters to video game fans, providing an array of merchandise from popular video games as well.

Faniacs is where you go to, when you want to show off your geek cred to the world. Dealing in t-shirts, sketch books and posters that depict all things awesome and geek, this is definitely a place you need to check out.

The unique thing about Faniacs is that they have their own network of artists and designers that make unique, custom art for their products. So in a way, it’s limited edition, making it all the more precious.

Faniacs can be contacted via their Facebook page and their online store. You can also find their merchandise at the Collectique store and gallery in Kotte.

Is There A Collector In You?

If philately is something that you would consider “not-hip” for this day and age despite its immense popularity, collecting geek merchandise may be right up your alley. It’s true that it can be an expensive hobby, but one that adds variety to life—and a little colour to your interior decor.

In case this article has struck a chord with the collector in you, you’d be happy to know that Red Dot Geek, Collectique, Yamato One, and Faniacs have confirmed as vendors at Lanka Comic Con 2017. Drop by the SLECC on August 26‒27 to check them out.

A previous version of this article was published on April 22, 2017. Roar is an official media partner for Lanka Comic Con 2017.