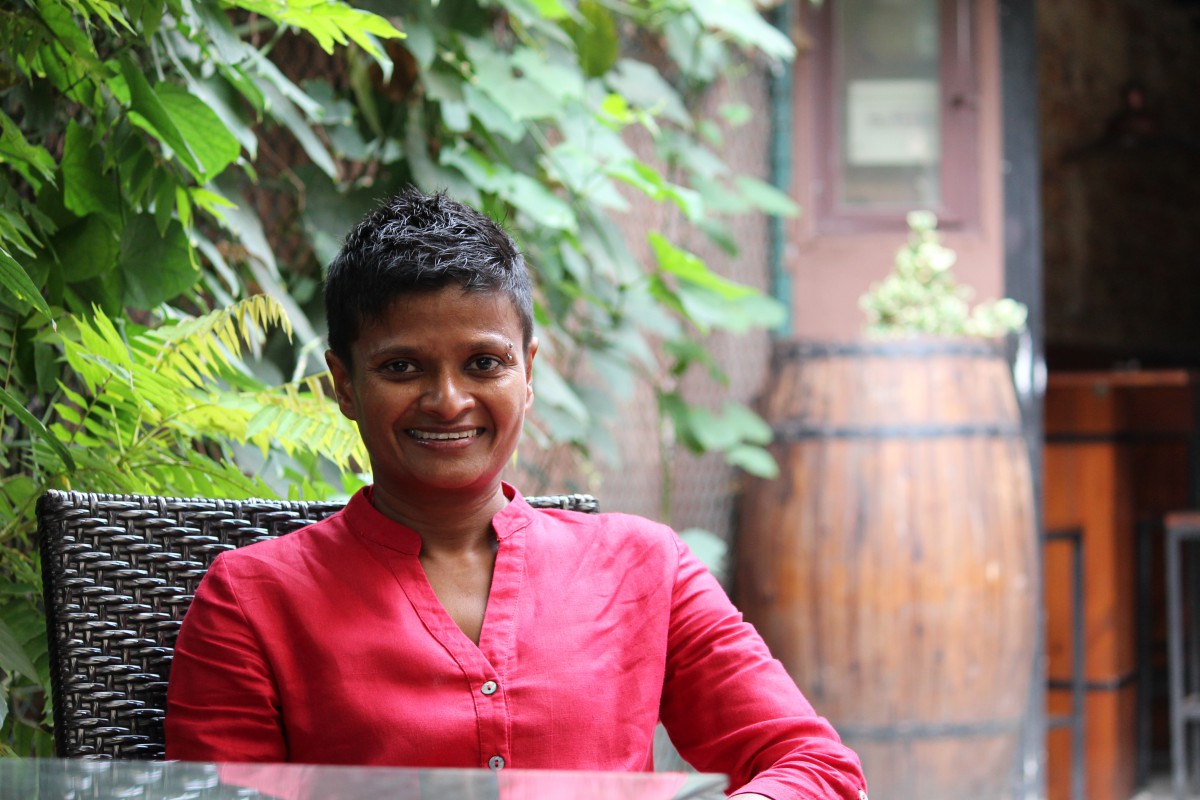 In the 18 months since Jayanthi Kuru-Utumpala returned from Mount Everest, she has completed close to 50 interviews at home and abroad. Not wanting to join the ranks as just another number, Roar Media promised Jayanthi a conversation only about the future, without a single mention of Everest.

What has surprised you most about your return from Everest?

I never thought I’d be in an advert! [Jaythani starred in a popular television commercial for New Zealand milk producer, Anchor].

I felt like they wanted to change perceptions of what a woman can be. They didn’t want a stereotypical mum in the kitchen giving milk to her son before school. They had me running up a mountain, wearing what I normally wear when I’m training—I got to wear my own shorts, t-shirt and trainers! And the message was very much that other women and girls can do this.

As a prominent women’s rights activist have you been involved in the #MeToo social media campaign?

No, I haven’t made a post personally about it. I support it, but I haven’t posted. It’s become a campaign to name male perpetrators, but really it’s not as simple as that. Many women would have to name their boss or a family member. There is a bigger structural problem at work here. Where are the problems that women face in Sri Lanka?

[Around] 99% of women have had an “experience”—harassment in the workplace or street or home or wherever. I don’t walk around Colombo after 7.30pm because there will be a bunch of guys around street corners saying something. And who knows what could happen?

But the problems women face are structural too. We have a quota now of 25% women in low-level government positions, but there is no quota higher up. Did you know there are only 12 female politicians in Parliament out of 225 positions? Anyone can check the [management] boards of Sri Lanka’s biggest companies. I’ve done a web search myself: Only a handful of companies have women on their boards. This means little or no women at the decision-making levels of society.

So how it is possible to progress women’s rights?

We start at the bottom—at pre-school level. That’s what I’m involved in now: Think Equal. It’s a new global education movement to teach equality in pre-school. Sri Lanka is the first country in the world to pilot the programme! It’s rolling out in 19,000 pre-schools from January 2018.

According to neuroscientists, children have maximum brain plasticity at the age of 0-5. This is the time when behaviours, attitudes and values are developed. So, the Think Equal curriculum has been specially designed for 3-5 year olds.

Maths and literacy and the sciences are important subjects, but we also need to teach our children how to be human beings. Emotions like empathy and compassion, alongside skills such as peaceful conflict resolution and self-regulation: life skills.

Where do you fit personally into the Think Equal story?

The programme was founded by Leslee Udwin, a British film maker and human rights activist. She directed the powerful documentary India’s Daughter, about a gang rape on a bus in Delhi. When she was interviewing the perpetrators she was shocked by their lack of remorse. They didn’t care about what they had done. Leslee realised there is something terribly wrong about the world’s education system. That’s when she conceived Think Equal.

I guess I fit into to the Think Equal story with my own experience of gender-based violence. Years ago, when I used to travel by bus in Colombo I would get sexually harassed every single day. Every day. There are guys dressed in sarongs, riding the bus at the busiest times, just to harass women. And if a woman speaks up about it, the conductor or whoever else will say, “If you don’t like the bus, go ride in your Mercedes Benz!” As if to say, this is the way it is. As soon as my salary allowed me, I got a moped! Jayanthi’s Everest  journey has been made into a children’s book for the Think Equal curriculum.

What other important gender-based activities are happening in Sri Lanka?

The Women of the World festival (WOW Festival)! It’s coming to Colombo on the 2nd and 3rd December.

I’m one of seven curators, well, more of a Gender Specialist [Jayanthi has an MA in Gender Studies (2009) from the University of Sussex, UK]. The festival will celebrate women’s achievements. It will also provide a safe space for women to talk about their struggles and gender inequality. Most importantly, it promotes a conversation to find solutions to such problems.

There will be activities to get involved in (from touch-rugby to yoga), panel discussions and some amazing speakers. I can’t reveal too much yet…

OK, we’re running out of time. Anything else you’d like to talk about?

Yes! “The Himalayan Foundation – Sri Lanka” – has just been set up by an informal group of Sri Lankan mountaineers (myself included). The main purpose of this Foundation is to give advise and provide guidance to other Sri Lankans wishing to undertake high-altitude mountaineering expeditions in the Himalayas and beyond.

Becoming the first Sri Lankan to climb Everest has clearly shown that one’s gender really doesn’t matter. What matters is that each of us is also given the same opportunities and treated equally.

If you’re interested in Jayanthi’s work, you can reach out to her and The Himalayan Foundation – Sri Lanka on their Facebook page.