The Prevention of Terrorism Act (PTA) has faced increasingly widespread criticism since 1979, when it was enacted after being introduced, debated and made law in Parliament all in one day, under President J R Jayawardene. How does it affect you?

Because of the legislation’s vague terminology and unchecked expansion of police, military and judicial powers, PTA arrests have been carried out in response to a wide-ranging variety of so-called ‘crimes’. While the presumed official reason for enforcing such a stringent national security measure was to combat increasing Tamil separatism militancy in the North, the first two people to be arrested under the Act in 1979 were Sinhalese activists of the then-opposition SLFP. Since its inception, the Act has been used to crack down on dissenters and critics of the state with impunity for virtually any ‘crime’ — criticising the government, participating in protests, commemorating war victims — meaning that any dissenter of the state is at risk. 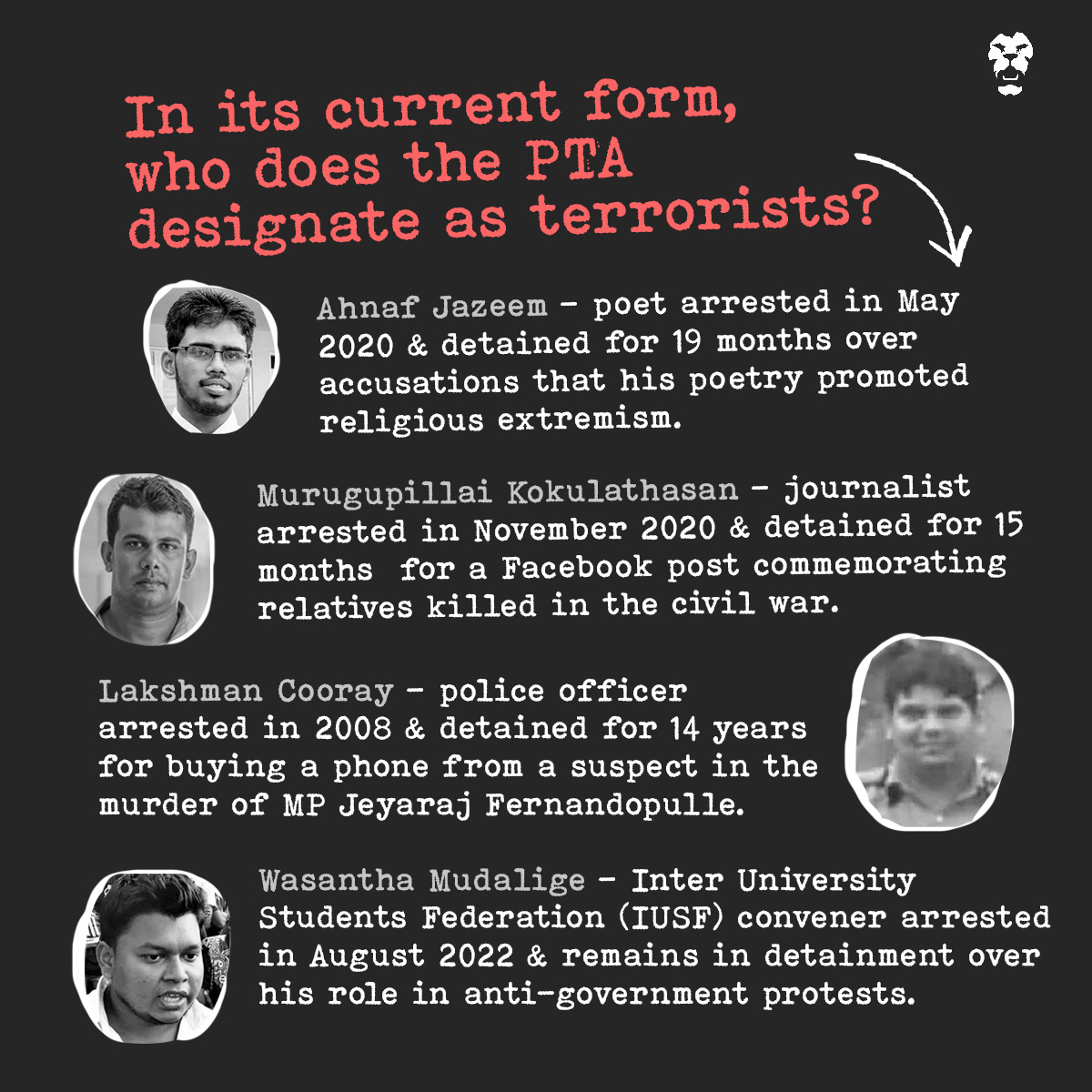