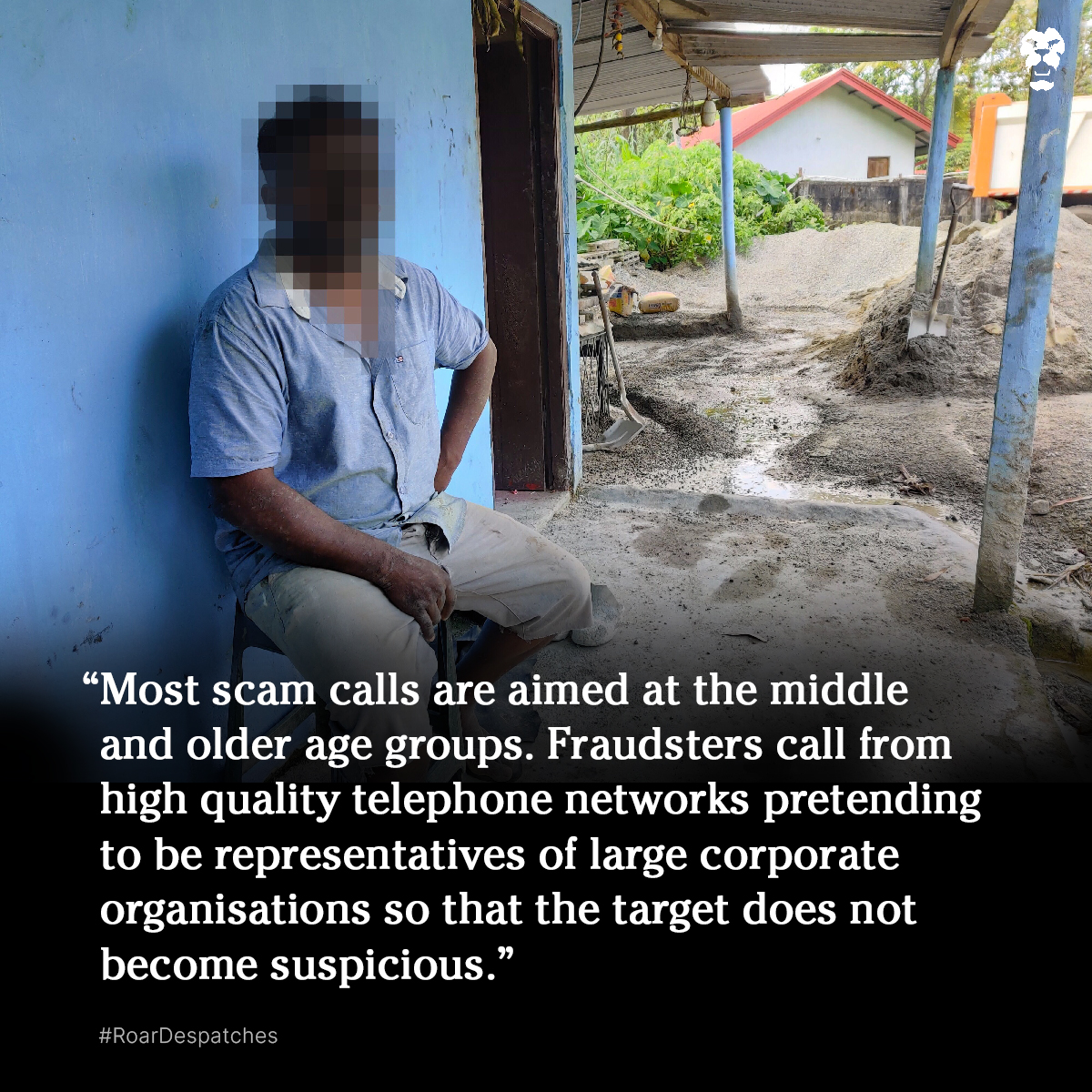 As Sri Lankans struggle to get by amidst an economic crisis, some people have turned to running scams in order to make money. Mobile scams, specifically, are on the rise, in particular targeting groups that are more vulnerable to disinformation.

Raja* was a recent victim of one such scam, and said that the scammers posed as representatives from established telecom companies. “Fraudsters have been using different well-known brand names to extort money from the public,” he told Roar Media. Local telecommunications companies are known to call customers offering various promotions and benefits, making this ruse easier to believe.

The calls start, Raja said, with the announcement that the victim has won a cash prize, but they are told that they can only claim it by paying a fee or tax. “They confuse their targets into thinking their fee cannot be deducted from the prize money they have won, and that if they don’t pay, the entirety of the prize value will be lost to them,” he said. Targets are sent a bank account number to which to transfer this fee, and the scammers block their phone number upon receiving the money.

“The victims realise they have been scammed only after they find out that the person they deposited money to cannot be reached on the phone again,” Raja said.

Scammers go to great lengths to make the scheme seem legitimate and avoid raising the suspicions of their intended victims, including using high quality telephone networks and giving intended victims various reasons as to why they should not divulge details of the call with anyone else, according to Raja.

It is difficult to track down individuals or groups running these scams because of a lack of clear cybersecurity laws in Sri Lanka, as well as a lack of awareness among the public.

“Stay away from fake calls,” advised Raja. “If you receive a message from any company that you have won a prize, first contact the official phone number of the company. Don’t be fooled by scammers.”

*names have been changed