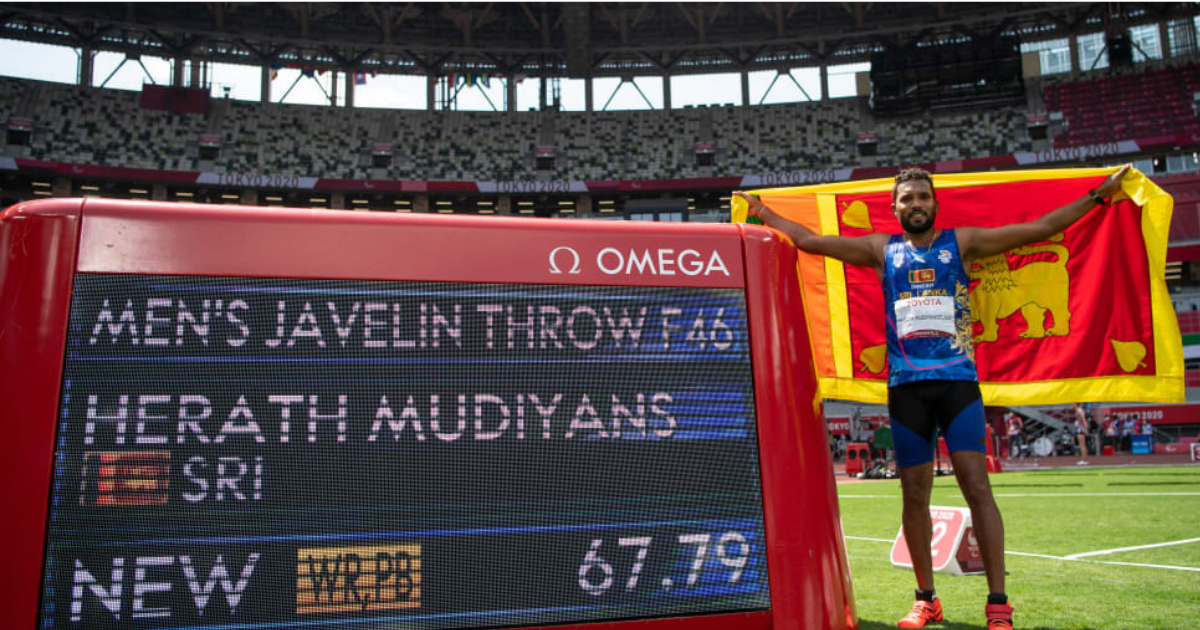 Herath is also the first ever Sri Lankan to win a gold medal at a Paralympics Games.

Born on 15 July 1986 in Kagama, Anuradhapura, Herath is the second child in his family. He attended the Kagama Dathusena Maha Vidyalaya for his primary and secondary education.

In 2004, at the age of 18, Herath joined the Sri Lanka Army (3rd Gajaba Regiment). However, he was wounded in Kilinochchi on 16 December 2008, five months before the war ended. He retired from the Army on medical grounds at the age of 22, and spent four years recovering before he was able to take up sports.

Herath attended selection trials for the 2012 Summer Paralympics and secured a gold medal in a championship event held in Malaysia. However, he did not qualify for the 2012 Paralympics as he was not included in the world rankings. He took part in the 2014 Asian Para Games and was placed sixth in the javelin throw event.

At the 2017 World Para Athletics Championships, Herath won a silver medal in the javelin event and became the first Sri Lankan to win a silver medal at a World Para Athletics Championships. “I worked hard during the last six months and I saw my family members only four days during the past six months. After the battle injury, it was the Army officers who dragged me for training,” he told the Sunday Observer in December 2017.

He also claimed a silver medal in the men’s 46 category at the 2019 World Para Athletics Championships by clearing a distance of 60.59 metres.