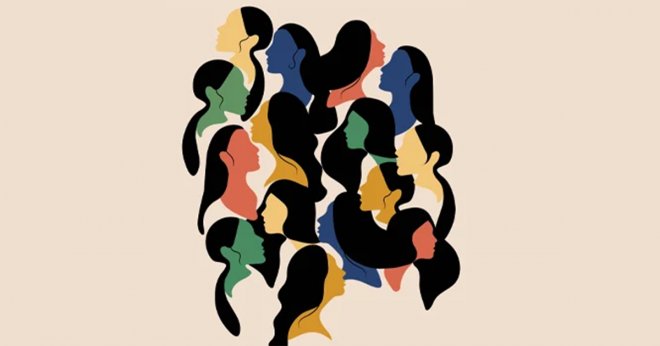 Amita Arudpragasam
contributor
21 Jan 2022
5.3K Views
5.3K Views
Share Save for later
This article is written by a contributor.If you want to write for us, check out our contributor platform.

Men are twice as likely as women to be employed in Sri Lanka. This impacts men, women, children and the economy at large. The country’s female labour force participation (FLFP) is lower than that of its regional neighbours like Nepal, China and Bangladesh. In fact, Sri Lanka has the 20th largest gender gap in labour force participation in the world.

Instead of increasing over time, however, Sri Lanka’s FLFP decreased by over 10% in the last three decades. Why does this matter? For reasons both principled and pragmatic.

First, the economic benefits of reducing barriers to female labour force participation are tremendous. When the best person for the job stays at home because of discrimination, glass ceilings or other adverse working conditions, the result is a staggering talent misallocation. Shanika* (32), an architect, left her last job because her employer was “a pervert”. “The straw that broke the camel’s back was when he hit my bottom with a plank lying in the office in front of all my colleagues,” she told Roar Media. Shanika says that this kind of work environment discourages many talented women from joining the workforce.

According to one study, Sri Lanka could add 14% ($20 billion) to its annual GDP by 2025 by increasing female labour force participation and the number of paid hours women work, as well as by adding women to higher-productivity sectors. After India, this is the largest relative gain projected for the Asia-Pacific region. In the context of expected sovereign debt default — where access to capital markets and multilateral loans will close-off and government spending will fall — economic gains of this scale cannot be ignored.

Second, improving FLFP will also help Sri Lanka combat an ageing population. Sri Lanka is one of the fastest-ageing countries in the world. The country’s labour force will stop growing around 2030, and then begin to shrink. This means that every year, working individuals must support an increasing number of the Sri Lankan population. Failing to plan for these demographic shifts will add incredible stress to the lives of younger Sri Lankans. When women are not formally employed, they can also be denied access to critical social security benefits such as pensions.

Labour statistics, of course, do not capture women’s work in its entirety. Women who aren’t accounted for in these statistics continue to work without pay — cooking, cleaning and caring for children, the elderly and the sick. Kishali* (49), a former research economist, discontinued employment in 2002 to take care of her two children. Her work day would begin when her children woke and would end only when they went to sleep at 8:00 p.m. She has also been the primary caregiver for a father with dementia and a mother who has lived with Parkinson’s Disease for over 20 years. Kishali estimates that she spends up to four hours in the morning doing housework and an hour or two in the evening preparing dinner. Like unpaid labour, informal labour — largely female in composition — tends to be ignored or unreported in national statistics. But since these omissions exist in labour statistics across the world, they do not explain why Sri Lanka’s FLFP is lower than those of other comparable economies.

Greater labour force access is not just instrumentally beneficial — it is also intrinsically good for individuals and a matter of principle. Women who are paid for work tend to have more bargaining power, make more decisions and control more resources within the household. Najla Yehiya (42), who heads a department at a private educational institute, said that many homemakers from her community are constrained in financial decision-making by their husbands. She said she “feels lucky” to be married to someone who supports her [financial] decisions, including her desire to work. “I really enjoy having my own income, it's satisfying and rewarding… when I take ‘me-time’ or make decisions I don’t have to ask anyone, I don’t have to say anything to anyone,” Yehiya said.

Examples from elsewhere in the South Asian region also point to more autonomy among women with better labour force access: in Pakistan, employed women were found to have more say in family planning and household expenditures. In Nepal, women who work for cash were more likely to participate in decision-making related to healthcare, visits to their family and relatives, and household purchases.

Removing barriers to labour force participation means equality in other ways, too. According to a holistic account of female work that, unlike labour force statistics, includes house and care work, women globally account for 52% of total hours worked and men only 48%. Men’s share of paid work, however, is almost twice that of women in Sri Lanka.

Greater access to work also allows women, and their families, greater material freedom. Nojitha Sukumaran (21), a kitchen assistant from Batticaloa, left home to work in Jaffna despite resistance from her mother. Her income is now an important source of revenue for her family. She relates with pride how her salary enables her to purchase gifts — new clothes for her parents and a smart-phone for her brother, even though she doesn’t have one herself.

Women of all income-levels may also derive value, community and a sense of purpose from paid employment. Before Farida Jeevunjee (57) quit her job to start a family, she worked as a secretary at a sales office: “I always feel as if I should have continued working,” she told Roar Media. “It would have changed me. When I see the social circles that my [employed] sister-in-law is part of, I think about how nice it would have been to have my own [work] community. I would have been a part of more organisations and had a greater sense of achievement.” When women are prevented from working, they can feel a deep sense of loss. Nalini* (65) described feeling happier and having a stronger sense of purpose before marriage and in the brief three-year period she was a working mother: “When children get older, and there’s time but nothing to do, you can [feel] down, because you wonder — what is the point of life?”

Improving the rate at which women participate in the formal economy does not mean, of course, that the country adopts policies to force women into the workforce. For many, the decision to leave work is voluntary. For each individual, the circumstances surrounding the decision of whether to work or not are deeply personal. According to Shanika, many married female architects who studied alongside her freely chose to play a more supportive role in their families and enjoyed taking care of their kids. Similarly, Kishali, who has a dual degree in Economics and Law, said she loved spending time with her children. “I always knew I wanted children and wanted to raise them on my own,” she said, adding, “the choice [to stop work after pregnancy] was purely mine.” On occasion others have told her, “What a waste of your degree.” But she doesn’t see it that way. “A home must have an educated mother. It’s not an ‘aparadai’ [waste] for me.”

There are certainly advantages when a woman’s education is reinvested in those under her care. Jansy (53), from Parapankandal in Mannar, says that although she once dreamed of being a teacher, her teaching aptitude still proved useful when she helped her three sons with their studies. Jansy now believes it to be “a crime” when both parents work; she says that without oversight, “the children will go bad”. In some areas, women may face social pressure to stay at home. In Jansy’s village, for example, it is commonly thought that for families in which women work, “it is cash alone that is important”. While the stigma can clearly work both ways (against working women and against homemakers), it is untrue that children always suffer when their mothers are employed.

Just 30 kilometres north, for example, a fisherwoman from Anthoniyar Puram claims that her work is the only way her child will get an education. Pooviraj Marina (38) says that in her community, fathers aren’t motivated to take care of the children, financially or otherwise. Explaining why she works despite severe stigma, she argues, “if the mother too is like that, what will become of the child’s future? Even if my time is over, I want my children to progress.”

In other countries, studies have found that increased employment for women actually led to better outcomes for children. In Mexico, one study found that more jobs for women meant improvements in child health. In China, higher incomes for women were related to higher survival rates of female children. The same may be true for some communities in Sri Lanka. Pathinathan Elizabeth (56), another fisherwoman from Anthoniyar Puram, complains, “If [the men] earn some extra money, it won’t even be there next week. We’re the ones who pay back loans. We pay for food, for school hostels and for the children’s studies.” The removal of barriers to FLFP will mean women have more options, not less. In some contexts, this will mean children have more opportunities too.

Finally, evolving gender roles and greater freedoms for women may also have unexpected outcomes for Sri Lankan men. Benjamin Thason, who has worked in World Vision’s MenCare programme for many years, has helped educate men in Nuwara Eliya, Watawala and Bogawantalawa about the benefits of sharing household responsibilities. “When men help to make tea or with the homework, they begin to notice more affection from their spouse and children. They are often surprised at the transformation,” said Thason, who has even observed a reduction in domestic violence. But these men can still revert to traditional gender roles. The biggest challenge, Thason said, is the stigma displayed by other men who ridicule them for “losing their manhood”, becoming “effeminate” or “chasing after their wives”, if seen doing work thought to be “female” in nature. Addressing barriers that inhibit men’s participation in household and care work will allow all Sri Lankans, whatever their gender, greater freedom to participate in the activities they find most rewarding.

Given the country’s current economic crisis, Sri Lanka cannot dismiss the instrumental benefits of reducing barriers to FLFP. These include a $20 billion addition to annual GDP and a method of combating Sri Lanka’s rapidly ageing population. The wider benefits — improving opportunities for children, freedoms for men and well-being for women — cannot be denied either. But the most compelling justifications for eliminating barriers to FLFP rest on principle. The state has a duty to address discrimination and promote equality among its citizens. And since eliminating barriers to FLFP will improve female freedom and equality, the state should no longer look the other way.

In the next article in this series, the writer will explore why Sri Lanka has such low female labour force participation and what the government can do to address the problem.