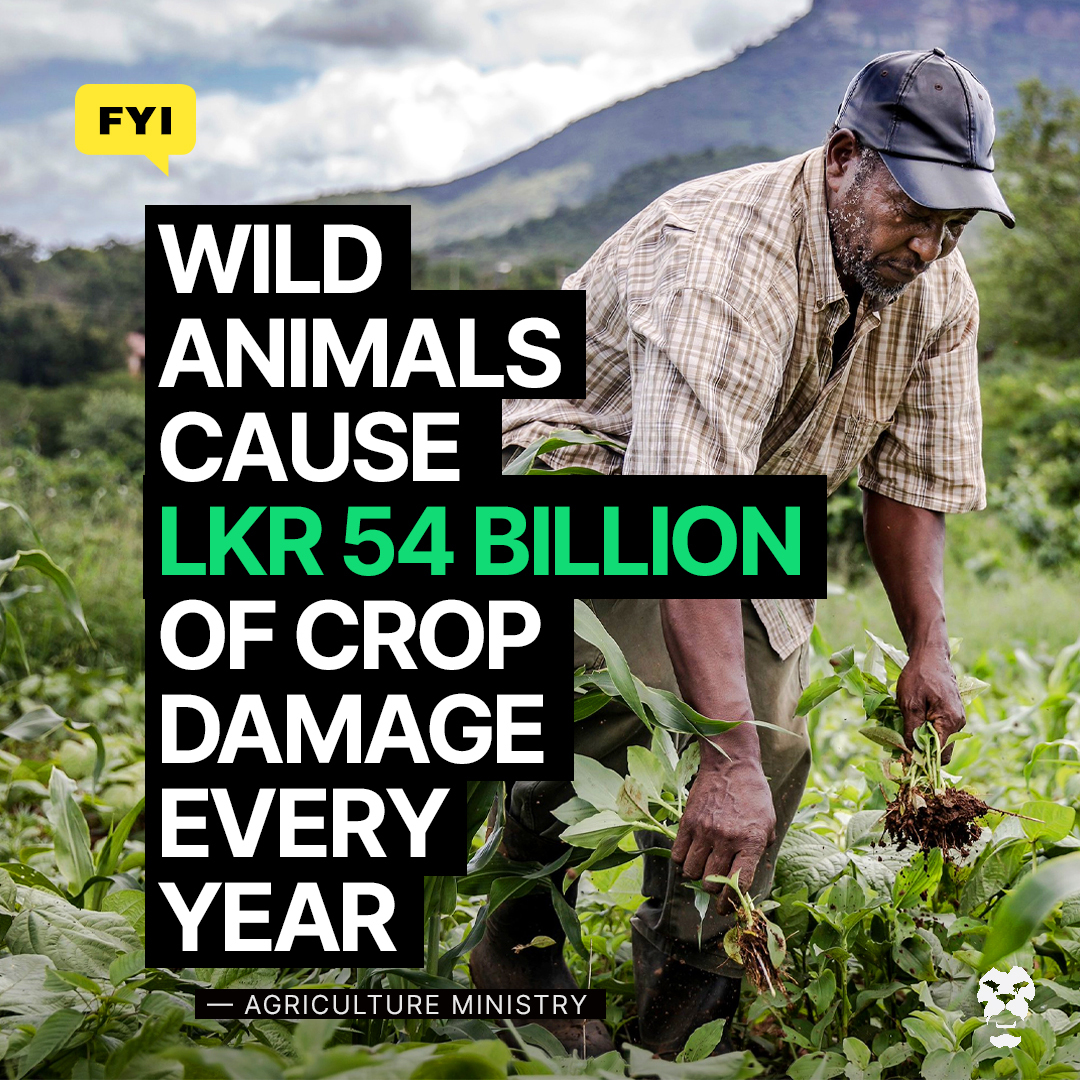 The Ministry of Agriculture has revealed that roughly LKR 54 billion is lost in crop damages caused by wild animals. According to Minister Mahinda Amaraweera, wild elephants, peacocks, porcupines, giant squirrels and wild boar are among the species that cause the most damage to crops and have become a serious barrier to meeting the food requirements of the country.

The loss accumulates to 40% of annual crop damage being caused by wild animals, as previously reported by the Ministry of Wildlife and Forest Resources Conservation. The majority of the damage is caused by wild boars, peacocks, and monkeys.

The news comes months after the Agriculture Ministry proposed various methods to keep the animal population under control. This included the sterilisation of crop-damaging species such as monkeys and peacocks, and providing farmers with firearms. A proposal to strip giant squirrels of the title of ‘National Animal’ was also entertained in order to control the species’ population.

According to the Ministry of Wildlife, wild elephants rarely cause crop damage — out of the cases reported, only 20% are caused by elephants. However, crop damage and encroaching into farming fields are one of the main causes of the human-elephant conflict. Between 2021 and 2022, 511 elephant deaths and 181 human deaths were reported as a result of the conflict.