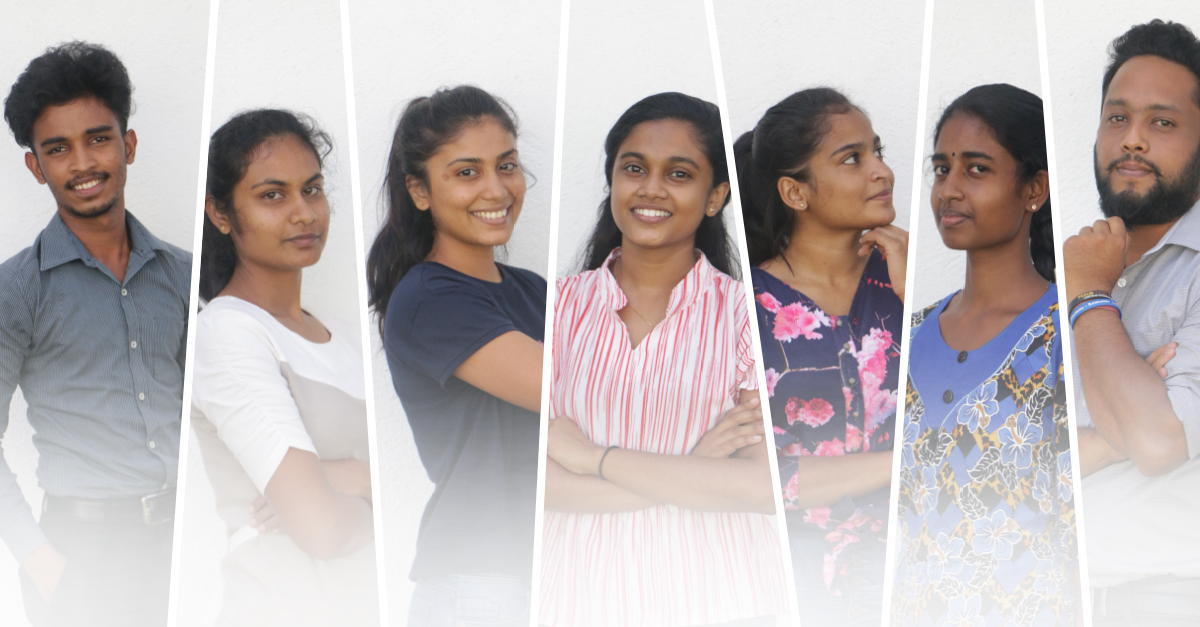 Agriculture is one of the oldest and most vital industries in the world. Sri Lanka—an agrarian nation—has an agricultural history spanning over 2,500 years. It has been an important driver of poverty reduction in the country and contributes about 8.4% to the country’s Gross Domestic Production (GDP).

Over the years, the industry has contended with a slew of challenges, such as climate change resulted changes in weather patterns, droughts, floods and loss of biodiversity, soil erosion, shrinking female participation in the agricultural value chains due to gender inequalities, low income for farmers, low youth participation in the agricultural sector and the COVID-19 restrictions since March 2020.

In order to bolster the agriculture industry, these issues need to be addressed. Yet one, in particular, stands out.

Where Are The Youth?

The saying “the youth are our future” rings true in every way. For agriculture, an industry facing a downward trend in labour force participation, youth may provide the solution, not only in terms of labour but also bridging the agriculture industry with the right technology and innovation for its sustainability in the modern day.

Without youth participation, the industry’s chances to flourish are slim. This raises two critical questions:

It is assumed to have three contributors for the lack of youth participation in agriculture:

How Do We Increase Youth Engagement In The Field?

To answer this, we must first consider the different areas of concern.

The first area of concern is the economic impact. COVID-19 pandemic resulted in Sri Lanka’s economy contracting by 3.6% in 2020 — it is the worst annual growth performance on record. Job loss and reduced earnings hit new levels, with the poverty rate projected to have increased from 9.2% in 2019 to 11.7% in 2020. In 2020, the total number of employed persons in Sri Lanka stood at about 8.2 million, of which about 26.5% were employed or engaged in agriculture.

A majority of this population are situated in the rural and estate sectors, with the rural areas being home to about 80% of the total population and the largest contributor to agriculture. This was previously highlighted in the 2019 Sri Lanka Labour Force survey through its cross-district view of the employed population distribution. The figures had significant variations in the share of agriculture employment, with a mere 1.6% in Colombo engaged in agriculture as opposed to a significant 55.4% in Badulla, 51.2% in Nuwara Eliya, and 48.6% in Monaragala. About 1.65 million smallholder farmers operate on less than two hectares yet contribute roughly 80% of the total annual food production. Meanwhile, nearly half of all farmers living along or below the poverty line are smallholder farmers.

The second area of concern is gender disparity in agriculture. The exclusion of women and girls in agriculture, be it due to a lack of opportunities, services, and specialised education, societal attitudes, or lack of push by institutions involved in agriculture, has had a major impact on the field. The Department of Census and Statistics stated that the labour force participation of women stood at 34.3% in 2020. Out of which, 27.7% worked in the agriculture sector.

The female informal workers in the agriculture sector are not reflected in these numbers, thus their contribution to the industry and the country’s economy goes largely unacknowledged. The majority of the women in the agriculture sector practised subsistence agriculture, while men engaged in paddy farming and produced larger volumes of fresh produce of higher value for sale at markets. Further, women and girls continue to face challenges when entering into agriculture. These challenges include, among other, difficulty to secure loans, lack of access to and control of resources, lack of child care support and discrimination in what is incorrectly viewed as a male-dominated industry.

The third area of concern is the lack of openness to agritech in Sri Lanka, while heavily relying on old methods and traditions of agriculture to play a major role. This lack of technology and innovativeness is contributing to keeping the youth away from getting involved in the industry.

The refusal by or inability of older generations to incorporate agritech in their processes also stagnates the growth of agriculture in the face of modern challenges. Tying in with the slow adoption of agritech in the country is inaccessibility, both in terms of purchasing and utilising the technology. Tech know-how remains low and the digital divide remains wide amongst the rural and estate sectors as opposed to the urban sector.

Agriculture has never been more universally important than it is today, as food scarcity threatens the globe in the midst of a burgeoning population. The profitability of agriculture is being reflected through the successes of countries around the world. This is mainly due to the merging of traditional and modern agri-processes, driven by technology, that is boosting yields, lowering man-hours, contributing to healthier crops, and reducing costs and losses in the long run. From harvest automation to drones, blockchain technology, gene editing, urban agriculture, and vertical farming, agritech is a direct answer to the world’s issues with poverty amongst farmers, farmable land shortages, a fast-rising population, and rapidly changing consumer preferences.

Therefore, the first step should be to promote agriculture as a viable career prospect for youth, starting with the formal education system. A better understanding of the importance of agriculture, the technology involved in it, and the plethora of opportunities presented by it could help more youth consider agriculture as something they could excel in.

Another vital step would be to have the private sector involved in improving access to agritech, education, upskilling, and financial aid. Apprenticeships, internships, and on-the-job training in agriculture could help boost youth’s engagement significantly while providing them grounds to establish a career in the field.

Helping smallholders sustainably increase their productivity is important in ensuring the growth of agricultural output and stability. This requires a multi-pronged approach that focuses on reducing the degradation of natural resources, incorporating agritech, and linking urban and rural growth. Empowering rural women and men by helping them scale up value chain development could also help them connect to markets better.

In terms of Government support, agricultural Micro, Small and Medium Enterprises (MSMEs) can utilise a range of special project loans, aimed at aiding MSMEs to receive the funding they require to launch or boost their initiatives.

Additionally, the country can boost the number of women and girls participating in agriculture by enacting gender-responsive policies and budgeting strategies. Women’s Empowerment Specialist Vigitha Renganathan said: “Many women in Sri Lanka are engaged in agriculture, but these women do not get due recognition. However, recently, many women and youth have become producers, and are interested in learning to integrate new technologies for better harvests and income.”

She further added, “The European Union-Funded Enhancing Gender-Inclusive Socio-Economic Development Project (EGSD) that is being implemented through Oxfam, Save the Children and Leads in Sri Lanka, has identified many such farmer-producers, and has helped them strengthen their capacities to transform their ventures”.

Through this project, Save the Children supports rural and estate youth in Badulla, Monaragala and Nuwara Eliya districts to improve their livelihoods by promoting skills training and employment matched with labour market demands. This is done by linking market-responsive technical and vocational education and training (TVET) programmes relating to seed potato, dairy, cinnamon and cocoa value chains.

By increasing trained youth seeking employment in the agriculture sector, the TVET programmes are expected to play a vital role in the revival of the agriculture industry and the economy in the three districts. The project particularly targets adolescents who dropped out of school early and are already of employable age and the large pool of unemployed youth.

Similar to the EGSD project, various public sector and private sector sponsored initiatives have begun over the years to empower women and girls in agriculture, especially those in the rural communities, creating a vital pathway to enrich their livelihoods and to level their playing field in a perceivably male dominant industry.

Numerous public-private partnerships have contributed to building support systems for young rural male and female entrepreneurs and employees in the agricultural sector to help them navigate an increasingly convoluted business sphere and excel in their endeavours.

Thanks to these ongoing efforts by governmental agencies, NGOs and Private Sector Actors, it has become easier than ever before for youth to enter the agriculture industry and to build a lasting career through it.

As general mindsets on agriculture change, more youth are beginning to realise the potential agriculture holds, and a new future is being written for the industry. While there is still a long way to go to make the agriculture industry appealing to the modern day youth, Sri Lanka is on the right path towards ushering in the New Age of Agriculture that will prove beneficial for its economy and its citizens, with the youth of Sri Lanka leading the way.