In the eastern province, a herd of wild elephants have picked up a peculiar—and sad—habit: Since of late, these elephants have been seen foraging for food in garbage dumps. A garbage dump close to the forest bordering the Oluvil-Pallakadu area in the Ampara district is considered the cause of this new, destructive and unhealthy habit. At this dump, situated near an area near known as ‘Ashraf Nagar’, garbage from Sammanthurai, Kalmunai, Karaitheevu, Ninthavur, Addalachchenai, Akkaraipattu and Alaiyadi Vembu is dumped here, and has slowly encroached on the adjacent forests becoming easily accessible to the wild elephants of Oluvil. While there was, initially, a fence erected around the dump, the fence is now broken and unable to prevent the wild elephants from entering the dump. With the enlarging of the dump, the adjacent forest biome is now covered with polythene bags, all manner of discarded plastics and other garbage. As a result of unintentionally consuming microplastics and polythene, large quantities of undigested pollutants have been found in the excretion of these wild animals.  A number of postmortems carried out on elephant cadavers have yielded plastic products and non-digestive polythene in their stomach contents. 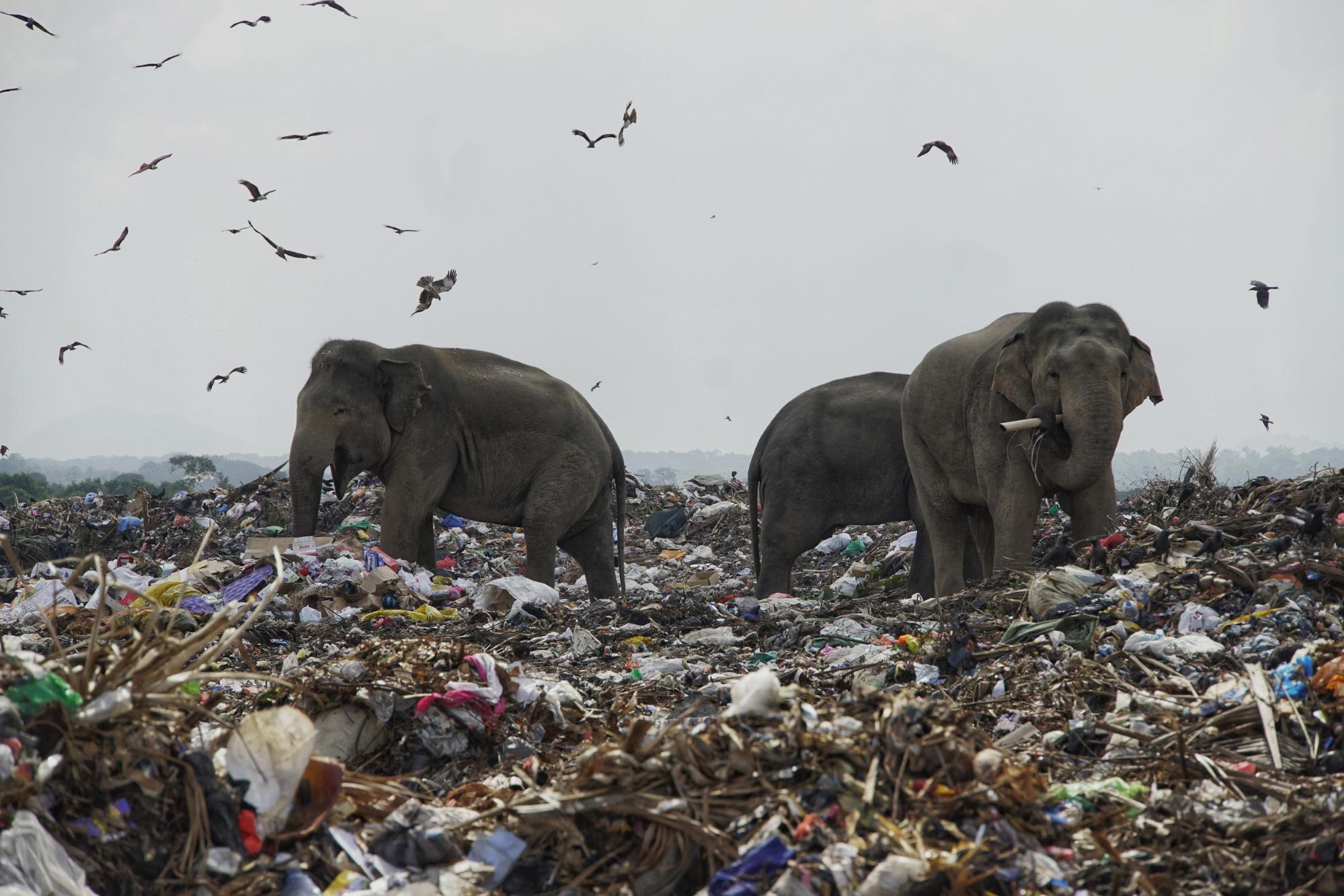 The herd of wild elephants—numbering about 40—now accustomed to feeding so close to human habitat have also begun to invade nearby paddy fields and villages seeking more food adding more tension to the already fraught relationship between the villagers and the wild animals. 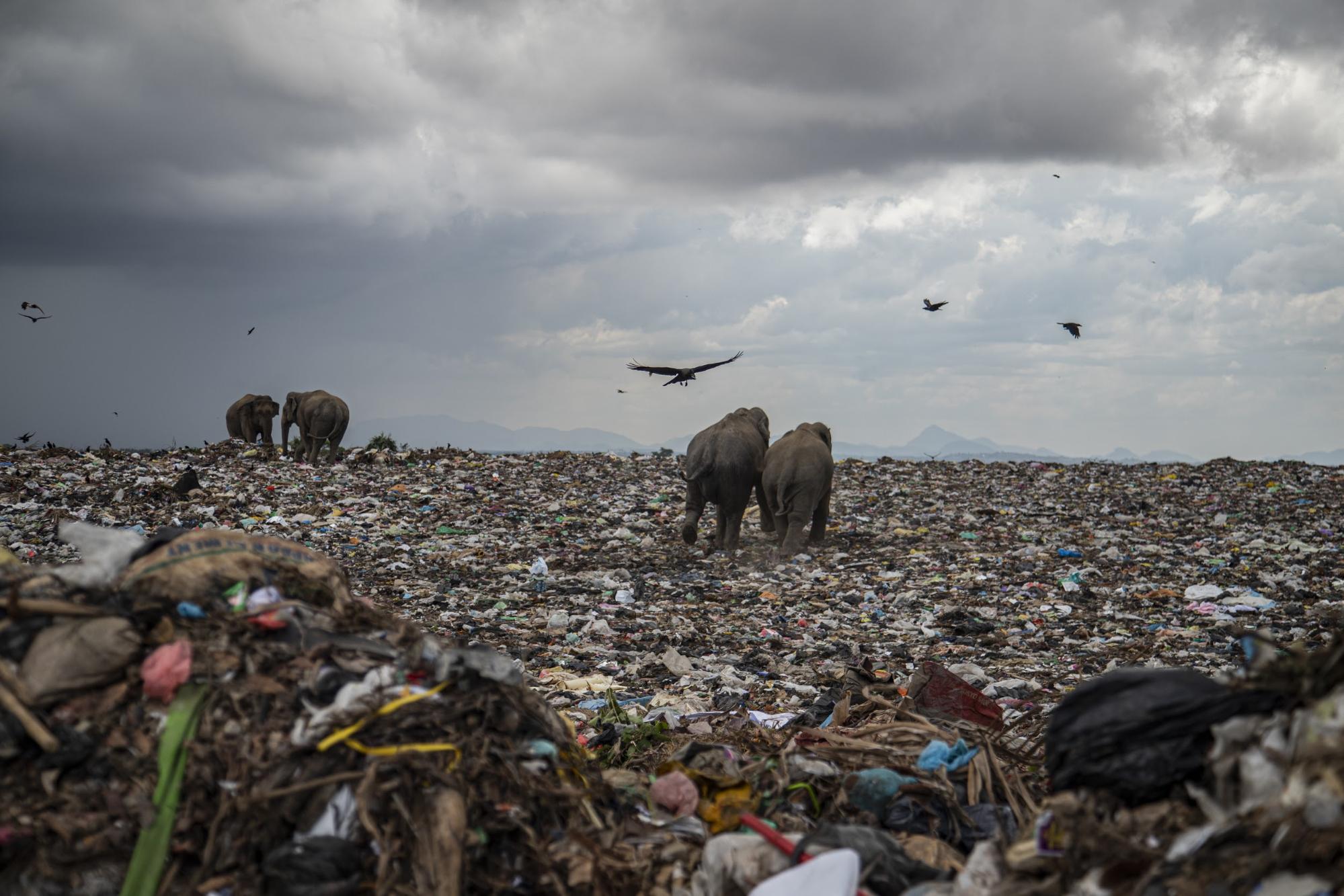 Despite a number of roundtable discussions with authorities that arrived at many solutions — including the construction of a reinforced fence around the garbage dump — no action has been taken to prevent the wild elephants of Oluvil from entering the urban areas in search of food, predominantly in garbage dumps.

The frequency of elephant casualties is a call to all stakeholders to unite and arrive at a solution that will resolve this issue as soon as possible.