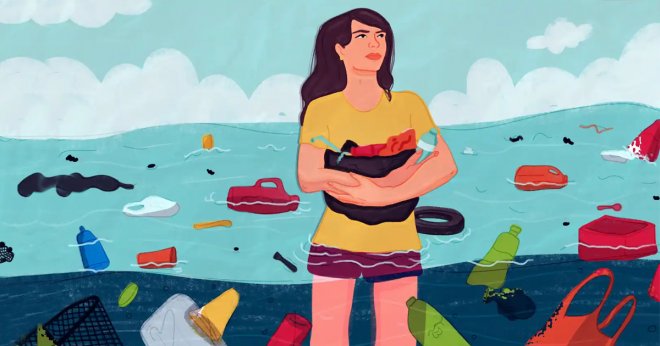 Is Climate Change Giving You Anxiety?

Ridmi Dewage
contributor
15 Mar 2022
5.2K Views
5.2K Views
Share Save for later
This article is written by a contributor.If you want to write for us, check out our contributor platform.

After the onset of the COVID-19 pandemic, it can often seem that lately there are more and more things to worry about.

Climate change is a contentious subject, but there are many scientists and activists who are adamant this is a very real problem. While there are those who will argue that it is not something to be concerned about, the extreme weather patterns are seen across the world make it hard to ignore, with annual weather events turning into disasters due to their increased severity and frequency. For example, the recent monsoon led floods and earth slides left many families displaced in Sri Lanka. Fluctuating crop yield resulting from distorted rainfall and floods is another. These weather patterns have already significantly impacted a large portion of the Sri Lankan population as well as the economy of the country.

For those who are actively involved in spreading awareness about climate change, it can be exhausting both mentally and physically. Alina Fernando, an influencer promoting sustainable and conscious living in Sri Lanka, told Roar Media that the climate crisis is a very real threat. “Sri Lanka was recently listed among the top 65 countries most at risk from the impacts of climate change, and it will continue to get worse if immediate action is not taken,” she said.

“Climate change is not something we have to think about in the future, it is happening right now! We should be including it in our policies and plans for the country now, not in 10 to 15 years,” she added.

Dr Enoka Kudavidanage, a leading conservation biologist in Sri Lanka told Roar Media that even though there are several studies conducted on the topic extensively, the number of people who are aware of the relationship between extreme weather patterns and climate change is low. Whilst working in the field in Jaffna, Kudavidanage recalled that she witnessed changes in temperature and the amount of rainfall during the Yala and Maha seasons.

The Intergovernmental Panel on Climate Change (IPCC) 2021 report on the impacts of global warming revealed the very real impacts of climate change. The report assesses in high confidence in several Climate Impact Driver changes in the South Asian region by 2050, among other factual findings, leaving Sri Lanka with only 29 years to implement adaptation measures to be prepared for increasing weather hazards. These include sea levels rising, urban flooding, average rainfall, coastal erosion, marine heatwaves, and increasing ocean acidity levels.

Though there were commitments made at the COP26 summit to reduce the worst impacts of climate change by many world leaders, including Sri Lanka, there is a general feeling that governments are not doing enough.  The youth especially feel that governments and politicians are not responding adequately to the urgency or scientific findings of the climate crisis. There is also evidence of cover-ups to hide the effects certain industries are having on the planet. For instance, the fossil fuel industry often uses major newspapers and third party allies to spread misinformation to veil the reality of their products to the general public.

For those involved in spreading awareness and implementing policies to combat climate change, there has been an impact on their mental health. Eco-anxiety is a relatively new diagnosed form of anxiety, being exhibited by those who are aware of the devastating impact of climate change. Although there have been no studies done in Sri Lanka yet,  ​​Jude Herath, a wellness practitioner based in Unawatuna and co-founder of Konectiv wellness told Roar Media, that this does not mean that there is no impact on people’s mental health and their standard of living. Herath, who is engaged in community reconciliation, cleanups and collective awareness programs in Unawatuna and Kalametiya said, “In Sri Lanka, we are surrounded by pollution, improper waste management, improper urban planning, just to name a few. We may not have official research on it, but these things affect our lives.”

It is also hard to ignore media coverage of extreme weather patterns and the loss of lives that occur because of it. Kushlani Munasinghe, a Clinical Psychologist (SLMC registered) in Sri Lanka told Roar Media “ I have noticed that these issues worry a few of my patients. This isn’t also a problem that exclusively belongs to any particular demographic either. For instance, some of my younger clients are affected because they are actively involved in conservation and creating awareness, older clients shared their concerns about bringing children into such ecologically unpredictable times.’’

When it comes to children, teens or young adults having access to the most reliable information on climate mitigation and adaptation is important. This way they could connect more strongly with nature, contribute to greener choices at an individual level, learn to develop resilience in adversities while reducing the feeling of guilt through caring and sustainable adaptation.

Acceptance As A Coping Mechanism

For Fernando, acceptance is a good way to combat her eco-anxiety. “Whenever I feel anxious and hopeless about the future, I accept those feelings and then take comfort in knowing that I’m doing my best with what I can.” She also urges those who are feeling the same to use their feelings to take action even to make the smallest change possible, this could be anything from getting involved in clothes swap, upcycling project, volunteering at an environmental organization or supporting local businesses.

One of Herath’s coping and adaptation methods is through community gatherings, “These help me immensely in tackling unresolved trauma and feelings.” he told Roar Media.  “As far as tools go, the strongest tool is to reconnect to nature via visualization meditations or if accessible, grounding by touch/feel (standing on grass, taking a walk in nature, breathing fresh air. These tools are great to bring us back to the present moment and to make a visceral connection to the very same essence we are trying to save; nature…  two things are very clear in these settings; we are indeed in a climate crisis and the way forward is slow or mindful living ”

Ilhan Riffsy, the founder of Cyclalogy – a bicycle service centre that promotes sustainable travel and cycling in Colombo told Roar Media, “ dealing with emotions that are associated with seemingly unresolvable issues are hard. for those who are struggling to fight these difficulties, personally trying to direct that energy towards a feasible goal would help a lot with feelings- like riding a bicycle. Taking up cycling and riding a bike to work whenever possible can help the environment by reducing pollution and overall fuel consumption and it doesn't stop there - scientifically cycling is proven to help our overall health and mood. So cycling is an answer that can help feelings of anxiety and the climate change crisis in the long term”