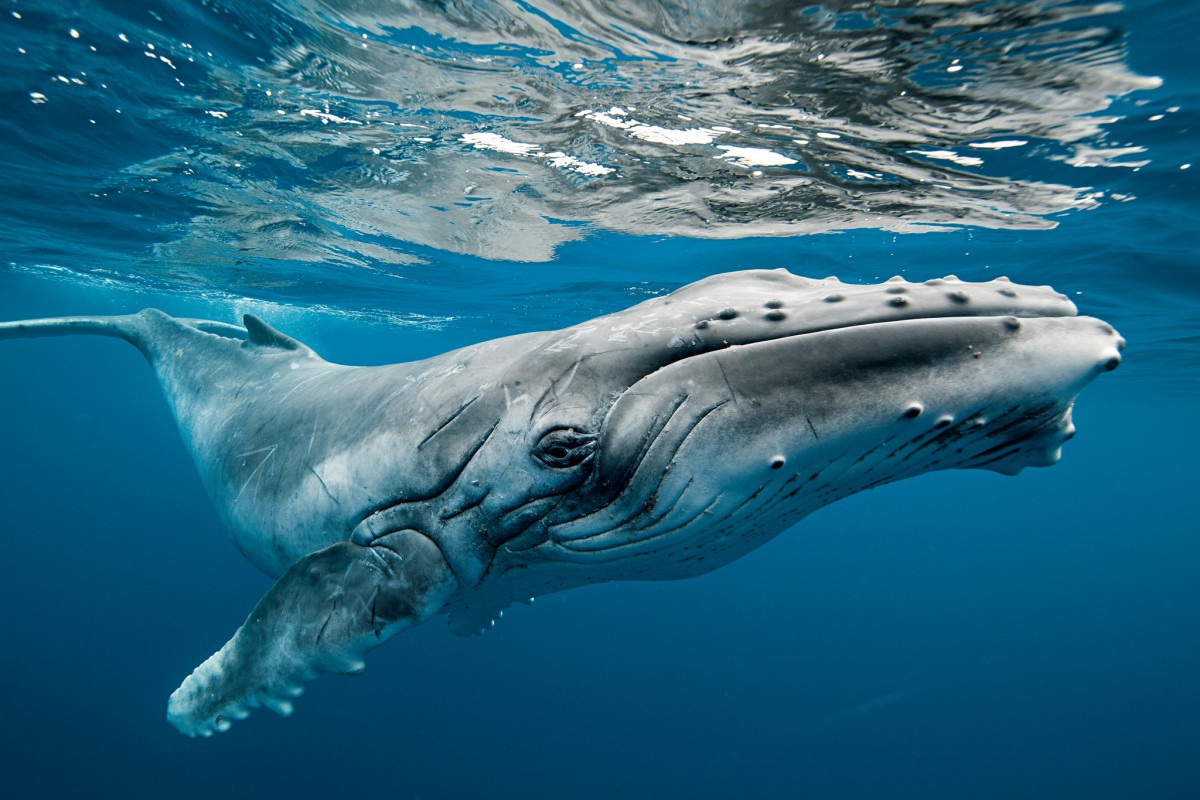 From the nature parks of Wilpattu and Yala to the forest reserves of Bundala and Sinharaja, Sri Lanka is teeming with plants, animals, and microbes of every hue and colour. But her biodiversity is not restricted to the landmass alone. In recent years, Sri Lanka shores have become known for her marine mammals—whales and dolphins. The discovery has triggered a flurry of tourism as resort owners rush to cash in on the value of spotting one of these majestic creatures. This boom in ‘whale watching’ gives rise to fears that the mammals are being disturbed in their own habitat. Another cause for concern are the shipping lines that cut across the Southern coast of Sri Lanka—whale carcasses have been spotted washed ashore, the result of a fatal collision.

Environmentalists and activists have been working to mitigate the damage caused to these creatures, but solutions, while forthcoming, are yet to be adopted. Work on whales and dolphins in Sri Lanka is fairly new, but marine biologist Asha de Vos, who runs Oceanswell, a marine conservation research and education organisation, maintains there are 29 documented species of mammals in our waters, of which five are large whale species. Here’s a quick round-up of the five large whale species. The Balaenoptera musculus indica, is a subspecies of the Blue Whale (Balaenoptera musculus), the largest animal known to have existed. The blue whale is listed on the IUCN Red List of Threatened Species, but the threat status of the blue whales spotted in Sri Lankan waters is yet unknown, de Vos said. The blue whale can grow up to 98 ft long and weigh up to 173 tonnes. It is a blueish-grey colour with an underside of ‘sulphur’ giving rise to the nickname ‘sulphur bottom’. 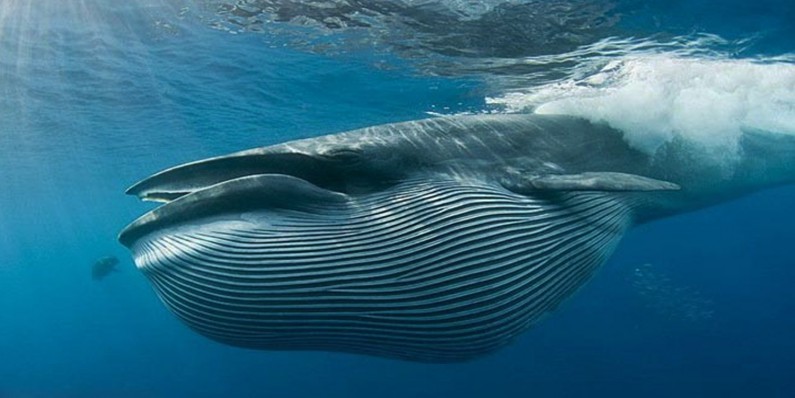 Bryde’s whale, Balaenoptera edeni, is named after Johan Bryde who established the first whaling station in South Africa in 1909. Although it is unclear how many subspecies of Bryde’s whale exists, the species Balaenoptera edeni is believed to inhabit the warmer waters of the Indo-Pacific ocean. The Bryde’s whale has three parallel ridges on the top of its head and between 40 and 70 throat pleats which allow its mouth to expand when feeding.

The Sperm Whale is known for its massive head and prominent forehead. Image courtesy smithsonianmag.com

The Sperm Whale, Physeter macrocephalus, is easily recognized by its massive head and prominent rounded forehead—it also has the largest brain of any living creature known. Its head holds a substance called ‘spermaceti’ which early scientists believed were sperms, but the actual function of the semi-liquid substance is yet unknown. It is the largest of the toothed whales and the largest toothed predator— and has between 18 to 26 teeth on each side of its lower jaw, which fit into sockets in the upper jaw. Spotting the Megaptera novaeangliae, or the Humpback Whale, in Sri Lankan waters is extremely rare, Asha de Vos told Roar Media. The Humpback whale is dark grey, with some areas of white and has long pectoral fins and a knobbly head. It can reach 60 ft in length, and adult females are typically larger than adult males. The Humpback whale typically lives for about 50 years and feeds on crustaceans such as krill, plankton, and small fish. 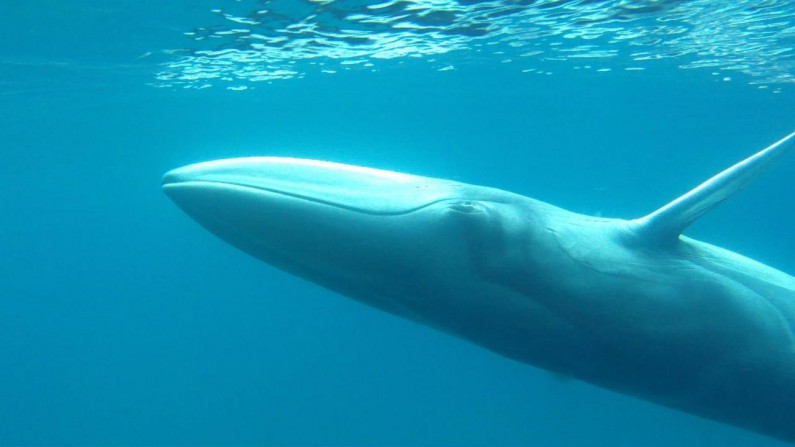 Omura’s Whale, Balaenoptera omurai, also known as the ‘dwarf fin whale’, was recently spotted in Sri Lankan waters by Asha de Vos. Little is known of the behavior of the Omura’s whale, the species having only being classified in the early 2000s. The Omura’s whale was previously thought to be a pygmy version of the Bryde’s whale. Omura’s whales typically move in pairs or as solitary individuals and feed on krill and schooling fish.

These five large whale species, a number of large dolphins, small dolphins, and the dugong make up the 29 species of marine mammals that have been observed feeding with small calves, and engaging in courtship, in Sri Lankan waters, indicating they undertake all their most important life functions here, Asha de Vos said.

According to de Vos, who has sailed 95% of the coastline in search of the mammals through different seasons, there are whales around the entire coastline of Sri Lanka, although people tend to flock to Mirissa, Kalpitiya, and Trinco because deep water is closer to the shore, and therefore accessibility a little higher.

Technically, the larger dolphins are also known as whales, de Vos said, explaining that the creatures would continue to live in Sri Lankan waters for as long as their requirements are met. For some of the whales, the warmer waters of the tropics appeal, while the natural marine ecosystem offers school fish, krill, and other varieties of small crustaceans.

Conserving our marine resources is important to ensure these ‘gentle giants of the ocean’ continue to live in our waters. A study conducted by the University of Ruhuna in Sri Lanka, local whale watch operator Raja and the Whales, International Fund for Animal Welfare (IFAW), Biosphere Foundation, and Wildlife Trust of India (WTI) in 2014 and 2015, recommended that if shipping traffic crossing the Indian Ocean was moved 5 nautical miles further south than present, the risk to blue whales could be reduced by 95%. But although findings from the study were published in 2015, relevant authorities are yet to do anything to reduce the risk to whales. de Vos said she had been working to mitigate the impact of ship strikes on whales since 2012 and was currently working on an actionable document, with which to engage the government. It is to be hoped that the government will take this issue into consideration.