Conquer Colombo is a signature event organised by the Rotaract Club of Achievers Lanka Business School to be held on the 7th of January 2018. It is the largest scavenger hunt of this nature organized in Sri Lanka. This year, it is expected to see over 150 teams comprising 600 participants from all walks of life, irrespective of the age, gender and occupation, navigating through Colombo using various modes of transport to solve clues and complete challenges.

At last year’s scavenger hunt, participants found themselves singing on a public bus, riding a pull cart on the streets of Pettah, scraping coconut and making pol rotti under four minutes, and trying to correctly count 107 raw fish, among other equally amusing challenges. This year’s competition will not be much easier. Over 20 challenges will be laid out across the city of Colombo during this edition of Conquer Colombo. The mixture of challenges range from physical to intellectual and special challenges from partnering companies. In order to win, teams will have to collect the highest number of points by completing all — or at least the most number of — challenges.

“Over the years, Conquer Colombo has evolved from just a basic scavenger hunt to the most popular scavenger hunt in South Asia and we, the chairs, racked our brains as to how we can take it a step further this time,” says Naweed Niyas, Project Co-Chair.”We decided to give the participants an experience like never before; a journey racing not only against time but also against crime.” The Rotaract Club of Achievers Lanka Business School has always been keen on introducing projects that promote youth and creativity. Conquer Colombo is one such outstanding project that has attracted much enthusiasm and recognition since its inception in 2013. The project won the Rotary Award for the Most Outstanding Rotaract Project in the year 2015/2016. It also received the People’s Choice Award for the Most Outstanding Club Service Project in South Asia for 2016/2017, at the Rotaract South Asia Multi District Information Organisation. It also won the Most Outstanding Club Service Project for the third consecutive year at the District Rotaract Assembly, all of which demonstrates its success over the years.

All proceeds collected from the project in the past have been utilized to fund the club’s most important community service initiatives. As an extension of last year’s project, Conquer Colombo will continue to fund ‘Project Life’. The initiative took off in 2017, in partnership with the Lanka Rain Water Harvesting Forum, to install rainwater harvesting systems (RWH) in Kebithigollewa in the North Central Province, where there is a high number of cases of chronic kidney disease (CKDu). 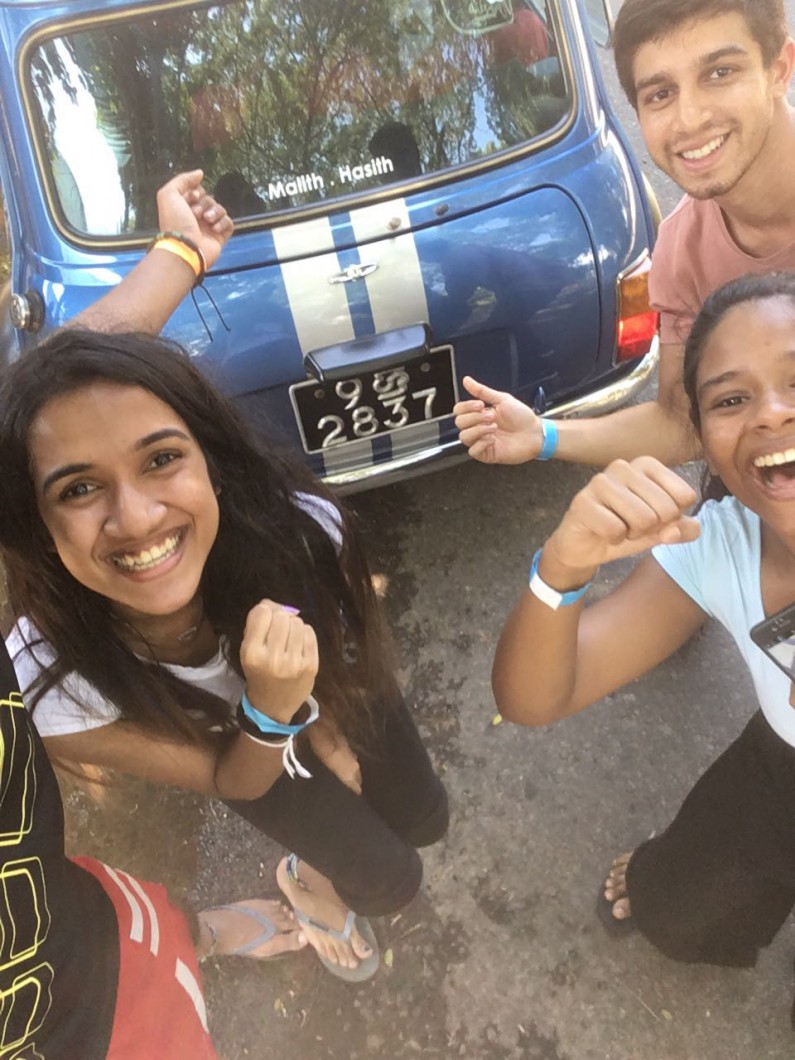 Over the last 25 years, CKDu has become a major health problem in rural Sri Lanka. As a community whose livelihood depends on paddy cultivation, the improper and excessive use of pesticides and fertilizers has led to the contamination of the area’s waterways. The consumption of this contaminated water has been identified as the main cause for the widespread of the deadly disease. According to the World Health Organization (WHO), more than 15% of the population aged 15-70 years in the North Central and Uva Provinces are affected by CKDu. Over 22,000 deaths from the disease have been recorded in the Anuradhapura District alone, since CKDu was first identified in 1991. Participants from last year who found the mascot of the app, ‘Buzz Bird’, doing the ‘Buzz Bird Dance’

Phase One of Project Life encompassed the structural development of rainwater harvesting systems to various households in Kebithigollewa. Likewise, the proceeds collected from Conquer Colombo 2018 will finance the ongoing Phase Two of Project. Project Life is also the largest community service project carried out by the Rotaract Club of Achievers Lanka Business School, with an estimated cost of investment of one million rupees.

Conquer Colombo is one of the most anticipated events on the Rotaract calendar. The various challenges and clues that will await participating teams can range from easy to difficult to completely baffling – which is exactly what makes the competition both challenging and exhilarating at the same time.

Watch the trailer below for a better glimpse at some of last year’s challenges.

For more details on how to enter the competition, visit: conquercolombo.com

Roar Media is the Digital Media Partner of Conquer Colombo 2018