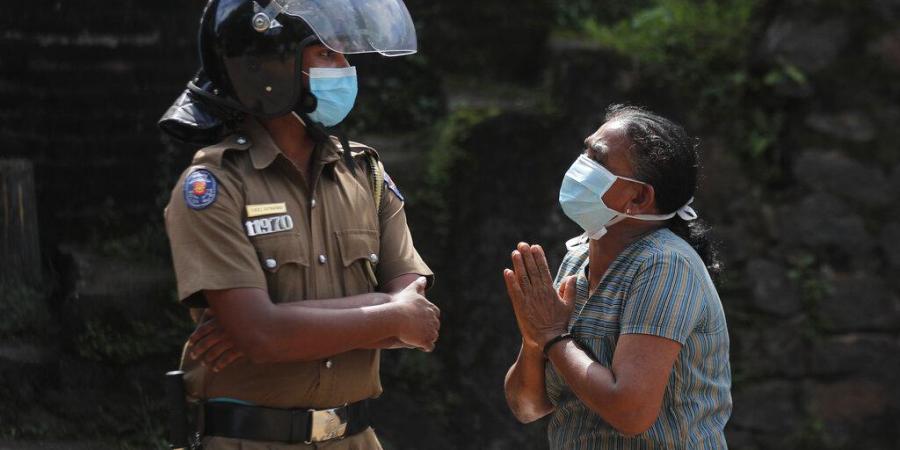 The tensions that resulted in the deadly riot at the Mahara Prison on 29 November had been building up for many months. Since March, when the first cases of COVID-19 were reported in the country, fear and anxiety surrounding the virus were intensifying in Sri Lankan prisons. Issues like overcrowding and subpar sanitary conditions, which had been raised long before the threat of the virus, threatened come to head with the rapid spread of the virus. Now, since 7 July, when an inmate was first reported to have tested positive for COVID-19 at the Welikada Prison, Sri Lanka’s prison cluster has grown to over 3,000 cases in 10 prisons across the country.

But the recent riot at the Mahara prison points to many issues within the Sri Lankan prison system that existed long before COVID-19 and adds to frustrations at measures taken by prison authorities to minimise the spread of the virus. On 21 March, inmates at the Anuradhapura Prison protested against the prison authorities’ decision not to allow visitors. As the demonstration reportedly got out of hand, prison guards opened fire at the prisoners, killing two and injuring six others.

According to lawyer and former Commissioner of the Human Rights Commission of Sri Lanka (HRCSL), Ambika Satkunanathan, the Anuradhapura prison riot was a warning sign. “That showed us we had to take action, in March or at least in April.” she told Roar Media. “If we had done that, I think we could have avoided the spread [of COVID-19], and we could have avoided the violence.”

The Sri Lankan prison system is not built to adapt to any kind of health crisis, much less one of the sheer scale of the coronavirus pandemic. Overcrowded to a degree that could be considered inhumane, most prison cells hold double the number of people they were built to accommodate. Statistics on the Department of Prisons website show a 107.8% rate of overcrowding as of 2019, with the majority of inmates being remand prisoners.

“Practically, the only way to contain [the virus] would be to reduce overcrowding,” said Satkunanathan. She explained that this could include granting bail to those who were unable to meet bail conditions or to those whom bail was refused, releasing those who were imprisoned for fines, releasing those with only six months of their sentences remaining, as well as the elderly and those with terminal illnesses, among other measures. “But all that takes time,” Satkunanathan said, “because the system tends to be bureaucratic, dysfunctional and unwieldy, so you will not be able to do it overnight. That’s why you can no longer ignore the systemic issues.”

Chief Legal Advisor to the Ministry of Justice, U.R. De Silva, who has been appointed as part of a committee currently investigating the Mahara Prison riot, agreed that anxieties around overcrowding were a primary concern for inmates. Speaking with Roar Media soon after the committee submitted an interim report with their findings, De Silva said that tensions arose when a number of PCR tests were conducted following the transfer of inmates from Welikada Prison to Mahara on 27 and 28 November. “Thereafter, they received reports that 188 people were infected, and the inmates were informed, so of course, they were very afraid,” he said. De Silva added, “[Many prisoners] had been languishing in remand for several months and years, and there was no distance, because in a cell built for a hundred people, there were three hundred, and they don’t have any facilities to protect themselves from the virus. Because of this, they were furious, and they were afraid for their lives.”

In addition to a lack of space and adequate facilities, the quality of food served to inmates is often unsatisfactory as a result of unhygienic conditions in prison kitchens, and many have complained that the quantity of food supplied per prisoner is insufficient. As a result, many prisoners rely heavily on food items received from visiting family members, a form of relief they were denied when authorities barred visitors as a precautionary measure against the spread of COVID-19. “[Prisoners] are prohibited from meeting their relatives and that factor is also aggravating things, as they weren’t receiving meals from home,” said De Silva, adding that the inmates were receiving poor meals because the staff who prepare their meals were also unavailable as a result of the virus.

While the state of Sri Lankan prisons is already very poor, the spread of COVID-19 exacerbated their inadequacies, and the confirmation of several COVID-19 cases within the Mahara Prison pushed long-simmering tensions to the surface. What began as a demonstration — to demand more PCR tests and the release of inmates who were in remand or could be granted bail — eventually escalated into violence. According to De Silva, who said that the committee looking into the cause of the riots was in the process of interviewing a number of prison officers and inmates for the inquiry, the prisoners also began fighting each other. “Firstly, [the prison guards] used rubber bullets, but couldn’t control the situation, so they used bullets.” he said. “We don’t know whether they shot at close range or from a distance, so we are going to find those factors.” Eleven inmates were killed in the ensuing riot, while 117 people — two prison officers and 115 inmates — were injured.

In the immediate aftermath of the riot, several theories emerged as to what had started it, with many centred around the possibility of inmates taking drugs that made them behave erratically or violently. During the riot, prisoners gained access to the prison infirmary, and allegations arose that they had consumed several drugs that were used to treat mental health issues in patients, including hypnotic drugs. However, the Sri Lanka College of Psychiatrists promptly released a statement denying the validity of these accusations, stating that the drugs used in psychiatric practice in Sri Lanka are used all around the world, and greatly benefit patients. Further, they mentioned that none of these drugs could possibly cause aggressive behaviour, and in fact promote calmness and may cause mild drowsiness.

As the inquiry into the riots is ongoing, De Silva explained the measures being taken to ensure the security of prisoners as they give evidence. “We were of the view that some people may be afraid to come out with their stories, but we assured them that we are not going to divulge these matters to the prison authorities,” he said, adding that the interviews are conducted at an auditorium facility in the Welikada Prison, to where inmates are brought from Mahara.

As for the committee’s recommendations, De Silva said that the interim report suggested that prisoners held in remand be granted bail and released in order to relieve overcrowding, as well as that telephone facilities be set up in prison so that inmates are able to maintain contact with their families. In addition, they have advised the authorities to establish a system with a nearby social welfare centre so that prisoners are able to purchase necessary provisions. Newly-appointed State Minister for Prison Management and Prisoners’ Rehabilitation Lohan Ratwatte also announced that 8,000 prisoners would be released by the end of this month, as well as that prisoners on death row will serve 20 years, after which they will be eligible for release. Additionally, a Presidential Task Force has been appointed to address and resolve humanitarian shortcomings within the prison system, as well as to potentially introduce a rehabilitation programme for more than 12,000 prisoners convicted as a result of their addiction to various narcotics.

While Satkunanathan and other activists are glad to see the government implementing a number of relief measures, these are, however, only temporary, small-scale solutions, enforced amid the limitations of the COVID-19 pandemic and all the challenges it poses. Sri Lanka’s criminal justice system is primarily punitive, focused heavily on punishment and imprisonment. Fundamental, long-term reform is necessary to gear the system towards rehabilitation and reintegration, in order to ensure that all citizens are treated with empathy and dignity.