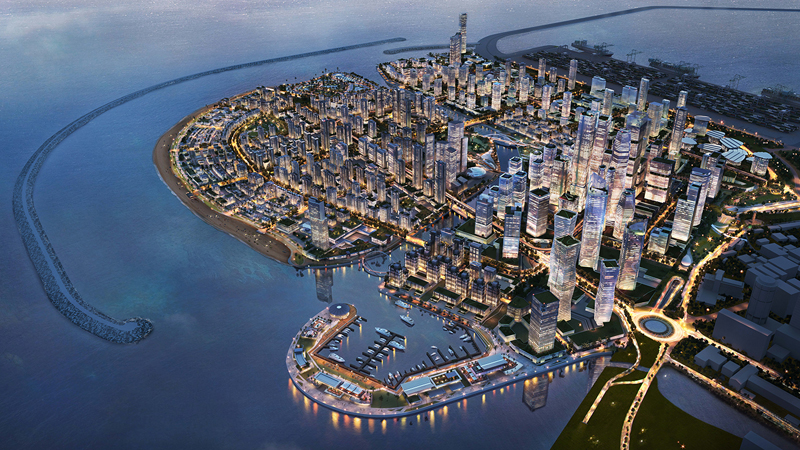 Once completed, Port City Colombo will become one of South Asia’s most-distinguished architectural landmarks, not least because it will also be Sri Lanka’s first-ever large scale land reclamation and city expansion project. But for now, perhaps what is even more exciting—at least if you take a keen interest in art and design—is that you can make your own artistic contribution to the design of this monumental infrastructure.

Architecture and design sensibilities in Sri Lanka have been through many unique and dynamic periods throughout history. Since ancient times, much of it has been strongly influenced by religion, neighbouring cultures in India, East and Southeast Asia, and European colonists such as the Portuguese, Dutch, and British.

The modern era of Sri Lankan architecture and design is widely considered to have begun in the 1950s, shortly after Sri Lanka’s independence from the British. The blueprints for it were hugely influenced by world-renowned local architects Geoffery Bawa, Minette de Silva, Cecil Balmond, and Valentine Gunasekara, and civil engineers A. N. S. Kulasinghe and Dr. Premala Sivaprakasapillai. Their unique and era-defining work made a newly independent Sri Lanka a creative force to be reckoned with in international architecture and construction circles, and has influenced the work of many a design student since.

Now the tradition of great Sri Lankan design is being continued at the site of Port City Colombo. With the objective of showcasing young talent at the forefront of its design, Port City Colombo has organised a competition to design two landmark attractions at the new metropolis—a beach sculpture for the golden sandy beach strip connecting Marina District Beach with Island Living, and an interactive wall for Port City Boulevard.

Titled ‘Envision the Future’, the competition will allow designers to take part in this novel infrastructure development project and possibly walk away with cash prizes worth LKR 700,000.

The theme selected for the beach sculpture is ‘Dream’. Port City Colombo intends this sculpture to symbolise the future of youth. As such, according to them, it must evoke a sense of freedom and belonging, while being a space where one can truly be oneself in a changing world.

The theme selected for the interactive wall is ‘Vitality’, meant to present Port City Boulevard as a hub for all things exciting⁠—from a lively atmosphere to an appreciation of different cultures, the energy and vivacity of youth, and the possibilities of modern technology.

Participation in the competition is open to all Sri Lankan youth with an academic background in art, design, or engineering.

An applicant may apply as an individual or part of a team containing no more than three members.

An applicant or team may each compete in only one of the two design categories and submit no more than two designs.

Upon submission, an applicant or team will be assigned a system-generated index number to identify their submission materials. Personal details are not to be included to preserve impartiality.

Each submission will be judged and reviewed by a four-person jury. Theirs will be the last and final decision.

The final shortlisted submissions will go through an expert panel for their feasibility study.

A selected design consultant will conduct a special two-week workshop with the three finalists of each competition.

All further details, rules, and guidelines for the competition will be available here.