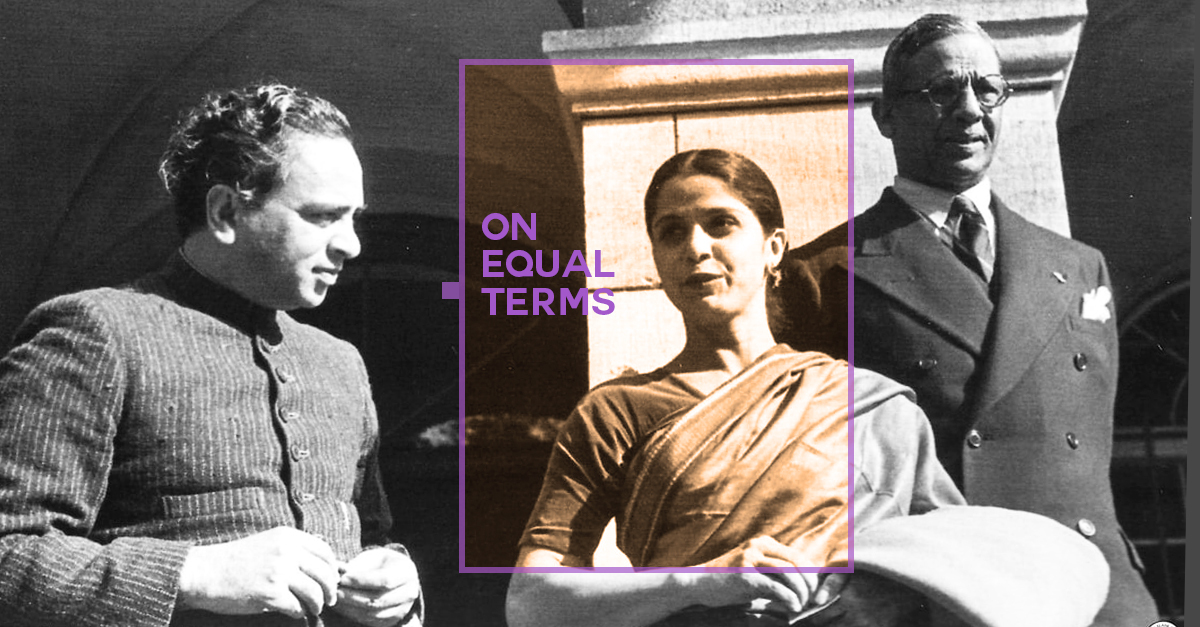 Draped in crisp silk sarees in post-war London, Minette D’Silva cut a striking figure. A woman of many firsts, her single biggest feat is also one that has been largely forgotten: She was Sri Lanka’s very first female architect.

Minnette was also the first Asian woman to become an associate of the prestigious Royal Institute of British Architects (RIBA), and liked to refer to herself as ‘Asian Woman Architect,’ for its defiant ring in a male-dominated profession.

Minette was one of two daughters of George De Silva, an influential lawyer and politician. The women of the de Silva household chose what were once considered unconventional careers for women in this part of the world.

Minnette’s mother, Agnes, was a women’s rights activist in the 1930s, while her sister Anil was a journalist, political activist, author, art critic, and art historian. In 1945, Minnette and Anil joined forces to contribute as founding members of the Modern Architecture Research Group (MARG) and of Marg (Pathway), an Indian art magazine focused on modern art and architecture. At the time, the magazine’s  editorial board included key figures of the industry from India and Sri Lanka.

A Woman Of Many Firsts

Using her training in architecture at the Sir Jamsetjee Jeejebhoy School of Art in Mumbai and the London Architectural Association School, de Silva combined Western knowledge with the building traditions of India and Sri Lanka to pioneer her own unique style.

Known as ‘Tropical Modernism’, the style celebrated the harmony of nature, landscaping and traditional workmanship.

Passionate about preserving ancient crafts, she melded conventional materials and contemporary design. Her buildings often featured open courtyards and verandahs, and included nature, as far as possible, into the layout.

“She was fascinated by Sri Lankan traditions and art and craft, and always used it in her designs,” said Shoba Senaviratna, an architect who trained under de Silva, who was also a friend of the family. This included the use of lacquer work, Dumbara weaving and terracotta tiles.

De Silva often had difficulty finding sophisticated raw material to build houses, as the choices available at the time were limited. However, as a proponent of ‘vernacular architecture’, her buildings were locally fabricated, not only lending employment opportunities to craftsmen, but also making the most of the materials she had on hand.

During de Silva’s time, building restrictions were strict, and houses could not be larger than 3,000 sq ft. However, she found creative workarounds to overcome the space constraint. “The way she laid out the house was very practical,” Senaviratne said. “Most of the rooms could be expanded into big spaces. In living rooms and bedrooms, there were doors that would open into a garden or a balcony with beautiful visual links and connectivity, making the space look bigger.”

Her designs also allowed for the interplay of light and shade, with the help of modern touches such as glass windows and doors. These elements would be balanced by traditional accessories like brass door handles and wooden lattice frames, which would cast beautiful shadows on the walls in long corridors. Everything de Silva designed also reflected her love for nature — which continues to be an important feature of Tropical Modernism as it is practised today. “She was concerned about biodiversity,” said Senaviratne. “Hard landscaping, soft landscaping…things that are a rage today were a part of her design so many years ago.”

Despite being a visionary architect, de Silva’s career was stymied by her reputation as ‘difficult’ and unreliable. According to those who knew her working style, de Silva had a creative temperament but struggled with time management. Her projects would often take a lot of time to complete, making it difficult for her to retain clients.

Her steely exterior and strong-willed nature often alienated those who commissioned her. “She never took into consideration what her clients wanted,” said Senaviratne, referring to how de Silva would often take it upon herself to even redecorate the interiors of the homes she built. “You cannot force your style on someone, especially when they are the ones who are going to live in that house.”

Besides, being based in Kandy proved to be a professional setback. She had access to only a small pool of clients, most of whom were her friends, relatives or colleagues. According to Senaviratne, de Silva would often complain to friends that she was not paid well, and that her fees would never come in on time.

A Woman In A Man’s World

Her reputation for being chaotic and flighty notwithstanding, de Silva was faced with the Herculean task of making a mark in what was very much a man’s world. After all, de Silva was one of only two women in the world to set up an independent architectural practice at the time.

“Being a woman architect—working in a field dominated by men— wasn’t easy,” said Shiromi Pinto, a British novelist whose novel ‘Plastic Emotions’, based on the life of Minnette de Silva, is due out soon. “She had to grow a thick skin to help her deflect the many criticisms aimed at her because of her gender.”

“Minnette was absolutely revolutionary in her time, and I think if we face [gender related] issues today, as women, I can only imagine the kind of biases she would have had to face back then,” noted Ruchi Jeyanathan, a senior architect with over 25 years of experience in Sri Lanka. “Because of women’s tendency to back off easily when it comes to tough negotiations, they [vendors] become more aggressive with women than they do with men.”

This was apparent in de Silva’s life, where she was subject to the scepticism of her clients and the jibes of fellow Kandyans. As Pinto wrote in the Guardian, de Silva had also reportedly complained to her peers on numerous occasions: “I was dismissed because I am a woman. I was never taken seriously for my work.”

Together, these factors have led to the erasure of de Silva’s legacy. Even though she worked on a total of 43 projects—ranging from private houses to larger scale housing developments—many of those are in ruins, while others have been demolished or redeveloped.

Her signature touches such as the concept of ‘open showers’ were ahead of their time and not properly appreciated even though they are commonplace today.

“I can’t help but think that had she been a man, things would have turned out quite differently,” said Pinto. Stunted by cultural—and racial—barriers, de Silva’s contribution has been largely overshadowed by the achievements of her more illustrious successors like Geoffrey Bawa. “This is even more marked in the global context,” said Pinto. “As a woman of colour, Minnette was certainly even less visible to the largely white males who make up the vast proportion of architects and architecture critics.”

Besides, her work has been impacted by the tides of a changing city. Given the drive to build—and profit from—more and more high rises, particularly in Colombo, the desire to preserve town-houses is fading. As Pinto pointed out, there is no legislation to conserve this aspect of the country’s heritage either. “Sri Lanka has no legal imperative to preserve historically significant architecture from the modern period,” she said.

Not A Level Playing Field

In many ways, de Silva’s uphill struggle continues to resonate with women architects in Sri Lanka. Even to this day, many women in the field are underpaid for their services. “I know this for a fact as I have peers overseas,” said Jeyanathan. “And this is not just a problem in Sri Lanka, that women are not able to command the same fees and salaries as their male contemporaries and peers.”

Despite having worked with several prominent names in the industry, architecture coach and mentor Dilini Mapagunaratne said she has faced also issues with payments. “They [clients] take my advice, my designs, they like it but don’t want to pay me for it. They would rather pay ten times [more] to an international male architect or company for the same design and solution that I offered in the first place,” she said.

Even when women are as qualified and experienced as their male counterparts, they are often seen as being better suited to be interior designers, whereas men are perceived as better architects.

Dhushyanthi Jayawardena, a practising architect noted, “I have found that when working with some contractors and workmen, the initial reaction can be gender-based. ‘She’s a woman, what does she know?’ But once the project progresses and you’ve proved that you know what you are talking about, they back down.”

Leagues ahead of her time, de Silva paved the way for modern Sri Lankan architecture.

Yet, scholarship and awareness about her legacy is scarce. Hearteningly, her work has now been included in the City School of Architecture’s curriculum designed by lauded modernist architect C. Aljalendran.

“There are initiatives—by museums as far afield as Hong Kong—to preserve Minnette’s legacy,” said Pinto. “ I hope that projects like these succeed in stopping the destruction of Minnette’s few surviving builds. And I hope that my novel helps in some small way to do the same.”