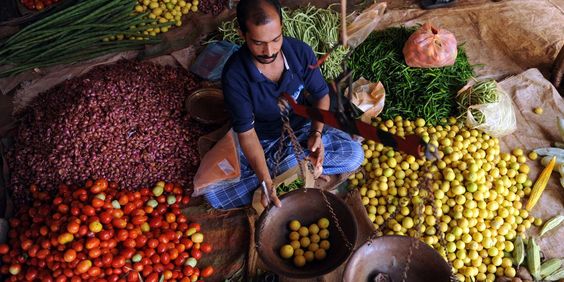 A significant percentage of Sri Lankans are malnourished, and not enough people know about it yet.

One might be forgiven for strongly doubting this statement given the increase in heart disease, diabetes, and visibly expanding waistlines, but a large percentage of the country is suffering from malnutrition in a number of surprising ways.

Despite significant improvements in many socioeconomic indicators over the years, including improved literacy rates, mortality rates, and healthcare services, Sri Lanka lags when it comes to nutrition.

One of the many reasons is a lack of awareness on proper nutrition amongst most people, until much further down the line when a health issue crops up.

Sri Lanka’s ‘triple burden’ of malnutrition spans three areas: undernutrition, overnutrition, and micronutrient deficiencies. But what do these terms mean?

Overnutrition is a form of malnutrition arising from excessive intake of nutrients, leading to an accumulation of body fat that impairs health, commonly known as obesity or being overweight.

Commonly known as ‘hidden hunger’, micronutrient deficiencies occur when the quality of food consumed does not meet one’s nutritional requirements. In Sri Lanka, this ‘hidden hunger’ is more common than we realise.

How Malnutrition Affects The Economy

Malnutrition isn’t just an issue that affects individuals. The long-term health consequences and socioeconomic effects of malnutrition are significant. The impact of malnutrition, in all its forms, on the global economy is estimated at USD 3.5 trillion per year. According to the 2015 Global Nutrition Report, good nutrition is infrastructure for economic development – grey matter infrastructure that supports thought, focus, and productivity.

In Sri Lanka, there are several major nutrition-based health issues that need to be addressed.

For instance, according to the Sri Lanka Demographic and Health Survey 2016, our undernutrition rates have remained largely unchanged for over a decade. Among the most vulnerable to the effects of undernutrition in Sri Lanka are its children. The 2016 Demographic and Health Survey recorded a 15% rate of wasting in children under five years of age, placing Sri Lanka among the countries with the highest prevalence of acute malnutrition in the world.

According to a study of school-attending adolescents in Sri Lanka from 2018, 36% of adolescent girls (between ages 10 and 18) were iron deficient. That’s three times higher than the boys surveyed from the same age group.

Malnutrition among children has also been linked to malnutrition in their mothers. Malnourished mothers are more likely to give birth to babies with low birth weight, who are more susceptible to poor health and malnutrition, fueling the intergenerational cycle of malnutrition. Studies have shown that up to 33% of pregnant and nursing mothers in the country are anaemic. Along with this, according to a survey, 45% percent of women of reproductive age are obese or overweight. In order to break this vicious cycle, it’s important to improve the nutritional status of young children and mothers.

But Why Is Sri Lanka Malnourished?

A traditional Sri Lankan diet consisting of vegetables and fruits, pulses, fish, and various meats is considered healthy and nutritious. But our dietary patterns and behaviours have faced drastic changes. This is more prominent than ever in the urban setting, where the typical Sri Lankan lifestyle has become increasingly sedentary, driven by increased screen time, desk jobs, and easier access to a variety of tasty but unhealthy foods.

Increasing urbanisation, easy access to highly processed foods, changes in income levels, along with mass-market advertising of unhealthy foods, and a reduced accessibility to healthy foods that are affordable have changed our consumption habits. Home-cooked meals are being replaced with ready-to-eat or easy-to-prepare foods. Even when we do consume our home-cooked meals, or a regular rice and curry, our portion sizes aren’t nutritionally balanced. Our ratio of carbohydrates to protein tends to be far too high as we pile on that rice with just the minimum of vegetables and meat.

We simply aren’t eating healthy anymore – and with such sedentary lifestyles, we aren’t even close to burning the calories we consume. The factors around us that influence our food choices make up our food environment. A healthy food environment means having the access and financial means to afford nutritious food. In this regard, many Sri Lankan families are struggling.

In order to gain access to healthier foods, it’s imperative to tackle the issue at its very roots. This is where a focus on food systems, centered on food production, can play a transformative role.

What Needs To Change?

What we eat influences what we produce, and vice versa. In order to address Sri Lanka’s malnutrition problem, our food production system needs to take nutrition into account.

Nutrition-sensitive agriculture ensures the production of a variety of affordable, nutritious, culturally appropriate, and safe foods in the ideal quantity and quality to meet the dietary requirements of the population.

This approach focuses on food systems; how we produce, collect, store, transport, transform and ensure access to food. It promotes focus on production of a diverse variety of nutritionally-rich crops, livestock, and fisheries.

Successful implementation of nutrition-sensitive agriculture relies on a number of different factors.

On an administrative level, food and agriculture policies must increase incentives for the availability, access, and consumption of diverse, nutritious and safe foods through environmentally sustainable production, trade, and distribution. Policies must further support strategies to improve nutrition within government structures. Along with this, improvements must be made in complementary sectors including health, water and sanitation, education, and politics.

But getting there hinges on one more important factor: consumer demand.

Supply needs demand, and profound changes in our current consumption patterns and food production are needed in order to combat malnutrition.

Sri Lanka is home to a variety of nutritious and affordable fruits and vegetables – a diverse range that many consumers often leave unexplored. If consumption patterns change with increased purchasing of nutritional crops, the food system must then adapt accordingly. This will, in turn, affect market prices and create a rising demand for such crops, affecting production. With this shift, food production can begin to focus on more than just the mass-consumed staple crops, and increase focus on such crops which were previously considered to be of secondary importance. Beyond this, an approach centered on food production is impactful only if it ensures that the poor, the marginalised, and the neglected have the same access to good quality, safe, and nutritionally adequate food.

In the urban context, promoting home gardening is one solution. Home gardens play a key role in enhancing food security by providing direct access to a variety of nutritionally rich foods, increasing purchasing power through savings on food bills, and even by providing a fallback food during periods of temporary food scarcity, such as the ongoing COVID-19 pandemic.

However, in a rural context, it is more important than ever. Many families depend on agriculture, but home gardening is not just a means for livelihood development and income. It can directly impact household food security and contribute to enhancing the nutritional status of a family. Successfully transforming our food system hinges on a conscious social and behavioural change. Each person plays a significant role.

Education can further help tackle the gender discrepancy that exists in malnutrition in Sri Lanka. Studies have shown that conditions such as stunting, acute malnutrition, and low weight decrease with an increasing level of education amongst mothers.

With increased education comes an increased awareness of each person’s role in the food system. From creating demand for healthy and nutritious food, to home gardening and cooking, change begins from here, as each individual translates this knowledge into actionable behaviours.