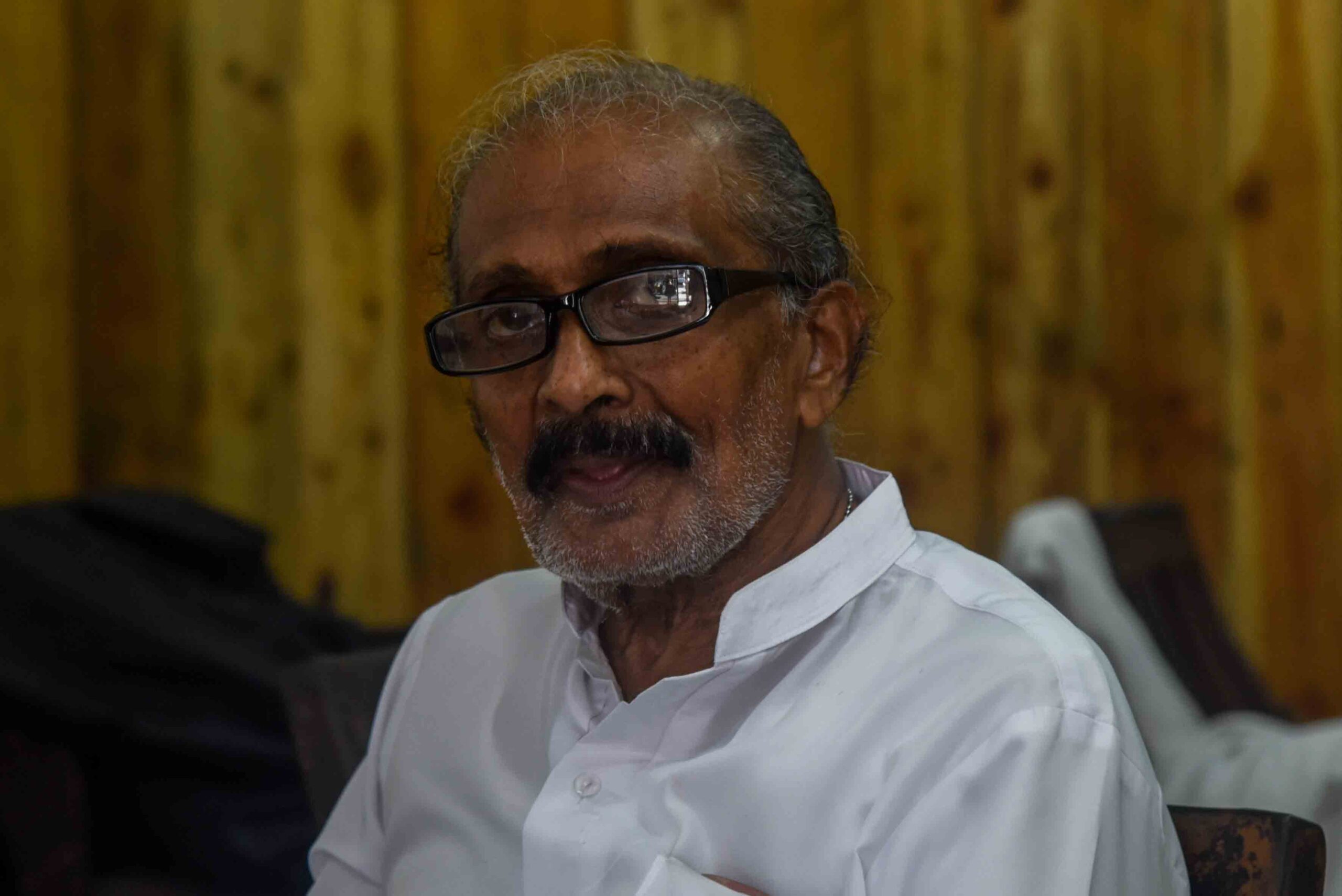 Nelson Fernando, 75, with a receding hairline but an outstandingly kept moustache, is the proprietor and chief barber of what is considered Sri Lanka’s oldest salon: the 94-year-old Lord Nelson Salon on Chatham Street in Colombo Fort.

The salon — or saloon as it appears on its glass doorway — is easy to miss. Tucked away between buildings in the busy business section of the city, the rectangular corridor-like space is almost invisible once the metal door in front is pulled down, covering the salon doors.
“It used to be a stable house and a storeroom when it was gifted to my father,” Fernando told Roar Media. His father, Justin Fernando founded the Lord Nelson Salon in in 1928 after the space was acquired for him by a British military officer who befriended him when he worked at the British Garrison’s salon on Hospital Street, adjacent to Chatham Street.

The salon is named after the famed English sea captain Horatio Nelson whom Fernando’s father admired, and was the first of many things to be named after him; the name had also inspired the christening of the Lord Nelson Hotel & Bar on Chatham Street, and; “when I was born in 1947 — 19 years after the salon was established — he named me Nelson as well,” Fernando said. And while both the sea captain — of whom a portrait is hung on the salon wall — and the Lord Nelson Hotel & Bar are no more  (the building was bought over by a different party that sectioned it off and space was sold off to new owners), Nelson Fernando and his salon remain, standing the test of time.

“My father maintained this place from 1928 up until the late 1980s,” Fernando said. “He passed away in 1981. I worked with him since 1962, starting as his apprentice. With his passing, the responsibility of this place passed down to me.”

By the age of 13, Fernando had seen enough of the trade of grooming to know when he graduated from the 6th grade, that he was done with school: “So I secretly started cutting hair at a salon in Negombo, where we lived at the time,” he said.

“My parents didn’t know. But one day, my father was very sick — he had asthma — and he couldn’t work. I told him to give me the scissors and step back. He was very shocked and asked how I learned to cut hair. I said, ‘by watching you only,’” he told us with a chuckle.

After his father passed away, two of Fernando’s elder brothers — Joseph and Gratian — moved in with him and started working at the salon. “We did tattooing as well,” he said. “I used to draw. So I would quickly sketch the design and the artist would tattoo it. My father also [used to do] it; we maintained grooming and tattooing simultaneously. There were plenty of foreigners who wanted to get tattoos done. Mostly foreign sailors. There used to be around five people who tattooed clients at the salon, that’s how busy this place was.”

Fernando also claims that Prince Philip had a tattoo done at the salon during one of his many visits to the island. Today, it is his son Prabashana who tends to clients wanting tattoos.

“To tell you, back in those days, after 2 PM, this salon used to be packed to the brim,” Fernando said. “All of my clients were foreigners. There used to be six barbers and all of them would be occupied with a client, with many waiting in line, seated inside or standing outside. But after the 70s, the foreigners slowly stopped coming in and one day, they just stopped showing up. The war started, this street was closed off for vehicles eventually, and all of that contributed to our loss of business.”

There was a time when statesmen and celebrities frequented his salon; apart from Prince Philip, Fernando recalls the likes of Dr N M Perera and Sir John Kotelawala who would come to the salon in between Parliamentary sessions that took place at the Old Parliament complex near the Galle Face Green.

“There is a client who used to frequent the salon during my father’s time, Wijedasa Hettiarachch, that was his name,” Fernando told us. “He used to be a politician from Horana. Now he’s very old and frail. He comes once a year to our shop and gets his hair cut but before that every month, without a mistake he would visit the shop and get his hair cut.”

As it did with many things, the COVID-19 pandemic set the downward trajectory of the Lord Nelson Salon. With none of his regular patrons coming in due to the lockdowns, Fernando struggled to continue his business.

“There used to be a line outside on the pension days because the people who come to get their pension payments, would come here and get their hair cut. Government workers, bankers and lots of other people. We were closed for around 3-4 months because of COVID. That’s when we started losing business gradually.”

The trials and tribulations the salon experienced in 2020, were exacerbated the following years. Today, the Lord Nelson Salon is on the verge of disappearing, with its future uncertain.

“Long-time patrons keep coming back for a reason, I believe,” Fernando said hopefully. “Even if they get their hair cut from a different place, they’d come back because they feel as if they are satisfied with the cut they got from us. It’s such a peculiar feeling. But now, it’s up to my children to keep this going. Our time is gone now.  And just because we are stubborn to let it go doesn’t mean that it’s not difficult.”