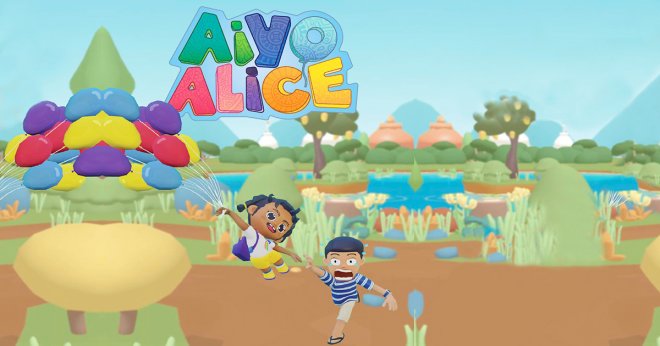 In a country like Sri Lanka, where issues such as discrimination, hate speech, and fake news are prevalent, it can often seem impossible to come up with effective ways in which to make people more empathetic and tolerant towards each other.

There are many initiatives that have begun with the aim of starting early by teaching children at a young age to be more accepting of other religions and cultures and to live more harmoniously together.

One of the latest of such initiatives, is a mobile game called Aiyo Alice, available on both iOS and Android, aimed at educating young players about how to tackle sensitive issues whilst they play the game.

Developed by MinorMatters, a public movement dedicated to fostering religious harmony and protecting the freedom of religion or belief in Sri Lanka, the game was launched to advance reconciliation and promote national coexistence.

Legal Research Assistant at MinorMatters, Jashan Jegasothy,  told Roar Media, “The challenge was that this was never done before in Sri Lanka. [But] we knew that this was an opportunity not to be missed and began discussing a mobile game for youth that was fun to play but also addressed certain relevant topics.”

The premise of Aiyo Alice is simple. It begins with a character named ‘Andy’, whose goal is to find his younger sister — the titular Alice —  before their mom realises that they are both missing. Set in Sri Lanka, the game takes players across the entire island, with Andy having to intervene and solve issues experienced by different communities. There is a humorous undertone to the game, which keeps players engaged, even as they learn important social life skills.

Interestingly, instead of having any dialogue, the game relies on facial expressions, in order to make the game more accessible to people, regardless of what language they speak. It also features a collection of fast-paced ‘mini-games’ which the player is made to complete before he/she/they can proceed to the next stage.

Aiyo Alice focuses on four key social issues most relevant to Sri Lanka today: fake news, hate speech, discrimination, and COVID-19. These are discussed in detail in a trilingual catalogue feature built into the game, that gives the player different options with which to counter the problem, encouraging them to look beyond the issue for an effective solution.

For instance, in the part of the game that tackles COVID-19, Andy, who is moving through several train compartments looking for Alice, sees people coughing, and as he gets closer to them, his health indicator reduces; he learns that maintaining social distance is essential to making it through to the next compartment. Along the way, Andy can pick up a mask or take a health boost to guard his health.

The game takes a subtle approach to hate speech, by using water balloons to diffuse two groups who are facing off against each other. Symbols such as #[email protected]! % are used to indicate certain words being used by the groups. Here, the player can throw water balloons at the groups to ‘cool’ them down and diffuse the heated situation before it gets any worse.

Fake news comes up at the climax of the journey, when many individuals, seeing Andy chase after Alice, assume he is a kidnapper and try to snap photos of him in his pursuit. The game itself encourages the player, who is aware of the real situation, to snap photos of Andy and post it on social media with the tag ‘kidnapper’. This reflects how, even in real life, the complete picture is often unknown and can therefore be misrepresented to create ‘fake news’.

After each issue, the player can read from the catalogue and learn more about what they played and how it relates to real life.

MinorMatters says they have learned that training programmes, workshops and toolkits can only reach a certain number of people — in order to reach a wider audience with these crucial topics, other creative means need to be explored. This is what prompted them to reach out to Motion Miracles, a local game development company, to help them create a game that would make important issues relevant to a younger demographic.

Aiyo Alice falls into a growing genre of gaming across the world called ‘Games for Social Change’. “With over two billion gamers as of 2021, a growing community of casual gamers in Sri Lanka, and a growing genre of gaming for social change, it was clear that this was an avenue that was able to reach a larger age category that can nurture critical thinking, as well as educate players,” explained Shenal Jesudian, Project Assistant, Creative Media and Design for MinorMatters. He added that the goal was to create something that wouldn’t necessarily appeal only to gamers, but something that can be enjoyed by anyone with a mobile phone.

Since the launch of the game, MinorMatters has been actively monitoring the metrics on both the Apple app store and Google Play store via game analytics. As of now, there are 11,600 downloads on Android and 381 downloads on iOS and the game has been installed in 122 countries across the globe. On the Google Play store, the game has a rating of over 500 with an average of 4 stars.

The difference in numbers between Android and IOS is large because the content for the iOS campaign that was supposed to be filmed couldn't proceed due to the current lockdown. MinorMatters hopes to resume filming once the lockdown is lifted.

Aside from the metrics, the team regularly monitors the feedback section on the stores to gauge people’s responses. The team says it is encouraged by the sheer number of people who support the overall cause. “One recurring comment we noticed was that people were proud that this was a home-grown initiative, and “Ape deyak” was posted often,” said Yamini Ravindran, Campaigns Director of MinorMatters. “Additionally, comments also included mentioning that the game taught good values that were relevant to Sri Lanka and could also be shared with children,” she said.

As for future plans, MinorMatters says there are a few projects in the pipeline to broaden the scope of what gaming means in Sri Lanka. “We want to be able to use gaming to start conversations, educate youth, and show how they can become changemakers in their communities,” said Yamini. Gaming has the potential to enhance social and emotional learning, strengthen intercultural dialogue and promote social harmony, and MinorMatters believes it is the future in bringing positive change to Sri Lanka.