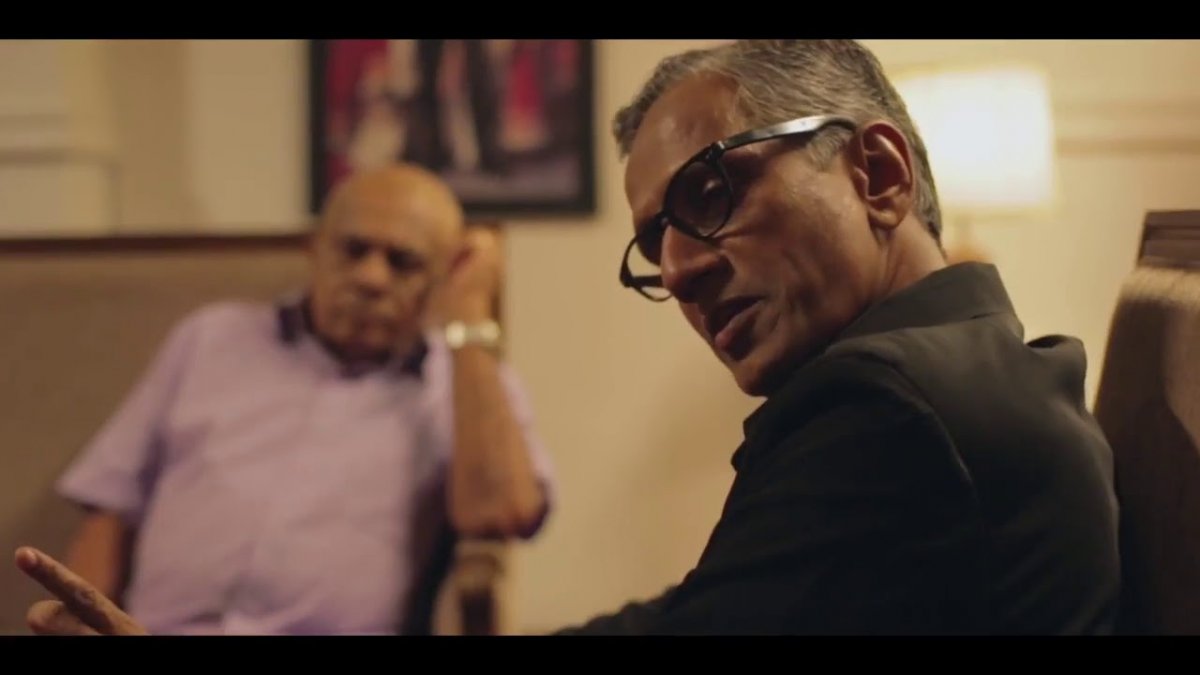 Politics is not without intrigue, as is evident in political thrillers like ‘House of Cards’, and, closer to home, ‘Koombiyo’, the political crime series that is making waves in Colombo. In one of the latest episodes, leader of the opposition Dudley Maldeniya (played by the brilliant Peter de Almeida) enlists the help of chief protagonist and mastermind Jehan Fernando (Thumindu Dodantenne) to fashion a union with a Leftist political organization to further increase his ‘numbers’, in what is manifestly a numbers game. Fernando promises results in four years, an indication of the tenacious patience needed in political gaming, reminding us of other compelling real-world tales of political intrigue. We’ve listed here five occasions in which political gaming was used for personal or party gain in Sri Lanka’s post-colonial political history.

1. The Orchestrated Resignation Of Dudley Senanayake in 1953 Dudley Senanayake, at 41, was the youngest member of the Cabinet when he was appointed Prime Minister by Governor Sir Oliver Goonetilleke. Image courtesy dailynews.lk

Dudley Senanayake’s father D. S. Senanayake—the “Father of the Nation”—led the Independence movement to became the first Prime Minister of Ceylon in 1947, but suffered a stroke and passed away in 1952. At his death, the Premiership was expected to be passed onto senior United National Party (UNP) Cabinet member Sir John Kotelawala, who had been bumped up to second-place in the party with the withdrawal of S. W. R. D. Bandaranaike in 1951, who went on to form the Sri Lanka Freedom Party (SLFP). However, Governor Sir Oliver Goonetilleke chose to pass on the reins to Senanayake’s son Dudley, who was at the time Minister of Agriculture, and the youngest member of the Cabinet at age 41. The move caused consternation in the circles close to Kotelawala, but Governor Goonetilleke pressed on with the change. Around the time, a kele pattare (anonymous paper, circulated widely) called ‘Premier Stakes’, containing derogatory and defamatory comments about top leaders including Dudley Senanayake, was leaked to the public. Although there was no evidence to link Sir John Kotelawala with the  kele pattare, it was widely believed that he orchestrated the publication of it. Premier Dudley Senanayake was forced to remove Sir John Kotelawala from his Cabinet position, but later relented when the former made a show of contrition. Senanayake called a general election soon after, which the UNP won. Under the leadership of Senanayake, however, the government made a number of ill-advised moves, including increasing the price of rice, which led to the first hartal, or first mass act of civil disobedience by independent Ceylon in 1953. Sir John Kotelawala was at the forefront of the state machinery that quelled the riots. However, responsibility for the death of nine civilians during the protest fell on Dudley Senanayake, who resigned shortly after, citing bad health. His resignation paved the way for Sir John Kotelawala to take over as Prime Minister, nearly a year-and-a-half after his initial bid for Premiership. The 1962 coup d’état was an attempt by a group of top-ranking military officers to topple the government of Sirimavo Bandaranaike. Image courtesy rattviseformedlingen.se

The military coup of 1962 was an attempted by a group of disenchanted high-ranking military officers to topple the government of Prime Minister Sirimavo Bandaranaike. The group, composed primarily of Christian officers, felt they were being systematically sidelined by the government ever since S. W. R. D. Bandaranaike—himself a Christian turned Buddhist—began a campaign of ‘Sinhalisation’, which included appointing more Sinhala-Buddhist officers to the military and elevating them to ranks above the Christian officers. The attempted coup, code-named ‘Operation Holdfast’, intended to arrest the Prime Minister and several other top members of the government—including Army Commander H. Winston G. Wijeyekoon, who was not in on the plan—and hold them in a bunker at the Army Headquarters, after which a curfew would be announced in Colombo, followed by a take-over of the Central Telegraph Office, the newspapers and other key establishments. The group planned to take direct control of the state after having Governor General Sir Oliver Goonetilleke dissolve parliament. The attempted coup failed and the conspirators were arrested after S. P Stanley Senanayake, head of Police in Colombo, who was taken into confidence of the conspirators, divulged the information to his father-in-law SLFP M.P Patrick de Silva Kularatne, who notified the CID. Thirty-one conspirators were arrested, and twenty-six charged with attempting to overthrow an elected government. A Trial-at-Bar sat for 324 days and convicted eleven of the twenty-six charged. These included Colonel F. C. de Saram, OBE, Commanding Officer, Ceylon Artillery; Colonel Maurice Ann Oerard De Mel,Commandant, Volunteer Force, former Chief of Staff of the Army; Rear Admiral (Rtd) Gerard Royce Maxwell de Mel, OBE, ADC, relieved captain of the Navy; and Lieutenant Colonel Wilmot (Willie) Selvanayagam Abrahams. The accused were sentenced to ten years imprisonment and confiscation of property, but they took their case to the Privy Council, which acquitted all eleven. 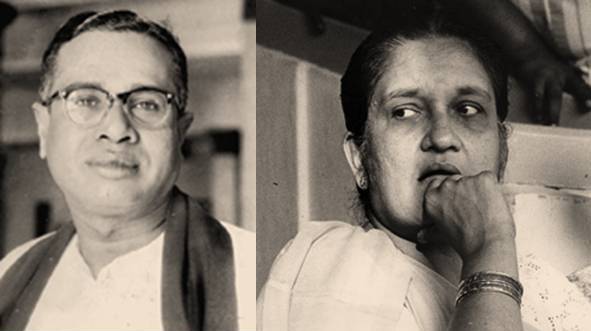 The crossover of Land, Irrigation and Power Minister C.P. de Silva from the ruling ranks to the Opposition precipitated the fall of the Sirimavo-led government

Rarely does a sitting MP crossover to the Opposition, but that is just what 13 MPs led by Land, Irrigation and Power Minister C. P. de Silva did in 1964. This was during the government of Sirimavo Bandaranaike, and was cause for her defeat in the subsequent election. C. P. de Silva was the senior-most member of the Sri Lanka Freedom Party (SLFP) after the death of its founder S. W. R. D. Bandaranaike, but was sidelined by his successor, widow Sirimavo Bandaranaike, who favoured her nephew Felix R. Dias Bandaranaike. Around 1964, Mrs Bandaranaike began negotiations with the Lanka Sama Samaja Party (LSSP) for a coalition government to prop SLFP, that had won the 1960 elections by a slim majority. The union with the leftist LSSP irked several members of the SLFP, and laid the foundation for the opposition UNP to begin wooing members of the government. These events were further conflagrated when the government initiated plans to nationalise the Associated Newspapers of Ceylon Limited (ANCL), which was widely seen as a move to curtail press freedom. Esmond Wickremesinghe—Ranil Wickremesinghe’s father—and J. R. Jayawardene—who was a Colombo South MP for the opposition UNP at the time—were both shareholders of ANCL (Lake House) at the time, and began in earnest efforts to prevent the nationalisation of the entity by weakening the government. The move by the SLFP government to place ANCL under state regularization also resulted in unifying opposition to the government. It is against this backdrop that the UNP-orchestrated deflection on C. P. de Silva, together with 13 other MPs, met with success. In his speech on 3 December, the day he informed Prime Minister Bandaranaike of his intention to crossover, C. P. de Silva said he was compelled to leave the government, because “our nation is now being inexorably pushed towards unadulterated totalitarianism”. He said he was foregoing his office in the SLFP, in order to “live [as] a free man in a free society”. C. P. de Silva was followed by Mahanama Samaraweera (Mangala Samaraweera’s father), P. P. Wickramasooriya, Wijebahu Wijesinghe, Edmund Wijesuriya, A. H. de Silva, Indrasena de Zoysa, Chandrasena Munaweera, W. G. M. Albert Silva, S. B. Lenawa, Lakshman de Silva, Dr. Edwin Tillekeratne, Sir Razik Fareed, and R. Singleton-Salmon. His deflection prevented the SLFP government from pushing ahead moves to nationalise ANCL, and also weakened the SLFP-LSSP government, that subsequently lost to a seven-party coalition in 1965. Mass deflection to the opposition and a no-confidence motion by the UNP weakened Chandrika’s People’s Alliance government. Image courtesy DailyFT

It is always calamitous when sitting MPs move out of the government and into the opposition, and calamity is what occurred when a number of MPs of the People’s Alliance (PA) government deflected in 2001. This was during the presidency of Chandrika Bandaranaike-Kumaratunga and precipitated the fall of the government, following a no-confidence motion brought in by the opposition United National Party (UNP).  President Chandrika Bandaranaike-Kumaratunga had in October 2000 dissolved Parliament and called for fresh elections. The Sri Lanka Freedom Party (SLFP)-led People’s Alliance won the election thanks to the support of two minority parties—the Eelam People’s Democratic Party (EPDP), and the Sri Lanka Muslim Congress (SLMC). In June 2001, President Kumaratunga made the unwise call of sacking SLMC leader Rauff Hakeem (it is said, in a bid to hand over reins of the party to SLMC founder M. H. M. Ashraff’s widow Ferial Ashraff), prompting five members of the SLMC to deflect with their leader to the opposition. Close on the heels of this shake-up, the UNP relayed its intention to bring forward a no-confidence motion against the PA government. The no-confidence motion was supported by 88 UNP members, five Tamil United Liberation Front (TULF) members, three Tamil Eelam Liberation Organization (TELO) members, and one All Ceylon Tamil Congress (ACTC) member—97 MPs in all. President Bandaranaike-Kumaratunga suddenly found herself beset by problems from both within and without her party. In a desperate effort to save her now minority government, the President used her executive powers to suspend Parliament for 60 days, to enable “concerned political parties to find a solution to their differences” and to “consult the public” on the need to change the constitution. The referendum was initially fixed for August 21 (2001) and then put off to October 18, during which time she attempted to broker peace with the UNP, to no avail. The final blows came when 8 members of her own PA, including her closest allies Ministers S. B. Dissanayake, Bandula Gunawardena and Professor G. L. Pieris, crossed over to the opposition UNP, followed by four members of the Ceylon Workers Congress (CWC), reducing the strength of the PA in Parliament, and leaving the incumbent President in the lurch. Maithripala Sirisena shared a meal of ‘hoppers’ with his leader Mahinda Rajapaksa before deflecting and coming up against his erstwhile leader as common opposition candidate. Image courtesy colombotelegraph

The 2015 Presidential Elections saw the unexpected appearance of Maithripala Sirisena as common opposition contender. President Mahinda Rajapaksa, who had taken over the mantle in 2005, had remained as President for two 5-year terms and was seeking a third term in office at the 2015 elections. Sirisena was previously the General Secretary of the Sri Lanka Freedom Party (SLFP), the party led by President Mahinda Rajapaksa, who had called the elections two-years before its time. The irony was that Sirisena, hours before deflecting and coming up against his erstwhile leader Mahinda Rajapaksa, had enjoyed a meal of ‘hoppers’ with the latter, while discussing matters of political interest. It is reported that former President Mahinda Rajapaksa told his party General Secretary Maithripala Sirisena that he was confident he would win the upcoming Presidential election, never knowing his subordinate was plotting against him and would ultimately present himself as the common opposition candidate, winning the election and going on to be the 7th elected President of Sri Lanka.