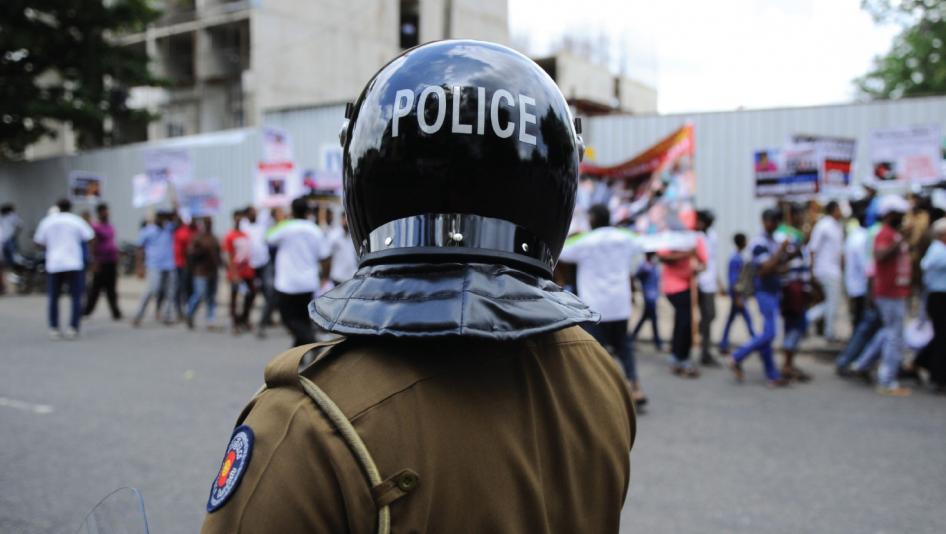 We’ve all had our encounters with the Police, be it for traffic violations or incidents of public security.  But what do we really know about the officers charged with upholding law and order? We see khaki-uniformed patrolmen at every traffic stop, but do we know what institutions and legalese put them there in the first place? While Sri Lanka has always had a traditional systems of governance, it was the Dutch who first introduced the concept of ‘policing’ to the city.

K. Pippet, in his book A History of the Ceylon Police writes, “On the 10th June 1659, a resolution was passed by the Colombo Council for regulating the Burghery and Trade Guilds which ordered Captain Peter Wasch to select four of the slowest and most heavily built married soldiers to perform the duties of night or rattle watchmen…”

The Dutch were also responsible for setting up the first Police stations in the country; one at the northern entrance to the Fort, another at the causeway connecting Fort and Pettah and a third at Kayman’s Gate in the Pettah. In addition to these, the office of ‘Disawa’ of Colombo—a Dutch official at Hulftsdorp— also served as a Police Station for the suburbs.

After the Dutch acceded power to the British in 1796, the policing of the city was taken over by the military, and in 1797 the Office of Fiscal was created, and entrusted with the responsibility of policing the city of Colombo. With time however, Governor Fredrick North, finding the Fiscal ‘overburdened’ with the task of policing, soon entrusted magistrates and judges with the task of supervising the police. 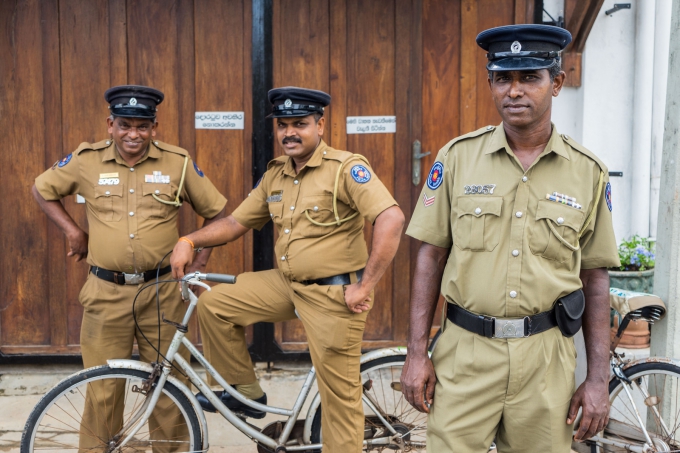 In 1805, police functions expanded from the maintenance of law and order to include the detection and prevention of crime. The rank of Police Constable was created, and came to be associated with all types of police work. In 1806, the city of Colombo was divided into 15 divisions and police constables were appointed to supervise each of  the divisions.

The Police Ordinance was established in 1865 and Governor Henry George Ward appointed G. W. R. Campbell, an Indian officer in charge of the ‘Rathnagiri Rangers’ of the Bombay Police, to take on the task of organizing the police force in Ceylon on the 3 September, 1866. The third of September, 1866, is therefore considered the beginning of the country’s present police service.

According to Sirisena Herath, retired Senior DIG of Sri Lanka Police, while an IGP enjoys overall command, the Senior DIG is tasked with overseeing each province. Below the Senior DIG is the Deputy Inspector General of Police, charged with a ‘district’. This is followed by the Senior Superintendent of Police (SSP), who is in charge of ‘divisions’. 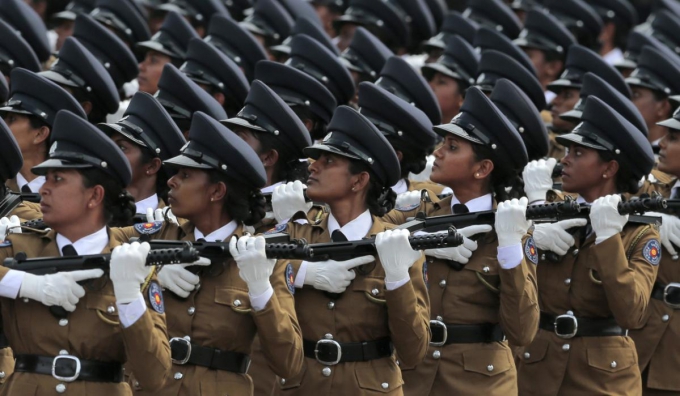 Women were admitted to the police force for the first time in 1952. Image courtesy pergelator.blogspot.com

After the SSP comes the ASP, or the Assistant Superintendent of Police. The ASP is a supervisory officer who investigates public complaints. According to Herath, public complaints are always investigated by an ASP or officer senior to an ASP. The ASP is followed by Chief Inspectors (CI) who man ‘A’ grade stations—Borella, Pettah, Bambalapitiya etc.—followed by Inspectors who are in charge of other stations of lesser grade. This is thanks to a 1954 decision to grade police stations according to five classifications—Grades ‘E’ to ‘A’, depending on the workload, population, locality, crimes etc., in the area.

Further down the police ranks are the Sub Inspectors, Sergeant Majors, Sergeants and Police Constables (PC). According to Herath, Sub Inspectors are in charge of ‘C’ grade stations and lead teams of sergeants and PCs in raids. Sergeant Majors, on the other hand, only participate in parades and drills, Herath said. Sergeants, while not ‘in charge’ of anything, are typically transferred to court duty, depending on the length of their service and available vacancies. PCs belong to the lowest rung of the police service, and are tasked with myriad duties.

Women were admitted to the police force for the first time, in 1952, but the rank of Woman Sub Inspector was only introduced in 1976. It took until 1988 for a Woman Police Inspector to be promoted to the rank of Assistant Superintendent of Police. According to Herath, women police officers today are eligible to be appointed to all positions within the police force – including that of IGP, if they meet the necessary criteria and requirements. Women Police officers have however only made it to the rank of Senior Superintendent of Police, he said.  Meanwhile, the police force continued to make strides by establishing a Tourist Police and the Illicit Immigration sector in 1969, Crime Detective Bureau in 1972, and the Police Narcotics Bureau and the Colombo Fraud Investigation Bureau in 1973.

Today, the police force has many specialised units and divisions. These are the Protective Units—charged with tasks such as the President, Prime Minister, Ministerial and Diplomatic security; the Counter Terrorism Unit, under which the Special Task Force (STF) and the Terrorism Investigation Division (TID) exist; the Crime Investigation Unit, under which fall the Criminal Investigation Department (CID), the Colombo Crime Division (CCD), Police Narcotic Bureau (PNB) and several other sub-units. 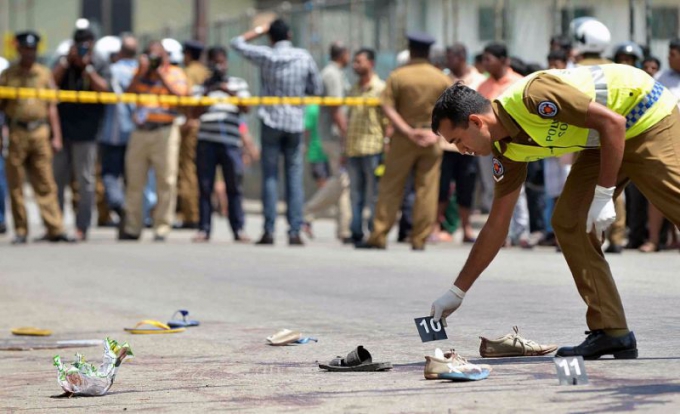 Entrance to the police service is at three levels—Police Constable, Sub Inspector and Assistant Superintendent of Police. To enlist as a Police Constable, it is necessary to have passed the O/L examination, including the subject of Mathematics. To enlist as a Sub Inspector, it is necessary to have four credits for the O/L examination, including Mathematics, while to enlist as an Assistant Superintendent of Police it is necessary to be a graduate. Police men and women typically stay on in service until the age of retirement, which is 60, but are sometimes given the chance to opt out through voluntary retirement service (VRS).

The police force, in its current iteration, promises ‘dhamemā havay rakakhati dhamamachāri’, which is Sanskrit for promising to ‘righteously protect those who abide by the law.’ However, especially during the rule of repressive governance, the police force has been known to transgress and act with impunity. It is for this reason, and due to the lobbying of many civil rights activists, that the National Police Commission came into being in 2001. Although the NCP was twice discontinued—between 2005 and 2006, and once again between 2009 and 2012—it promises to ‘provide support to transform the Sri Lanka Police Force into a disciplined, credible and community responsive service’, by ‘entertaining and investigating public complaints against the Police Force or Police Officers’. It is this National Police Commission that ‘polices’ the police, and ensures it is a ‘people-friendly, professional, prestigious’ police service.

Cover: A policeman keeps watch during a demonstration in Colombo. Image courtesy hrw.org