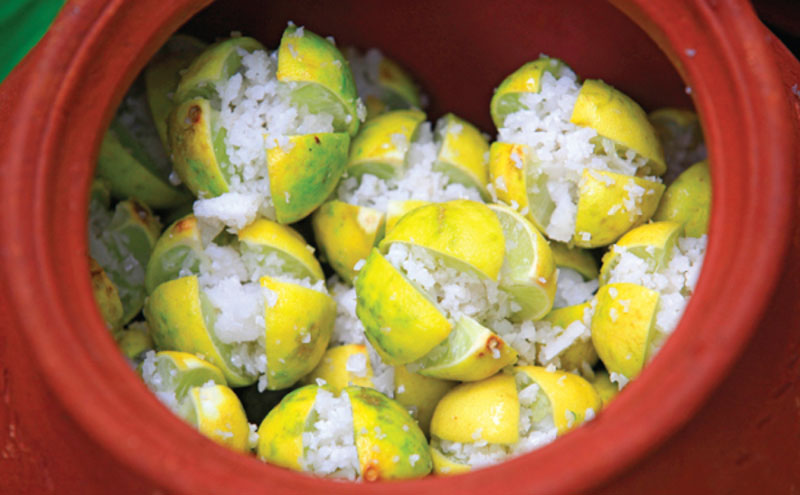 Traditional Sri Lankans grew plenty to consume and to share. The surplus was conserved to be used in the future. Food conservation was done for two reasons. Firstly, to ensure future food security, then to make available during the leaner periods.

Sri Lankans of old used to be a predominantly agrarian community. Conscious of waste, they made sure that perishable foods were well preserved, and had a number of preservation techniques.

Academics note that the methods used to preserve food were relatively simple and uncomplicated. In his paper, Sri Lankan Traditional Food Cultures and Food Security, Professor Perera highlights how there are no historical records of food shortages having occurred in the country’s past—possibly a testimony to the efficacy of great management, and these methods of preservation.

Some of these methods are listed below. Fish are often flayed or laid out whole on jute mats near the beach, exposed to the elements and soaking salt for days. Image courtesy: timeout.com

Salting and drying go hand-in-glove, with it being a popular form of preservation. This includes using either dry salt, or the salty solution known as brine.

You may have heard of karawala, lunu dehi, and lunu amba—dry fish, salted lime, and salted mango. The latter two are popular rice pullers, often kneaded in with sambols to add add tartness and flavour.

While the salted fruit can easily be made at home, salting and drying fish is often the main source of income for many families in fishing villages. When using dry salt for preserving fish, the fish is salted in dry salt for two to three days, before sun-drying it and removing excess salt. With brining, the concentration of the salt can be controlled better.

With fishing being the main source of income and employment for many coastal families (for obvious reasons), they often had to deal with a surplus of fish. Not all fish were converted into karawala. Some were smoked instead.

A rather time consuming and laborious affair, fish would be laid out on mesh nets placed over coals. People would spend over 12 hours a day for two days tending to the smoking fish. However, left to the elements, this isn’t really the most hygienic method. Some fish would spoil, while the fumes caused eye and skin irritation, and respiratory diseases.

In 2008, the Food and Agriculture Organisation (FAO) introduced a new smoking oven to local women, which utilizes technology to smoke and dry fish more effectively, cutting the process down to just six or seven hours.

Meat, either dried or otherwise, would be stored in vats of honey. This used to be a method used by the Veddah community to preserve game. A rather unconventional method was to bury certain fruits under dry sand. This method was mostly used by women to preserve lime, jak seeds, and several types of potato. The jak seed preserved this way even has its own name—wali kos, which roughly translates to ‘sandy jak.’

As far as convenience goes, we’ve come a long way in how we consume preserved food: often opting for canned and frozen items. While some ancient preservation methods will probably just die out (you will be hard-pressed to find people burying jak seeds and lime in Colombo) others, like salted and dried items, will hopefully continue adding zest to our rice and curries for generations to come.