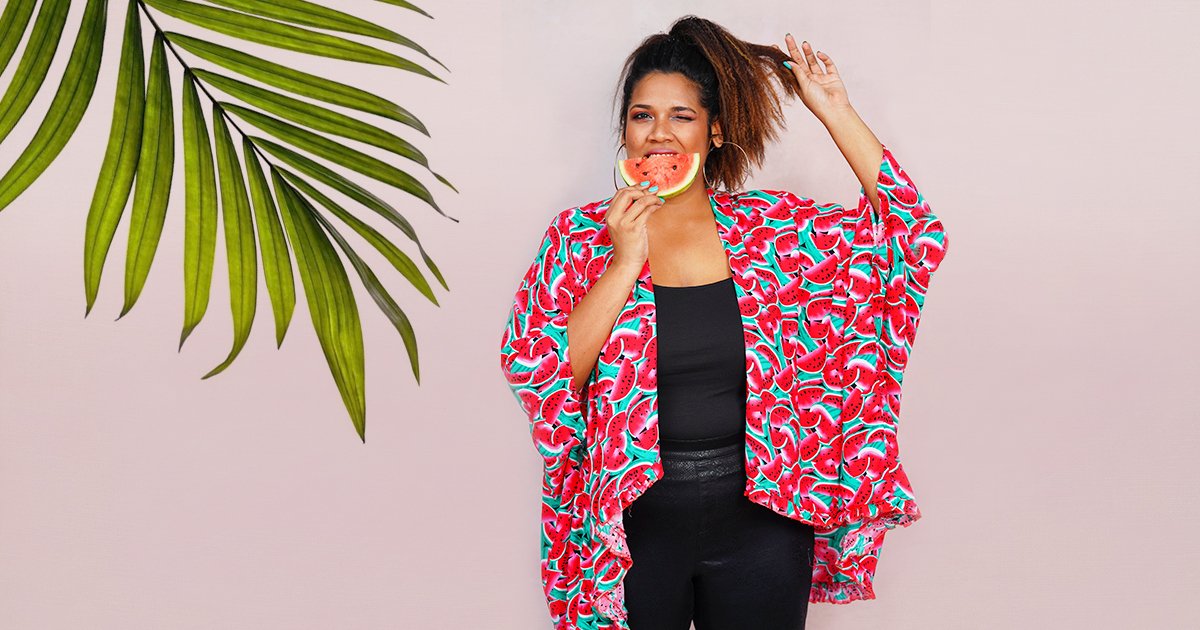 “I was born overweight,” Ranjula Herath told Roar Media with some amusement. “The first thing the doctor did was to weigh me, and I was 5.1 kg — overweight!”

Herath was not unhealthy, but her weight, and size, caused her a lot of pain growing up. “I was bullied and I suffered so much,” she said of her school experiences.

Fortunately for her, her school teachers stepped in at a time most important, to point out to her that it was her reviled size and height that had contributed to her selection for sports and other extracurricular activities.

“That really built my confidence,” Herath said, “and it was only at the age of around 19‒20 that I started to really accept my body.”

Herath had her early education at Musaeus College, Colombo, and has a background in marketing and management, pursuing CIM qualifications — during which she was awarded ‘Sri Lanka’s Best Performance’ for her year. She also holds an MBA from Staffordshire University in the UK.

“I have always been interested in the fashion industry,” she explained. “As a child I wanted to be a designer, but when exploring that as a career path, I didn’t find much security there, so I thought I would excel in my skill set and find a job in the industry later. I was always a very strategic child!”

Herath worked at Cotton Collection and later at the Academy of Design and now has an accumulated 8+ years of experience in the industry. Two years ago, she decided to pursue her mission of making body positivity a reality in Sri Lanka, and launched her own clothing brand, ‘Flabulous’.

“My entire life, I have not found a brand locally that could match my identity and personality,” Herath explained. “The plus-sized clothes available were either black, white, or navy, and were inevitably oversized.”

“And they were so boring!” she added. “There was nothing colourful, no prints. And growing up, this was very hard, because all the other girls would be so colourful and I was stuck with the sombre clothes. So I decided to make a change.”

Herath wanted clothes that would help her live her true identity — bubbly, colourful, extra, bold and larger than life. “The first thing I do when we design something, or when we decide on a collection, is to ask myself, ‘is this flabulous?’” she said.

‘Flabulous’ itself is made up of the words, ‘flab’ and ‘fabulous’:  “I have flab!” Herath said, very matter-of-factly. “Whether I lose or gain weight, my arms are flabby. But I am a person who doesn’t let her body define who she is as a person. My personality is very bold, and I like to be daring — I don’t limit my mind to my outer appearance. And ‘fabulous’ is just a word that had been stuck in my head for a long time, so I thought a representation of them both as a brand name would be great.”

Body Positivity As A Message

Herath is greatly concerned about the messaging, sent overtly or covertly, by the fashion and related industries. “What has happened in this world is the media, and the fashion industry especially, portrays a very unrealistic beauty standard; it drives a specific image that is very unrealistic, and many people struggle as a result of this,” she said.

Herath pointed out how this did not apply to plus-sized models only. “No matter where on the spectrum you are, this affects you,” she said, referring to very skinny people who are often bullied for being overly thin. “Body positivity means accepting all bodies,” she said. “We really try to keep our platform open to this. And honestly, if I had the capital, I would produce clothes for everyone, including petite and skinny people. But I am a startup at the moment, and we are only two years old, so I am a bit away from realising that goal,” she added.

Herath is keen to start a body-positive movement in Sri Lanka, to promote confidence, especially among girls of the younger generation. “I didn’t have anyone to look up to, growing up,” she said, “and even when I started working as a young adult in the local fashion industry, I realised there was no representation of people that looked like me. We need to create an environment in which young people who look like me feel included and normal.”

Not Just A Marketing Tactic

Herath feels it is important for the fashion industry as a whole to incorporate the values of body positivity with inclusion and diversity. “It is really important that brands accept that bodies are different,” she said. “And this is not a topic we should be talking about in 2021 — internationally, these issues have been taken very seriously. Now you see even the big brands, from campaigns to catwalks, are incorporating diversity not just in terms of sizes, but also races, religions, communities, skin colours and conditions — there is a lot of representation now, internationally.”

But in Sri Lanka, diversity and inclusion are often used as a mere marketing tactic, Herath bemoaned. “I am unapologetically, very bravely, saying these things about the industry, while being in the industry,” she said. “I think the industry really needs to change, so my plan is to break stereotypes in the industry. This is why we introduced the hashtag #bethechange, because we really need to create an environment in which, apart from the numbers and sales, we understand our responsibilities as companies or brands to make people feel good about themselves.”

Herath also underscored the importance of local brands understanding that inclusivity and diversity does not just mean a “plus-sized collection”: “You can’t just do a collection, use a plus-sized model and then say you are a body-positive brand,” she said. “True body positivity is paying close attention, listening to the customers, understanding how their bodies change, what their silhouettes are like, how their styles and personalities are different. Everything you do should ultimately resonate with whoever is wearing it. Our collections, from a market response point of view, have always been in line with that philosophy,” she said.

Despite being just two years old, and having launched right at a time when the world was entering a two-year-long pandemic that has crippled economies, ‘Flabulous’ has managed to stay afloat and do well. “We’ve even taken a small step towards taking our brand global,” Herath said, “and we launched in the U.S. in 2021.”

Commenting on the impact of social media on young people, Herath said she also wanted to take the message of body positivity all over Sri Lanka. “If you go onto TikTok you will see, they [teenagers, young people] struggle a lot with communicating their identity and finding out who they are — this struggle is irrespective of their size!” she said. “But the body plays an integral part in accepting themselves, so it is actually something really deeply connected. So I want to apply this messaging there, to create more impact among young people.

“Social media is very damaging, and the beauty standards it sets are unrealistic. Everything is pretty much staged. If you take our images, you will see, I do not allow any retouching; you will see the cellulite, the blemishes and even the wrinkling and folds on the clothes — we keep it very realistic, and this is very important, because as a child or teenager you have no real control over what message your brain picks up about something, so I would rather children and teenagers are exposed to something real, rather than something unrealistic, staged and unhealthy,” she said.

When asked if she had a message for her 14-year-old self, Herath said, “I would tell myself, ‘Don’t listen to what other people say; instead listen to yourself.’ Unfortunately, when I was 14, I didn’t tell myself that. And your confidence really gets affected when people bully you. So what I would say is, don’t listen to others but try to accept yourself. And if there is something you are not happy with, change yourself, but change it for your happiness, not for others. And make sure the kinds of thoughts that you are feeding your mind are positive,” she added, noting the mental health impacts such thoughts could have on a child.

This is the same message Herath wants to take to other young people in the world. “I would tell them to embrace themselves, and with the power and confidence that comes from embracing yourself, you will see that you have the potential to help others and attract that kind of energy. So I would tell them to focus on that, the positives,” she said.