Every morning and evening, crowds pour in and out of the country’s railway stations, as people hurry home or to work. But lately, they are faced with abandoned railway stations, bereft of staff, filled with people desperate for a way to travel.

The muffled voices that blare the arrival and departure of trains over the PA system is eerily silent. The only noise is the shuffling of feet and the grousing mouths, complaining and protesting. People are unhappy—it is clear the trains are not coming. It has been over a week, since on September 25, a collective of the railway and locomotive trade unions walked out, refusing to work after talks with authorities over salary anomalies failed. It came at a time when protests from several other sectors were being played out simultaneously, severely crippling public administration.

And while several of the other strikes—which include the Ceylon Teachers’ Services Union and the Sri Lanka Administrative Service Association—have called off or postponed their protests, the railway strike continues.

Sri Lanka Railway employs 14,885 people. These include engine drivers, guards, station masters, and supervisors who are all participating in the strike action. As a result, only nine of the approximately 300 trains that run daily are moving, leaving people stranded and angry. The Sagarika, Ruhunu and Gaalu Kumari, which transport a large section of the country’s working-class, have not been running since day one, and serious concerns have been raised over the overcrowding of existing trains. 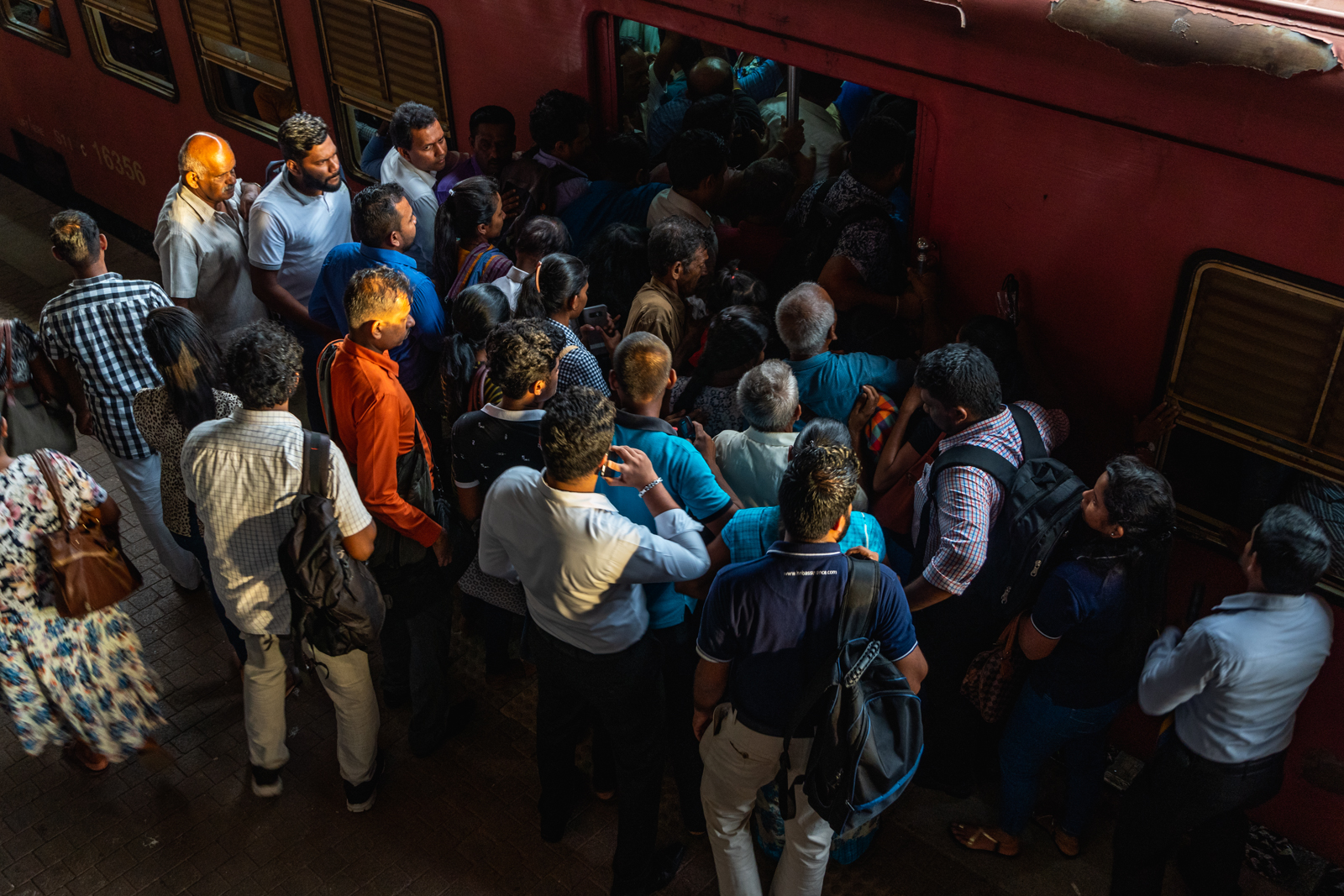 Twenty retired employees are currently keeping the service running at its bare minimum, and reports are that the Department of Railways has lost approximately Rs. 110 million in revenue over the last eight days. Short of acceding to demands, the government has done all it can to force employees back to work, declaring train service an essential service, and informing striking employees that they would be considered as having vacated their posts for not reporting to work for 48 hours, without issuing prior notice.

Afraid of the growing tensions, military and police protection was called in as a precaution to prevent any clashes between the railway commuters and the workers. Since the strike action began, countless passengers have been faced with difficulties in finding a way to travel.

Many commuters who travel back and forth between Colombo and their homes in the suburbs and beyond, prefer the comfort and the efficiency of the train to the bus.

And when the trains are removed from the equation, desperation takes over, as a result of which, many resort to daredevil acts of riding on the footboards of the train carriages. Making matters worse, inconvenienced passengers are made to brave the torrential monsoonal rains that have been flooding the island, as they wait for the few trains plying the route they take.

With no end to the strike in sight, there is no telling when things will getter better for people who are dependent on public transport, and it is manifestly clear a solution must be found.