Facebook has often come under fire in recent times, both locally and internationally. The news currently getting a lot of traction is of how Facebook uses—or allows external parties to use— user profiles and harvest data.

On 17 March, The Guardian exposed how data of over 50 million users was breached by Cambridge Analytica, a data analytics firm which tapped into Facebook user profiles. Reports further claim that this data was used to ‘fuel a form of information warfare’, and shape its users thought.

Kogan created “thisismydigitallife”, a personality quiz app which extracts data from the people who used it, and their friends’ information as well. Millions of profiles were harvested within weeks, and Kogan handed over the information to Cambridge Analytica—which was illegal, as the British Data Protection Law does not allow third parties to acquire data without consent. Additionally, while Kogan did, technically, have permission to use Facebook data, it was granted for academic purposes only. 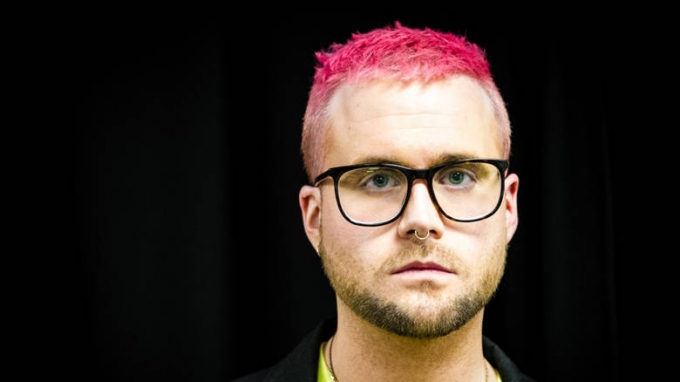 Christopher Wylie quit school at 16, dabbled in politics, and then joined Cambridge Analytica before turning into a whistleblower. Image courtesy: cbc.ca

These came to light only last March, when former Cambridge Analytica employee, Christopher Wylie, provided The Guardian and The Observer with inside information, violating his non-disclosure agreement.

In July 2015, news broke that “GSR’s data was in breach of Facebook’s terms of service”. Facebook contacted the firm and demanded that all data acquired through GSR be deleted. Cambridge Analytica claimed they did not have any data from Facebook, but The Guardian claims otherwise, as their whistleblower, Wylie, had a papertrail which disproved Cambridge Analytica’s assurances.

In addition to all these, Channel 4 acquired videographic evidence of Cambridge Analytica conniving to rig elections and create scandals involving politicians. Using an undercover agent representing a Sri Lankan politician needing help for his campaign, the channel filmed the company’s Chief Executive Alexander Nix assuring the agent that they could do anything: from blackmail, to bribery.

“…we can set up fake IDs and websites, we can be students doing research projects attached to a university, we can be tourists, there’s so many options we can look at. I have lots of experience in this,” he was recorded saying.

In addition to the Cambridge Analytica scandal, Facebook has been getting negative publicity for its hate-speech monitoring systems as well. The social media platform has been blamed for escalating ethnic violence in Myanmar, helping the spread of misinformation in India, and, more locally, for the spread of hate-speech and misinformation which lead to the Kandy-Digana riots just last month.

The Sri Lankan government’s decision to temporarily ban social media including Facebook, Instagram, and Whatsapp (all which are under Facebook’s umbrella), made international headlines—with media outlets claiming that the Sri Lankan government did what the USA could not; which was to “Pull the plug on Facebook over hate speech, fake news.”

Facebook officials flew down to Sri Lanka thereafter, and had a couple of meetings with government representatives and civil organisations by 16 March, during which they pledged to work on monitoring racial violence and hate speech.

One of the meetings was over a conference call, which included Lirnesia’s big data researcher Yudhanjaya Wijerathne.

“On their end, they [Facebook] stated that they have pledged only to work on racial violence and hate speech as per their published Community Standards and have not engaged with the government on anything else that does not meet their Community Standards criteria,” he said.

Following the meeting, President Maithripala Sirisena tweeted that he instructed the Telecommunications Regulatory Commission (TRC) to remove the ban.

By 21 March, Whatsapp co-founder Brian Acton tweeted that it was time to #deletefacebook. Elon Musk quipped in to ask “What’s Facebook?” before another tweep challenged him to remove his SpaceX and Tesla pages off the social media account. Musk responded positively, and followed through.

Facebook users have the option of downloading an archive of all their information acquired by the site, before opting to delete their account. Users who combed through the data and information discovered that metadata on every call, message, and much more were stored on site.

“Downloaded my facebook data as a ZIP file. Somehow it has my entire call history with my partner’s mum…a historical record of every single contact on my phone, including ones I no longer have…metadata about every text message I’ve ever received or sent…spoiler: I don’t use messenger for SMS…and the metadata of every cellular call I’ve ever made, including time and duration,” Dylan Mckay, a user, said in a series of tweets backed with screenshots. Issuing a statement (on Facebook itself), Facebook co-founder Mark Zuckerberg outlined a series of steps the company would take to prevent such an incident happening again.

He stressed that “the most important actions to prevent this from happening again today we have already taken years ago [sic]”. Facebook limited the amount of personal data external apps could access, way back in 2014, he said.

“Beyond the steps we had already taken in 2014, I believe these are the next steps we must take to continue to secure our platform. I started Facebook, and at the end of the day I’m responsible for what happens on our platform. I’m serious about doing what it takes to protect our community,” he added.

Ironically, the Guardian has been receiving legal threats from Facebook since uncovering the company’s data breach scandal.