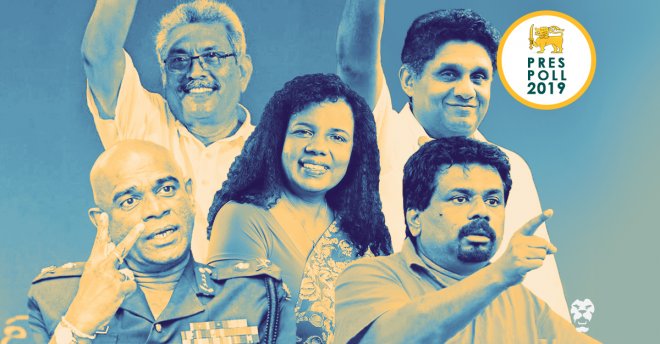 Know Your Candidate: Who Is Running For President In 2019?

A whopping 35 candidates have decided to run for the Presidency in Sri Lanka this year. This is a record number—the highest previously in 2010—when 22  entered the fray. Although a multi-party system, Sri Lankan politics has been historically dominated by two parties and it is typically the contenders from the two strongest parties or alliances that have commanded the race. This year, however, a number of fresh contenders have entered—making a third party alternative a viable option, and leading also to speculation that no one party, alliance or candidate will secure the majority, thereby necessitating a recount of second and third preferences. An election is always an important event—the very few times a citizen exercises his or her franchise, and this election is no different. But while some candidates effortlessly dominate the headlines, others fall into obscurity—so here is a quick update of the most basic information you need to know, plus some, about each of the candidates.

Remember, this election, your first, second AND third preferences will count. So educate yourself, and vote wisely!