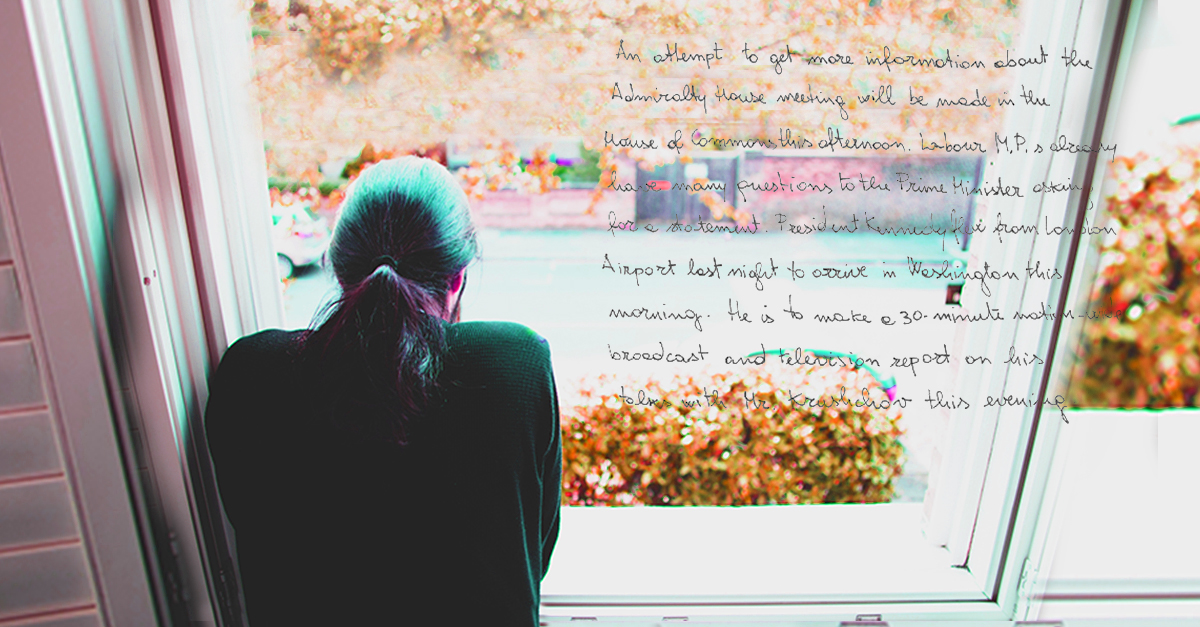 I wake up, hit snooze on my alarm, listen to the boys play cricket outside, surf through TV channels, and buy a doughnut from the choon pan man every evening.

Rinse and repeat. This has been my routine ever since my neighbourhood went into lockdown three months ago, as if I am in some weird Groundhog Day time loop.

I live in Mattakkuliya, which was under strict curfew until recently, and even after the curfew was lifted, the thought of going outside felt as though I was being released into some apocalyptic wasteland with no instructions and means to keep myself safe. My mother and I joke that Colombo must have become so altered in the weeks that we’ve been stuck inside. But the truth is that the city has been going on as if nothing has changed – and I guess for one half of Colombo, nothing has really changed, despite the rising numbers and the dramatically changed lives of the other half.

When I am not taking online classes or staring at my Netflix screen, I scroll through Instagram mindlessly, and sometimes wonder if I am living in some alternate reality to some of my friends. People on social media live in a different Colombo than me; they are still going out and eating at fancy restaurants, partying and hanging out with more people than a bubble should handle, and showing off their wanderlust with their latest travel pictures. I slide through story after story sitting on my bed and think about how I haven’t seen a single person (who is not on a video call) other than my parents for months now.

In some ways, I am actually luckier than most. I have a Netflix account that keeps me occupied amidst the threat of crippling loneliness and our basic income has not radically changed. But grocery stores nearby are running short, and delivery options are scarce. Families in the neighbourhood stand in line for their Rs. 5,000 government stimulus, even though they know it’s not going to help much.. Most of the members of my extended family — who all live within the radius of Mattakkuliya and Kotahena — are unemployed, some of them migrant workers who just got to return home. One of my cousins who was employed at the Peliyagoda fish market and tested positive in October, has been unemployed ever since he got home from the quarantine center.

Maybe the stark juxtaposition of this reality is what makes me a little bitter when I stumble upon the other side of Colombo on social media. The ethics of social distancing aside, I can’t help but feel distant, like an outsider looking in at this alternate reality.

Every day I question the vast difference in lifestyle, priorities, and privilege that divides some of my friends and I, and their social circles and mine. It’s nothing unprecedented or new, Colombo has always been a divided city, as most cities tend to be. I come from an average to lower-income neighbourhood and went to a Colombo 4 Catholic school, so trust me, I know how drastically different our lifestyles can be in this city. But the pandemic has really brought the division to such clarity. There’s a sense of negligence and removal that is so poignant when there are still zones and regions within the city with people struggling to meet their daily food and healthcare needs.

It is natural for  people to want to return to their normal lives the moment they are able to. I long for and miss things that I would have never thought I would even miss before — I wait for the day I can be in the crowded chaos of the Pettah streets, eat isso wade at Galle Face, and hug my niece whose face I only see on pixelated video calls of terrible quality. But the moment the curfew was lifted, I was reminded of the fact that it was not as if the virus had disappeared. And our first priority was getting groceries and panic-buying medicines because we couldn’t predict if we would go under  curfew again. I am not here to act the moral police, but I can’t help but be painfully cognizant of how the concept of ‘normal’ is very different to people who live in the same city but live completely different lives.