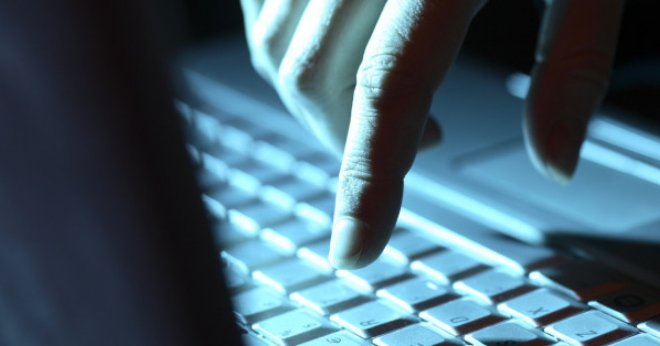 Cyber-Exploitation And Violence: The Darker Side Of Cyberspace

The internet. That glorious realm of connectivity and information that encompasses the whole world and deposits it at our fingertips. In this day and age, all it takes is five seconds and the swipe of a screen (or the click of a mouse) to hear all about the latest Kim Kardashian fashion faux pas, receive a memo from your boss or send a suggestive selfie to your significant other.

We live in the era of smartphones and computers, in a world where we cannot even begin to envisage life without cyberspace. The internet has revolutionized existence and given a whole new meaning to the ideas of convenience, progress and global connectivity. But add impunity, opportunity and an unscrupulous mind to this mix, and the result can be a very ugly picture indeed.

ICT has brought us a lot of amazing things—Facebook, Cityville and online shopping to name a few—but it has also opened doors for a host of new crimes which could never have been dreamed of a few decades ago. Image courtesy: flipadeal.co

Statistics for the year 2017 show that there are nearly 4.2 billion internet users across the globe. Our tiny island contributes towards 0.2% of them. As of the year 2017, 32% of our Sri Lankan population—that is more than six million individuals—are internet users, in contrast to the 12% which was recorded in the year 2010. While this increase in internet connectivity is indicative of socio-economic progress, the dramatic rise of the number of people on cyberspace has also paved way for a surge of one of the most widespread and severely debilitating global offenses of modern times—cyber-exploitation and violence.

Cyber-Exploitation And Violence; What Does It Mean?

Cyber-exploitation and violence can be anything from a nasty body shaming comment on Facebook to online sexual exploitation and harassment. Image courtesy: spirituality.org

Being a relatively conservative and middle-income country famed for its friendly faces, you wouldn’t suspect Sri Lanka of being a cesspool of cyber-bullies, sexual predators, and exploiters. But in spite of our pearly exterior and comparatively low percentage of internet users, CEV flourishes mostly unchecked, preying on countless vulnerable victims and leaving many scarred, frightened and devastated.

Sharanya Sekaram from the Grassrooted Trust portrays the horrifying reality of the issue when she described one of the many unscrupulous networks the organization had unearthed. This one was a Whatsapp group, and to be a part of the group each individual has to be able to submit five explicit pictures of nude females as an initiation challenge of sorts. “The question,” she says, “is what has made these boys come to consider a naked picture as some form of currency? How do they think they have ownership over these?”

The culture of victim shaming and blaming is one of the reasons why cyberbullying is committed with such impunity. Image courtesy: victimcaremerserside.org

Sekaram believes that the problem is one rooted in culture, patriarchal notions and societal attitudes rather than technology.  She tells us of another incident in which a girl had been asked by an ex-boyfriend to “get on video call” and “please” him, or risk having intimate pictures circulated. When the girl refused, the perpetrator had responded saying that she had better consent if she values her life, because once her pictures are released, her life would be ruined. “This shows that the perpetrators are often perfectly aware of the repercussions their victims will face if these explicit images or videos are ever released. They know how our society works and where the blame will invariably lie. They know what damage they can do.”

What Can You Do If You Are A Victim Of CEV?

According to Sekaram, if the victim of CEV is under 18, the case should be reported to the National Child Protection Authority (NCPA).

However, if the victim is over 18, the best course of action to take would be to report to the cyber crimes division of the CID or CERT.

CERT, however, she points out, does not have the jurisdiction to do much apart from taking down the images, and if the website is one which is not registered Sri Lanka, they will not even be able to carry that out.

“The sensible solution we would recommend is to report the incident to the Women and Childrens’ desk at the area police station, preferably with a lawyer,” explains Sekaram. She also recommends approaching institutions like The Grassrooted Trust or Women in Need (WIN), who are ever ready to provide legal help and guidance to victims.

CEV; Why Is It So Easy To Get Away With It?

While Sri Lanka does have a legislative framework which can be used to bring down cyber criminals, inefficiency, poor execution, and fear of judgement often deters victims from seeking legal help. Image courtesy: Spectacularvision.com

Amali’s* boyfriend started impersonating her and her friends in 2010, a year before they ended their relationship. He would use social media platforms like Gmail, Skype, and Tinder, as well as his own phone number and Whatsapp to communicate with her pretending to be other people, or communicate with her friends, family, and colleagues pretending to be her. “He has actually spent hours impersonating me each day, nearly every day,” says Amali. “He has used photographs of me and passed off nude pictures of other women as me, and he has been doing this consistently for eight years.”

What started way back in 2010 still continues to this day unchecked.

Amali first went to CERT in 2011, but when she told them of her plight, they were nonchalant about it, and just advised her to change her passwords. The attitudes she encountered at the cyber crimes division of the CID were pretty much the same; they pointed out that to pursue the case would be time-consuming, that the situation was not that grave, and advised her to change her passwords and simply make her contacts aware of the situation. A year later, they simply closed the case without having made any attempt to bring the perpetrator to justice.

Amali spent many years feeling helpless and depressed, with the situation persisting and no avenue to turn to for help. A lawyer advised her to file a civil case against her harasser, but just the thought of the time, money and lengthy legal procedures involved was enough to discount that as an option. Over time, a good support system of friends and family has helped her come to terms with her situation, but the fact remains that the impersonator still continues his harassment unchecked and has faced no consequences for his actions up to date.

However, Amali says things look slightly more promising now. In December 2017 when her harasser began impersonating her on Tinder again,  she approached CERT once more, and they are finally proving to be helpful and supportive. She was advised to file a case with the police and is currently in the process of doing so.

Sunil Abeyratne, a lawyer who specializes in cyber-crimes explained that a case like Amali’s would not be covered by the Computer Crime Act of Sri Lanka, and could therefore not legally be classified as a cybercrime. “If the perpetrator had hacked into her account and then done the damage, that would be a cybercrime. In this instance, this is impersonation, and there is currently no law in place to cover a case like this.”

When it comes to the existing laws and policies, it is clear that there are poor implementation and response mechanisms in place. Authorities are often disempowered and ineffective, and victims are frequently treated with insensitivity.

Other reasons why CEV is so prevalent include:

* Not her real name

Editor’s note: A previous version of this article did not cite Bakamoono.lk as the source of the definition of CEV.