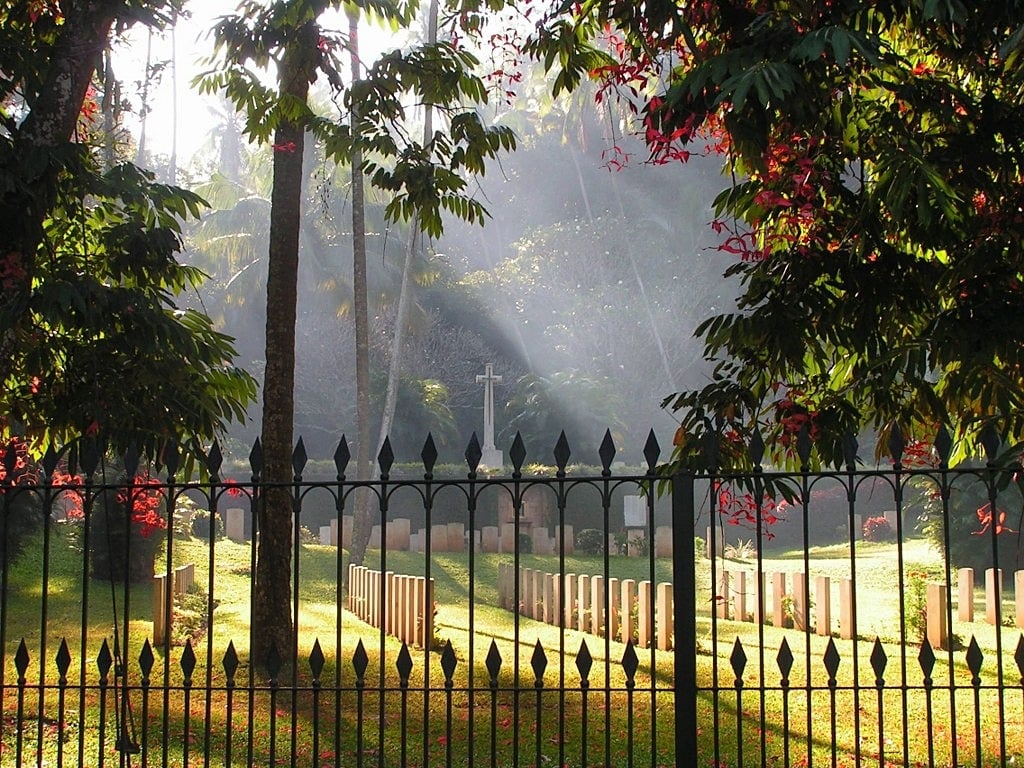 Death is a fact of life.

It transcends cultures and borders and is a universal human experience. However, rites and rituals concerning death vary; in a multi-ethnic, multi-cultural country such as ours, rituals and rites surrounding funerals reflect the hopes, values and dreams of the community.

At a granular level, more differences are visible, although, as sociology senior lecturer at the Open University, Dr Harini Amarasuriya told Roar, many are undocumented.

“There is a regional factor as well as other matters at play here,” she said, explaining, that for example, there were differences in rituals around death for Sinhalese in the southern parts of the country, and Sinhalese in the central highlands.

“We should move away from these larger categories and highlight the very high level of diversity within groups as well,” she reiterated, adding, “We tend to think of Tamil, Sinhala and Muslim categories as tightly bound, whole categories, forgetting that none of these communities are homogenous and vary considerably within themselves.”

Before modern funeral techniques were adopted and elaborate ceremonies became a thing, Sri Lankan’s practiced an age-old tradition called kale gahanawa, in which cadavers were discarded in the forest to be consumed by animals.

The practice, now fallen out of use, made sense at a time when embalming procedures were unheard of, and was confirmed in an interview with the country’s oldest living citizen, Periyamaduwe Ukkuamma (101) last year.

“My earliest memory of the practice was when my father was carried away from our home, wrapped in a white cloth and a padura (sleeping mat),” she recalled. “I was playing in our garden at the time and the sight of my father is vividly etched in my memory. Only later did I realise that he was carried into the forest,” she said.

Only five years old at the time of her father’s death, the centenarian said kale gahanawa was widely practiced in the 1920s. “There were no cemeteries or crematoriums in our village at that time,” she said. “When a person died, they were not embalmed and preserved. What they did was wrap the body in a white cloth first and then in a padura. The body was then taken to the forest.” But the practice fell into disuse in the 1950s, she said.

Speaking to Roar, senior professor of sociology at the University of Colombo, Premakumara de Silva noted, however, that the practice of kale gahanawa was more common among the lower classes. “The elites and the aristocrats of ancient societies practiced rituals that primarily focused around burials or cremations, depending on whatever the dominant religion was believed in,” he said.

Sri Lanka is a predominantly Buddhist country, and while there are no universally agreed on death or funeral rites prescribed in any of the Buddha’s teachings, adherents usually follow a mix of the philosophy and commonly practiced traditions of the country.

Most Buddhists in Sri Lanka are not buried, but cremated instead. Academics believe that this is the result of the Brahmin practice predominant during the Buddha’s time—the Buddha himself was cremated in Kushinagar, India sometime between 410-370 BCE.

In the Hindu tradition, however, only Hindu males are allowed to attend the cremation, where the body is laid on top of a wooden pyre that is lit by the most senior member of the family. The women, meanwhile, remain at home, chanting mantras and singing hymns in reminiscence of life after death.

The concept of impermanence features strongly in Buddhism  and adherents embrace the concept of death from an early age. As a result, it is expected that dhana (charity), or the virtues of metta (kindness) and karuna (compassion) are practiced throughout this life cycle to aid the person in achieving nibbana (or nirvana, the ultimate spiritual goal of release from rebirth).

As an extension of this, it has become customary for families to organise a ‘mala batha’, a simple, vegetarian meal of rice and curries, at the home of the deceased after he or she has been cremated, for those attending the wake. “This mala batha is cooked for the wake as well as the spirit who they believe has not left the household yet,” Professor de Silva said.

Buddhists in Sri Lanka also practice mathaka wasthra, during which monks chant prayers and eulogise the impermanence of life at the house of the deceased, the professor pointed out. This is in addition to the mataka-vastra-puja (custom of offering to monks a cloth on behalf of the dead), mathaka-bana (offering prayers for the dead) and dhanas, a form of almsgiving to accumulate merit on behalf of the deceased to help him in his journey through samsara (cycle of birth and death).

“It’s how grief is managed,” the professor said.

Singing For The Dead

Many Sri Lankan Christians practice lathoni during a funeral. Literally, ‘laments’, lathoni refers to the practice of reading stories from the Bible or singing hymns during a funeral. Typically conducted by a priest or community leader, the lathoni is practiced with the intention of reminding those at the funeral of the eventual resurrection of the dead with the second coming of Jesus Christ or for calling blessings on the deceased and on the family left behind.

Professor de Silva noted that a similar practice was seen among the Buddhists during the colonial times.

“Instead of singing songs, they would read the Wessanthara Jathakaya (which tells the story of a compassionate prince who gives away everything he owns, including his children, to display the virtue of perfect generosity) as a lesson to the funeral attendees to practice the virtues of Buddhism and the impermanence of life,” he said.

While Islam has retained much of the rituals and traditions passed on through the teachings of the Prophet and contained in the Quran, the Muslim community in the country Sri Lanka has not been immune to some of the native practices around death and burial.

A person on his deathbed is expected to invoke God through the recitation of Talqeen (a phrase uttered in good faith) while those around him read the Quran out aloud. After death, the body must be washed three times, shrouded (if it’s a man, the body is shrouded in three pieces of white cloth, five if it’s a woman, to safeguard modesty) and buried within a day.

The bodies are not placed in a coffin, and are placed on the right side facing the Qibla (the direction of the Kaaba in Mecca). These are practices that have passed down from generation to generation, and have not changed since they were taught.

But Sheikh Muiz Bukhary, CEO of the Sakeenah Institute in Colombo, speaking to Roar pointed out instances of local customs seeping into the Muslim community.

“The religion teaches us that the people of the neighbourhood or the community—in the case of a death and a funeral—are supposed to provide food to the family of the deceased. But now it is happening the other way around,” he said.

However now, instead of the neighbourhood coming together to commiserate with the bereaved family and assist in funeral preparations, the family of the deceased is expected to provide meals and refreshments to those at the wake.

This concept of  ‘mala gama’, in which the neighbourhood takes part in a funeral is commonly practiced in the country.

“The religion teaches us otherwise,” Sheikh Bukhary said. “It teaches us to go in and help during the grieving three days. It’s done as an act of charity and in remembrance of the deceased.”