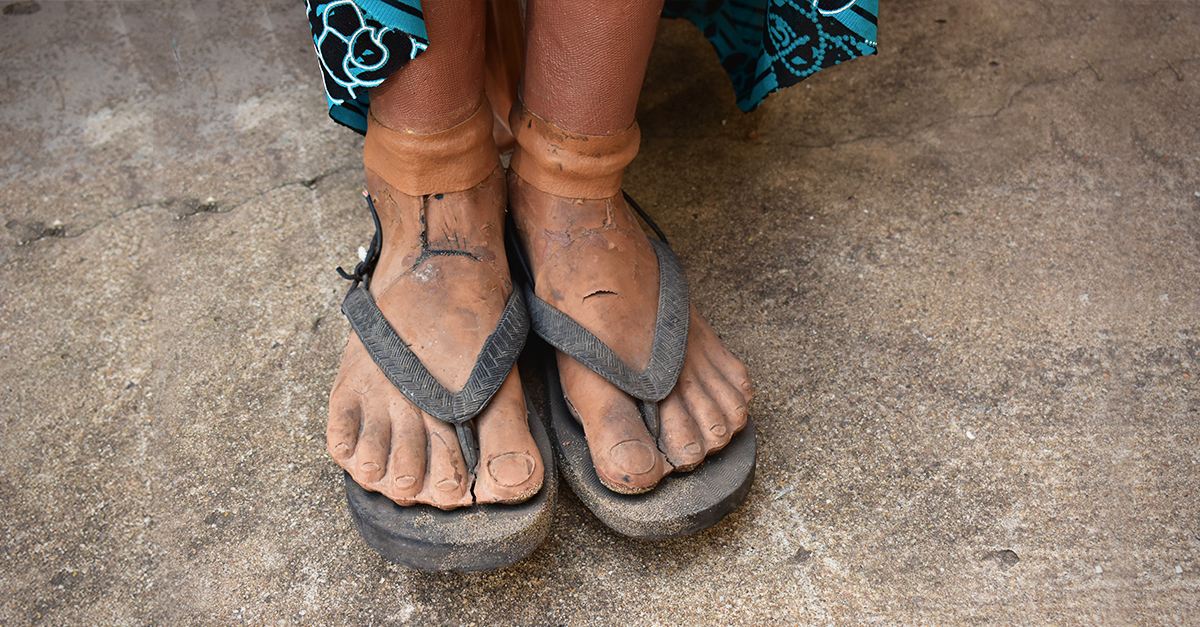 Dayaseeli (53) was only 21 when she was diagnosed with leprosy—the debilitating infectious disease that causes severely disfiguring sores on the body. Because of the severity of the disease patients are shunned from society, despite modern science having discovered means of curing the disease.

Dayaseeli remembers to date how her married sister was reluctant to visit her for fear of contracting the disease. And although Dayaseeli was of age, she would never be married herself, as a result of the disease.

World Leprosy Day is today, the last Sunday of January, chosen by French humanitarian Raoul Follereau to raise global awareness of the disease and the fact that it can be prevented, treated and cured.

The second oldest disease known to humankind, a cure for the infection evaded medical practitioners until the 1940s when multidrug therapy was formulated to combat it.

Spreads via droplets from the nose and mouth during close and frequent contact with untreated cases, leprosy is now completely curable if treated early If however, the infection spreads extensively, the subsequent nerve and tissue damage will have to be treated over a lifetime.

Two years ago, in 2017, the Anti Leprosy Campaign (ALC) commemorated World Leprosy Day by introducing a plan to eradicate leprosy by this year—2020.

Speaking to ALC Director Dr Champa Aluthweera on the the status of the programme, Roar Media found out however, that the infection—rather than being contained, is spreading.

“In 2018, ALC recorded 1, 703 patients who tested positive for  the disease, Dr. Aluthweera said. “Since then, the number of new cases remained static at almost 2, 000 cases. Almost 11 percent of the new cases were reported from those who were less than 15 years of age [the global criteria for child leprosy cases is 10 percent]. This is a major challenge.”

To Dr Aluthweera, the high number of child cases can mean that the infection is spreading. And 2,000 new cases against a population of a little of 21 million is an alarming factor as well, she felt.

But because symptoms of the disease take long to manifest—sometimes over 20 years, health officials find it hard to declare the disease an epidemic.

And so, despite having eliminated leprosy as a public health problem in 2001, the ALC has failed to reach its goal of eradicating the disease by 2020.

Dr Aluthweera noted, “The World Health Organisation (WHO) has declared Sri Lanka to be a high risk country, due to the increasing number of cases. The high number of new cases, the percentage of child cases and the rise of multibacillary cases has resulted in this decision from the WHO. We suspect that there is a hidden epidemic in the country.”

During the time of the Dutch in Ceylon, as this island was known then, leprosy patients were banished to leper colonies, the first of which was established in Hendala in 1708 and is active to this day, housing 29 long term patients long abandoned by their families.

The second leprosy colony, was a hospital established on the Mantheevu island, in Batticaloa in 1921, where three patients live out their lives in complete isolation.  We wrote about this, in depth, here.

A treatment for leprosy was not introduced to the country until 1983—and even that, by the ALC. The ALC has continued to drive the treatment programme, which now covers the entire island. All regional health bodies are equipped to identify and treat the disease, Dr Aluthweera said.

But a stigma still follows the disease.

“Maybe the hardest thing that I had to go through because of this disease was when I was told to leave the family I was serving for 20  years,” Dayawathi (66) told Roar Media.

She was diagnosed with the disease when she was 41, and was already married at the time, with two children and a husband earning a daily wage. The diagnosis was an additional blow to the family already struggling with making ends meet.

“It’s hard to live with a disease,” Dayawathi said.  “When I was told that I can’t work anymore after they amputated my leg, after working 20 years with them, I was terribly sad.”

“When I was diagnosed, I didn’t want my family to know. But I ended up telling them everything,” she recalled. “I remember the doctor talking to my husband and the rest of the family about how just because I had this disease, does not mean I should be thrown out onto the road. They have taken care of me. I don’t know how I would have survived without my family.”

“But now I feel as if my other leg is also going through the same thing. The doctors said that I will have to come soon and they will decide what to do. I’m afraid of what they might say,” she said.

Against the odds, with the support of organisations like the ALC, and Society for Upliftment and Rehabilitation of Leprosy Affected Persons (SUROL), those struck with the disease continue to fight to live. The  battle of over three centuries is, clearly, far from over.