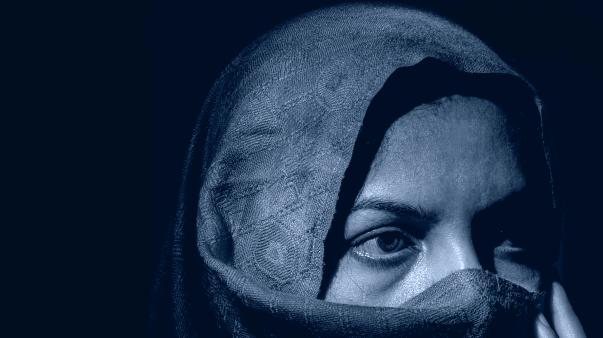 At a recent meeting with the diplomatic community, Prime Minister Ranil Wickremesinghe made the long overdue pledge to raise the minimum age of marriage for Muslim women from 12 to 18.

His promise was made in response  to questions about the government’s long and short-term plans for deradicalising communities in Sri Lanka, at a time when distrust of the Muslim community is high.

As a result, his timing and intentions have been criticised — especially when decades-long attempts to reform the law have previously failed.

Contention Within the Community

Over the past 30 years, three government-appointed committees have been set up to amend the Muslim Marriage and Divorce Act (MMDA), the archaic set of personal laws that govern marriages and divorces in the Muslim community in Sri Lanka. However, none of these committees were able to reach a consensus on what laws should be amended, thus stalling progress on reforms.

“The issues with all these committees, since 1956, has been that nobody could reach an agreement on the correct interpretation of the Quran,” Justice Saleem Marsoof, a Supreme Court judge told Roar Media.

Marsoof said both liberal and conservative members of the committee had cited parts of the Quran to justify their views on whether reforms were necessary, or not, and what the reforms—if there were any—should be.

Marsoof was appointed Chairman of the most recent committee, which was set up in 2009. But this committee too, like those before it, struggled to reach a consensus on what laws should be reformed due to clashes between the more conservative members of the group and the more liberal ones.

As a result, the final report of the committee was only released nine years later, in 2018.

One of the matters on which there was disagreement was child marriage.

“Although both sides agreed that the minimum age of marriage must be fixed, they could not come to an agreement as to what age should be prescribed in the Act as the age of marriage,” Marsoof said.

Under the current MMDA, a girl of the age 12 or above can be married off by her family, and a girl under 12 can be married off with the approval of a Quazi court, which is made up of Muslim judicial ofﬁcers having matrimonial jurisdiction over Muslims in Sri Lanka. In addition, Section 363 (e) of the Penal Code states that sexual intercourse with a girl under the age of 16, even with her consent, constitutes rape. However, this doesn’t apply to Muslim girls.

The reforms that the committee headed by Justice Marsoof were able to agree on, changed the minimum age for marriage for a Muslim woman to 18. But exceptions were made for teens between the ages of 16 and 18, if the approval of the Quazi court were obtained.

This compromise was made in an effort to provide a cohesive report, but drew strong criticism from activists when released, for not taking into account the lived realities of many young girls forced into early marriage.

“Unfortunately, this does not solve the problem of child marriage within the Muslim community, because data shows that out of the underage marriages, the group most affected are 16 and 17-year-olds,” said Hyshyama Hamin, a member of the Muslim Personal Law Reforms Action Group. “If you [make] an exception, it won’t solve the issue.”

Justice Marsoof’s report—which was already watered down to appease some of its more conservative committee members—was met with further opposition. The  All Ceylon Jamiyyathul Ulama (ACJU)— a body of Muslim theologians who offer leadership to much of the Muslim community—along with many committee members, decided to submit recommendations of their own, countering some of the more liberal reforms proposed in the Marsoof report.

As a result of this impasse, progress has been further stalled, until the two parties come to a consensus.

“We made so many compromises hoping for a unanimous report. [Up until]  December 2017, we were [pushing] for unanimity. If I had known that the final report would be split, I would not have made those compromises,” Marsoof told Roar Media.

Too Little, Too Late

While amending the minimum age of marriage is a necessary step towards reforming the MMDA, concerns have been raised over the timing in which the announcement was made.

“We are really concerned of any movement towards reform of the MMDA as a response to the Easter Sunday attacks,” said Hamin. She explained that it would be acceptable if the reforms were a part of a larger desire for equality and justice for all communities of Sri Lanka,  “[But] it can’t be worded as a punishment or an Islamophobic response to the Muslim community,” she said.

For this, the government must indicate its willingness to investigate the gamut of issues Muslim women and girl children face as a result of the MMDA, and not simply amend one law, ignoring the many other points of concern that have been flagged by past reform committees and grassroots rights activists. Activists say the current legislation surrounding divorce, as well as the Quazi court system, are both in need of urgent, overdue, reform.

For instance, under the MMDA, only husbands are granted the right to conduct a unilateral divorce — and this, without justification. For a woman, the process is lengthy, requiring justification and evidence, having to produce witnesses and having to have their cases heard in a court. In certain Shia sects, such as the Bohras, it is also impossible for a woman to be granted a divorce without written consent from her husband.

According to Hamin, these regulations are one of the main barriers and challenges to justice and equality in Muslim marriages.“If a woman wants a divorce because of adultery, she will have to provide proof as well as witness testimonies to the Quazi courts,” she explained. The process is so tedious and time-consuming, that it deters many women from actually seeking out a divorce. “More often than not, they end up staying in abusive marriages as a result.”

There is also a high level of corruption and ineptitude within the Quazi system. Given the authority they possess, this could have adverse effects on the community and individuals.

Marsoof pointed out that this was largely due to the fact that the Quazis were not dedicated full-time to their work. Many were primarily businessmen, or engaged in other professions such as law, education, or religion, or were retired public servants, and were not, as a result, dependent on their work at the Quazi court.

“Our proposed solution to this [is] that the Quazi, in the future, should be appointed as a full-time judicial officer, who will be subjected to the same discipline as a Magistrate or a High Court judge, and would not like to jeopardise his career by being corrupt,” he said.

Another gross discrimination is that women are prohibited from becoming judges of the Quazi courts. According to Marsoof, this is primarily because of the archaic assumption that women are unreliable due to hormonal changes that occur as a result of menstruation.

“However, that is not the view that is taken in many other [countries],” Marsoof told Roar Media.  “In Malaysia, women are members of the Sharia court, which has much more influence than us.”

Hamin said it is imperative that the government consult the necessary organisations, and draw from Justice Marsoof’s report in order to address all topics of concern involving the MMDA. She believes that changing only the laws relating to marriage without addressing the other injustices to women and girl-children contained within the MMDA is a tokenistic response to the dire issues they face daily.

“What is needed is political will,” she said. “The government has to take on board the concerns of Muslim women, and push forward MMDA reforms which comply with Article 12 of the Constitution: that everyone should be treated equally under the law.”

Editor’s note: An earlier version of this article stated that Muslim girls above the age of 12 require the consent of the Qazi court to be married off. In fact, such consent is only required for girls under the age of 12. The article has been amended to reflect this fact.