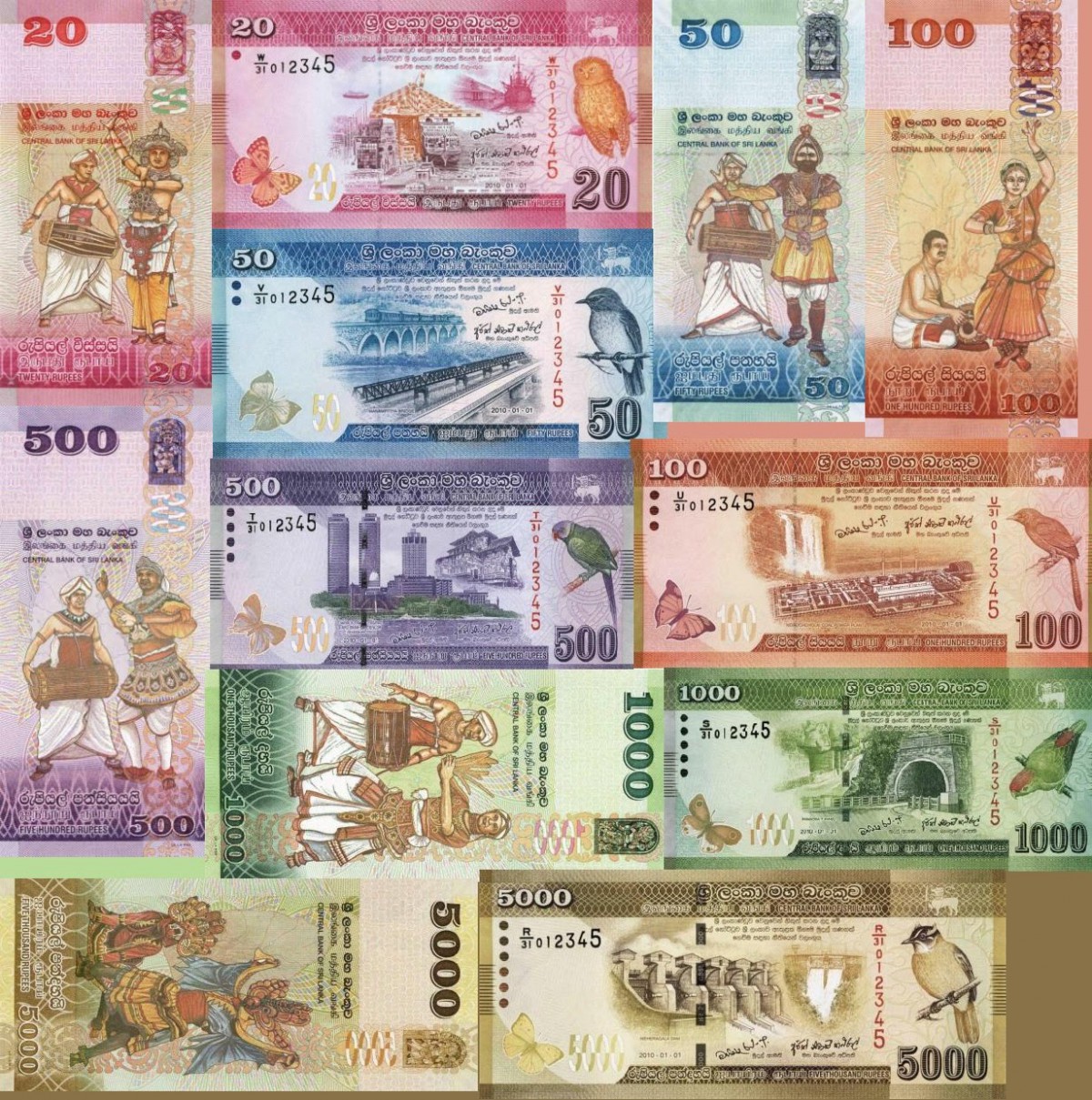 Money dominates the lives of most.

It is earned, exchanged, enjoyed, and wasted. It is stolen, given, hidden, and forbidden.

But seldom are the crumpled handful of colourful notes put under the microscope, and the intriguing iconography explored. What is the significance of the birdlife that adorns the Sri Lankan rupee notes? What stories about the island do these icons reveal?

The current notes in circulation were first issued on 4th February 2011 by the Central Bank of Sri Lanka (CBSL). Named the “Development, Prosperity and Sri Lankan Dancers” series, it features icons celebrating the same.

The designer, Kelum Gunasekara, speaking to Roar Media said that “the theme was decided by the CBSL and we then discussed the concept, images, colours and everything else in detail. I conceived the nature part—the birds and butterflies—because although one vision [of the theme] is to develop the country, we must also protect our environment and nature”.

As a result, the recurring images and icons of the notes are as follows:

On the landscape orientation of the front of the note, a recent industrial development project is flanked by an older project, underscoring the “Development and Prosperity” heart of the series. A butterfly appears on the bottom left corner and an endemic bird of Sri Lanka fills the right-hand side. A traditional Sri Lankan drummer and dancer decorate the majority of the note’s portrait underside. A guard stone flanked by a vertical band is positioned on the top right corner. 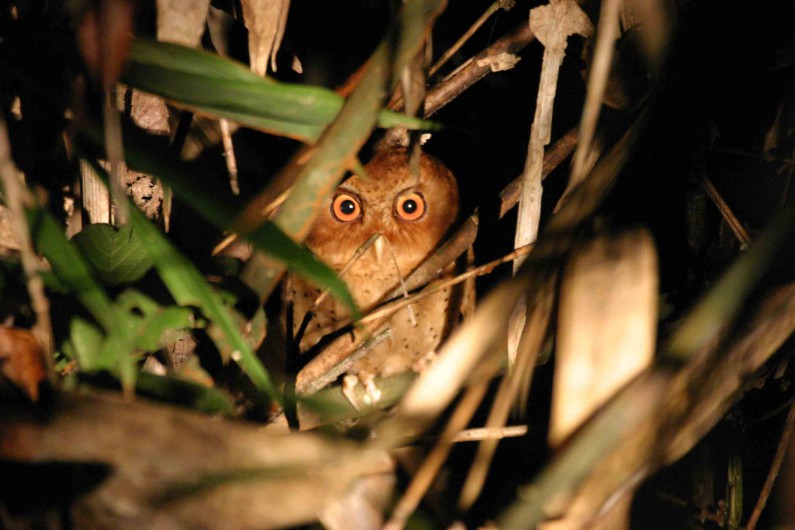 Discovered by Sri Lankan ornithologist Deepal Warakagoda, the owl was initially identified only by its unusual poo-ooo call in the Kitulgala rainforest. It was not until January 2001 in Sinharaja—six years after this sound-only classification—that the owl was eventually seen.

Since the 1990s, a debate amongst ornithologists contested that the taxonomy of birds that were previously named with a Ceylon prefix—that is, only birds endemic to Sri Lanka—should have their name updated to the reflect the modern national identity. So, the Ceylon Jungle Fowl became the Sri Lankan Jungle Fowl and the Ceylon Grey Hornbill became the Sri Lankan Grey Hornbill and so on. It is curious, therefore, that the most recently discovered bird, Serendib Scops Owl acquired “Serendib”—the historical Arabic name for Sri Lanka—as its prefix. The Rathna Prasadaya of the Abhayagiri Vihara in Anuradhapura “is considered the most exquisite guard stone”, and adorns both Rs. 1,000 and Rs. 5,000 notes. The stone carving—built by King Kanittha Tissa who ruled Ceylon in the second century AD—formed part of a much larger “skyscraper” in the ancient city, truly reflecting the architectural prowess of the island. Furthermore, the stone effigy of Nagaraja—a Hindu deity—speaks of a bygone age when “Anuradhapura hosted both Hindu and Buddhist holy people and congregations”.

He continued, “First, the design and development of this impressive construction was [carried out] completely by Sri Lankan engineers and for that we should be proud of them and proud of our country. Second, when I went to visit the dam for the series, it was still under construction. I took photos but I had to do the drawing from my imagination. It just turns out that the finished dam and my drawings are nearly identical. So, I’m happy with that!”

Elsewhere, however, some of the other Development and Prosperity choices are a little more controversial. For example, the Rs. 100 notes feature the magnificent Laxapana Waterfall; the 8th highest on the island and legendary location of where Buddha mended his saffron robe on route to Sri Pada (or Adam’s Peak). Evoking a very different emotional response is the Norochcholai coal power plant, which, on the Rs. 100 note, is placed rather counterintuitively next to the Laxapana Waterfall.

The construction of the largest power station in Sri Lanka—laterly rebranded as the Lakvijaya Power Station—located in Norochcholai, Puttalam, began in 2006 and it was officially operational in 2011. In 2010, the facility suffered a huge fire, and since opening operations have broken down on three occasions. Furthermore, there are concerns about the plant’s detrimental impact on the environment. The yak beraya drum on show on the back of Rs. 500 note is made from the wood of the kithul tree. The instrument is a long cylindrical drum and is played with both hands, normally at Low Country dances such as thelme netuma.

Low Country dancers also feature on the Rs. 5,000 note. Nagaraksha, the mythical king cobra, and Guruluraksha, the king of birds, dance all night as part of a traditional Kolam or for rituals performed to mitigate issues that arise with pregnancy.

The only female actor in the “Development, Prosperity and Sri Lankan Dancers” note series is the Bharatanatyam dancer on the Rs. 100 note. Bharatanatyam—“a solo dance…performed exclusively by women”—originates from Tamil Nadu, India, but is a thriving dance display in parts of Sri Lanka. This image on the Rs. 100 note has great gravitas, therefore. Not only does it give women a vital—although underrepresented—presence on the notes, but it connects elements of Sri Lankan culture to India and promotes a Tamil cultural artefact.

Sri Lanka is home to 245 species of butterfly, 23 of which are endemic to the island. The White Four Wing butterfly of the Rs. 1,000 note is ubiquitous throughout Sri Lanka, while others, such as The Ceylon Indigo Royal—as seen on the Rs. 500 bill—are extremely rare and categorized as critically endangered by the IUCN.

Arguably the most stunning of Sri Lanka’s butterflies appear on the Rs. 50 note. The Blue Oakleaf is much admired for its disparate wing colours. The topside is a vibrant blue with triangular black markings. In contrast, the Blue Oakleaf’s underside is dull brown and green and perfectly resembles a dried-up leaf, giving it ingenious camouflage in the forest. 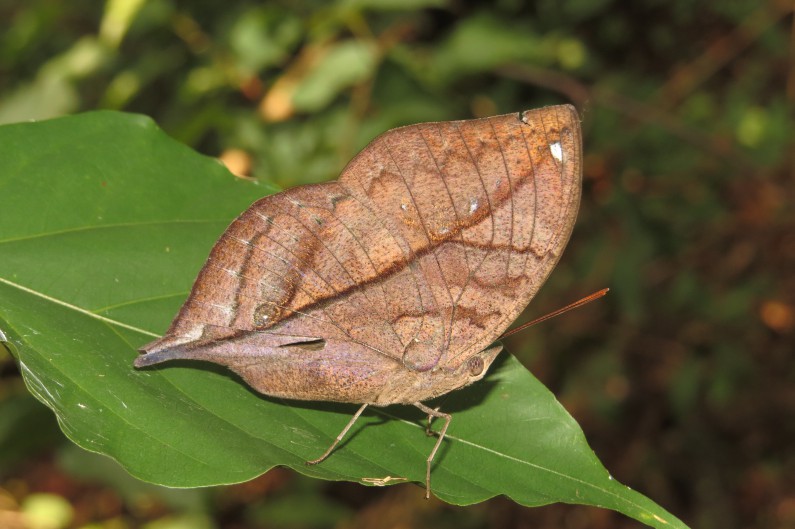 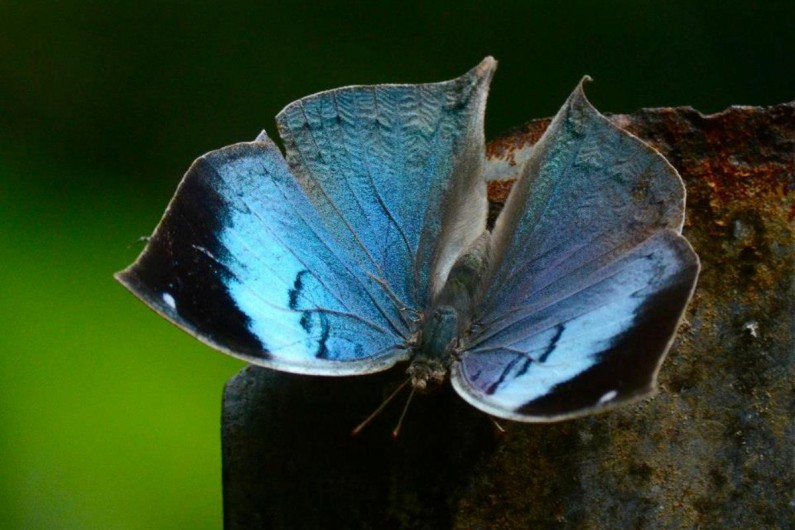 The Value Is Everything

The cash that passes through hands is never overlooked. Whether it a distinctive flash of colour or a precise count through the notes, everyone knows the monetary value of what they are holding: the value is everything. Yet, a closer inspection of Sri Lanka’s vibrant legal tender reflects a country that is blessed with biodiversity, proud of its cultural history, but also trying to balance these riches alongside the modern ones of progress and development. Is it a futile mix? Next time you’re out spending, do take note.