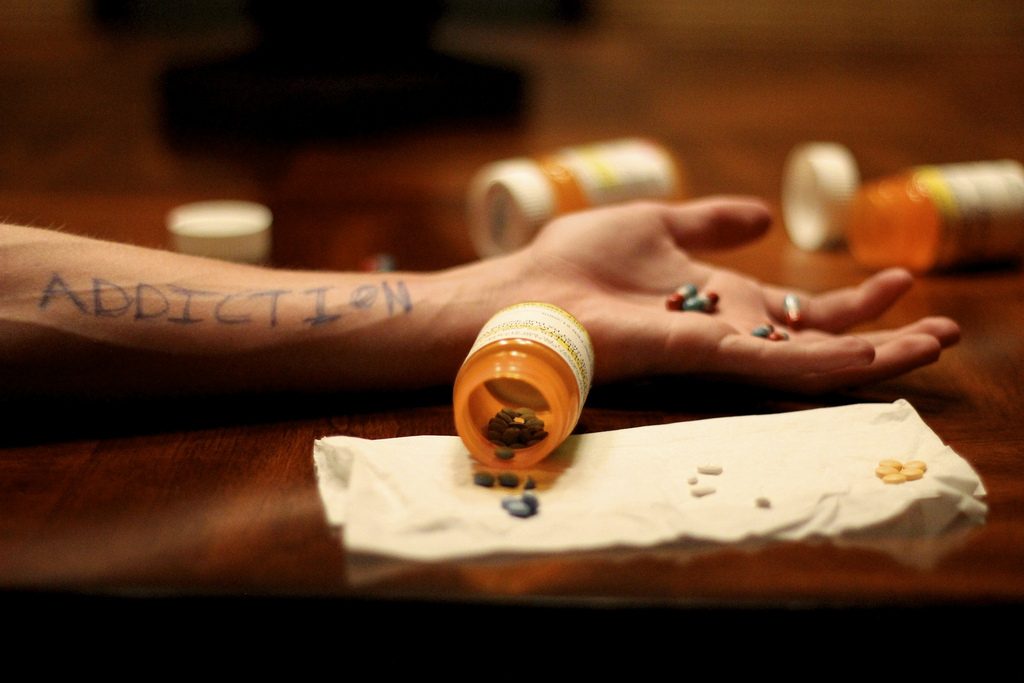 Supun’s* (name changed) tryst with drugs began with a brownie. “We were having an event at school, and a senior was selling pot brownies [laced with cannabis],” recalls the 20-year- old, who attended a leading international school in Colombo. “My friend convinced me to try it. That was the first time I used drugs — I think I was in grade eight.” According to Supun, he hated the experience at the beginning.  Getting ‘high’ would leave him feeling light-headed and sluggish — but his friends convinced him to keep trying it until it began to feel good. “Apple [the street name for the opioid painkiller Tramadol] was also pretty common in school, though weed was the most frequently used. I thought it felt good — you just get really energetic and happy for a few hours, you know? But when the effects wore off, it left me really depressed and tired. I couldn’t study at all. In hindsight, I suppose it did affect my A-Level results.”

Zareena*, 23, started using drugs when she was 16 years old. “I would go to friends’ houses, and they’d have weed and alcohol and all kinds of stuff,” she explains. “And then when I was 17 or 18, I started going to raves, and that was when all the party drugs—Molly (MDMA / Ecstasy) and all that—came out in abundance.” When she used the drugs in controlled ways, she tells us that it would have a positive effect, helping her with her anxiety and boosting her creativity. However there was a stretch of about two years in school when she was using drugs almost every day, which took a toll on her studies, health and family life. “When I was using a lot of  Ecstasy, it killed my appetite. I was barely eating, I didn’t have the energy to work, and my grades dropped. I couldn’t sit in front of a book for more than five minutes.”

According to the officials Roar Media spoke to, stories of substance abuse at school level have become increasingly common. Dr. Ruzaika Jaufer, from the National Institute of Mental Health (NIMH) tells us that she often has parents bringing in school children as young as 14 and 15 for rehabilitation. “We can’t really estimate the scale of the problem because for every child who comes in with an addiction problem, a similar number of kids never come into contact with health services,” she says. “But the issue is prevalent. It has always been happening, but it has gotten much worse now — so much so that it has become a norm. Even school principals and teachers are turning a blind eye to it because they often lack the resources and time to deal with the situation.”

Why Do Children Turn To Drugs?

“I did it because it was cool,” Zareena says , explaining why she began using drugs. “All the other kids were doing it, and that was good enough a reason for me.” She never felt like there was any taboo on cannabis because her father would often smoke it, and other drugs like  Ecstasy were freely available through school friends. Shiran* 17, began to use Tramadol because he was curious to try it out, while Supun experimented with weed because his friends coaxed him to.

Many of the individuals we spoke to said that using narcotics helped them  overcome their inhibitions, created a euphoric high , or made them feel like they could perform better. Others admitted that they were pressured by their peers, or did it to fit in with the ‘cool crowd’.

Jomo Uduman, honorary director of the Mel Medura Rehabilitation Centre, the rehabilitation arm of Sumithrayo, says that external factors like peer pressure, social media and a fear of isolation, along with internal factors such as low self-esteem, poor coping skills, and broken or dysfunctional homes contribute towards drug use. . “Drug use is illegal and there is a certain excitement, novelty and glamour about crossing boundaries,” he tells us. “Many children also tend to imitate parental behavior. There are so many biopsychosocial factors that actively contribute towards drug misuse and abuse.”

Of Apple, Molly and Crystal Meth: What Drugs Are Commonly Used At School Level?

Uduman tells us that the type of drugs used by school students is linked to the economic status of the child. For instance,  smokeless tobacco products like Bawa, Mawa and Hans have become an increasing trend in the past few years among lower income groups, while  cocaine, Ecstasy and crystal meth are expensive, and therefore affordable only to the rich. ‘Apple’, as  Tramadol is commonly known, is another substance that is fast emerging as a dangerous prescription drug. According to Uduman, other substances commonly abused at school level include cannabis, which is often mixed with various psychoactive additives, as well as heroin, which is the most addictive of all drugs.

The Question Of Easy Accessibility

Aleena*, 17 is an Advanced Level student in a popular school in Colombo. She tells us that nearly all her classmates have been abusing substances since around seventh grade. “Most of the guys actually come to school visibly high, but the teachers don’t notice,” she says. “It’s not difficult to get the drugs. My friends often skip tuition classes and use that money to get their fix. Others simply ask their parents for money under false pretences. There is one guy who actually grows his own pot [cannabis] on his roof terrace without his parents’ knowledge.”

Supun often got his cannabis from a friend at school. His friend, he tells us, acquired them from his neighbour, or sometimes a tuk tuk driver in the area. He got Tramadol from another friend who refused to reveal his sources, while  Ecstasy was easily found during parties and dances. “Getting the drugs was simple, but it was not so easy for me to get the money,” he admits. “I often went without clothes and other things I would have liked to get.”

In spite of being illegal, school children in Sri Lanka appear to have easy access to psychotropic substances and narcotics. “The networks for distribution of all drugs is very active,” Uduman tells us. “Social media contributes in a big way towards sourcing. Invitations for events where these drugs are sold are put up at specific social media sites.” He also points out that users frequently choose to be dealers in order to fund their own use.

Pradeep Kumara Koholanegedara from the National Dangerous Drugs Control Board tells us that many pharmacies sell prescription drugs illegally to school children over the counter. “Take Tramadol, for instance,” he explains. “A 50 mg tablet is the dose normally prescribed by doctors. Now India has a large illegal market for Tramadol, where they sell it at high doses of 220 mg. Local smugglers and traffickers get these and then sell these to school children. What starts out with one tablet can then develop into full-blown addiction.” While a tablet normally costs about Rs 20, he points out that an illicitly sold tablet can cost Rs 300-400. Children can also easily forge prescriptions in order to get hold of the drugs, and in many cases, the transactions are carried out via online transfer services, which are difficult to trace.

Shiranthi* realized that her son was abusing drugs when he was 18. “He was always asking us for money for this and that in school,” she tells us. “His marks were also getting worse, and he would come home late behaving very oddly. I got very suspicious. Then one day, I complained to his teacher about all the money the school was asking, and found out that he had been lying to us. He was using the money to purchase Tramadol and KG (Kerala ganja).”

Shiranthi and her husband managed to intervene in time and pull their son back from the brink of addiction. However, drug abuse often goes undetected because people are unfamiliar with its signs and symptoms. “To address the issue, we must first make sure that parents and teachers are adequately informed about the drugs currently being used by these children,” Uduman explains, describing how they should learn to identify the behavioural, physical and psychological signs of drug abuse. “They must create an environment where children feel comfortable to approach them, express their feelings, and freely ask questions.” Early intervention is crucial, because once addiction is established, recovery is a long and painful road, as America’s ongoing struggle with its nationwide opioid epidemic has demonstrated.

According to the NDDB, young people who use psychotropic drugs have an extremely high chance of progressing to hard drugs like heroin. Speaking about Tramadol, for instance, Uduman explains how continued use can lead to a tolerance for the drug, which could  eventually cause overdoses. “Users can become physiologically dependent and withdrawal symptoms can occur if they were to stop taking the drug,” he tells us. “Psychological dependence can manifest when users feel they cannot function normally without the drug.”

Once addicted, rehabilitation can be very difficult, compounded by Sri Lanka’s lack of rehabilitation facilities. Government rehabilitation centres have the capacity to hold only about 3,000 people at a time, while Sri Lanka is estimated to have nearly 60,000 heroin users.  Societal perceptions pose another stumbling block. “People often go without rehabilitation even though they need it, because they are ashamed,” Pradeep says, explaining how parents and family often prefer to keep their children’s addiction hidden.

Other issues with rehabilitation include:

The chances of a relapse are very high in Sri Lanka, because many rehabilitated individuals do not have the necessary social and family support to continue to be sober.