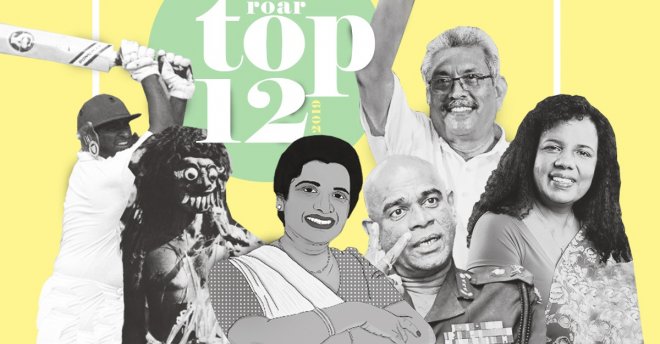 We’ve got through an eventful year that featured tragedy on an epic scale and a shift of political power. But while those were the stories dominated local and international headlines, in characteristic Roar style, the editorial team was able able to explore and tell the many stories left untouched. Listed below, in no particular order of favour, are a few of our best pieces, based on what our readers enjoyed, and what the Roar team were challenged, learned or had fun working on.

At a time when racial segregation was high in South Africa, leading to the global sanctions and boycotts, a team of Sri Lankan cricketers secretly agreed to play with the South African team—for a price. But the Sri Lankan team lived to regret their scandalous 1982 ‘rebel tour’. Not only did they lose comprehensively, but were also handed a 25-year ban on all forms of cricket. And the money they made during the tour was barely enough to tide them over. If it were not for pardon by President Premadasa, many would have fallen into obscurity...

Demonism And Witchcraft In Sri Lanka, As Seen In 1865

Based on an 1865 Dandris de Silva Gooneratne book, ‘On Demonology and Witchcraft in Ceylon’, this article explores Sri Lanka’s centuries-old enchantment with the supernatural.  Dividing the country’s supernatural beliefs in four ways — demonism, capuism, grahaism and miscellaneous superstitions, Gooneratne comments on how the supernatural has been methodically arranged into systems and preserved in writing so as to exercise influence over the everyday lives of Sri Lankans.

The Sorrows Of Sri Lanka: "Baby Farms" And One Woman's Desire To Connect Mothers With Their Lost Children

This article tells the compelling story of 34-year-old Sanne van Rossen’s journey to find her birth mother in Sri Lanka. Adopted by a Dutch couple and raised in the Netherland’s, van Rossen’s pursuit of the woman who gave her up uncovered a scandalous part of Sri Lanka’s history, in which infants were ‘sold’ to couples outside the country for money many of the unwed, vulnerable mothers, riddled with poverty never knew of, or received.

Speaking Up: The Village School That Communicates In Perfect English

In a small village school in Kosgolla in the Kurunegala district, the legacy of retired English teacher Wilbert Ranasinghe continues. His uniquely-designed English programme that uses conversations to build vocabulary and improve eloquence has had positive results, with the Ketawala Kanishta Vidyalaya posting a seventy percent English O/Level pass rate the last year. Although a rural, primary school, the hum of fluent conversation in English conversation here, is not uncommon.

When the deadly explosions that targetted churches and luxury hotels on Easter Sunday went off in Sri Lankan, many were left grappling with questions: What was happening? Where? Who was involved? Are we safe? To answer these, and more, the Roar editorial team maintained an evolving timeline of events to keep those concerned—both here and abroad—appraised of the situation on the ground.

Terrorism 3.0: Understanding The New Face Of Terrorism In Sri Lanka

The Easter Sunday terror attacks struck new fear in the hearts of Sri Lankans, many of whom had only just begun to enjoy the peace brought about by the end of the civil war. But the terrorism of today is very different from the terrorism of ten years ago—Terrorism 3.0 acknowledges the globally dispersed, highly lethal, financially capable and deeply innovative organisation of resources as the new face of terrorism, and posits the means to tackle it through global cooperation.

More Than Just A Number: Why One Artist Decided To Draw The Victims Of The Easter Sunday Attacks

Graphic designer and illustrator Tahira Rifath decided to pay tribute to the victims of the Easter Sunday terror attacks by drawing a portrait of each of them. “I felt the need to centre [on] them in some way,” she told Roar Media. “I saw all these articles being shared about who the bombers were, but I barely found the articles about the victims being shared. They just became reduced to a number.”

'Magic In My Brain': An Appreciation Of The Life And Work Of Jean Arasanayagam

This article pays tribute to poetry and fiction writer Jean Arasanayagam who passed away in August. A Sri Lankan Burgher, accustomed to the freedoms of that community, married to a Sri Lankan Tamil, brought up by a mother very ‘rigid in her views, Arsanayagam drew on the tension of her experiences of identity and culture for perspective from which to comment on society through poetry and prose.

Out Of This World: Sri Lanka's Significant Discovery Of Exoplanets

Twenty-seven-year-old astronomer Mahesh Herath made history when he led a team of scientists to the discovery of two ‘exoplanets’, or planets that exist outside of our solar system. This is the first time a group of Sri Lankans have reached these heights in astronomy. Their discovery was published in the prestigious Monthly Notices of the Royal Astronomical Society (MNRAS), and subsequently added to NASA’s exoplanet archive and the Exoplanet Encyclopedia.

City Slickers: How The Peacocks Of The Dry Zone Came To Colombo

A strange phenomenon was observed last year when peafowl was spotted in the city of Colombo.  A conversation with environmentalist alerted us to the increase of peacock populations over the past five years, partially as a result of the loss of a natural predator—the jackal, and partially as a result of creatures’ gradual adaptation to urban development—particularly the Southern expressway that extends into their natural habitat in the dry zone.

Know Your Candidate: Who Is Running For President In 2019?

Sri Lanka voted in a new President in 2019, but before former Defence Secretary Gotabhaya Rajapaksa swept the polls, a whopping 35 candidates vied for the top position leaving many in Sri Lanka confused—who were these 35 candidates, how qualified were they, and what did they envision for the country? It was to answer these questions that we produced this engaging piece on the candidates running for the 2019 election.

The Lonely And The Forgotten: The Patients Of The Mantheevu Leprosy Colony

Perhaps one of the most impactful stories we produced this year, this article touches on the lives of three men living in isolation in an all-but-abandoned leprosy hospital on the Mantheevu island in Batticaloa. Although leprosy is no longer incurable, and can be treated, a confluence of factors—stigma attached to the disease, archaic legislation and decades-long isolation makes it impossible for any of these patients return home.