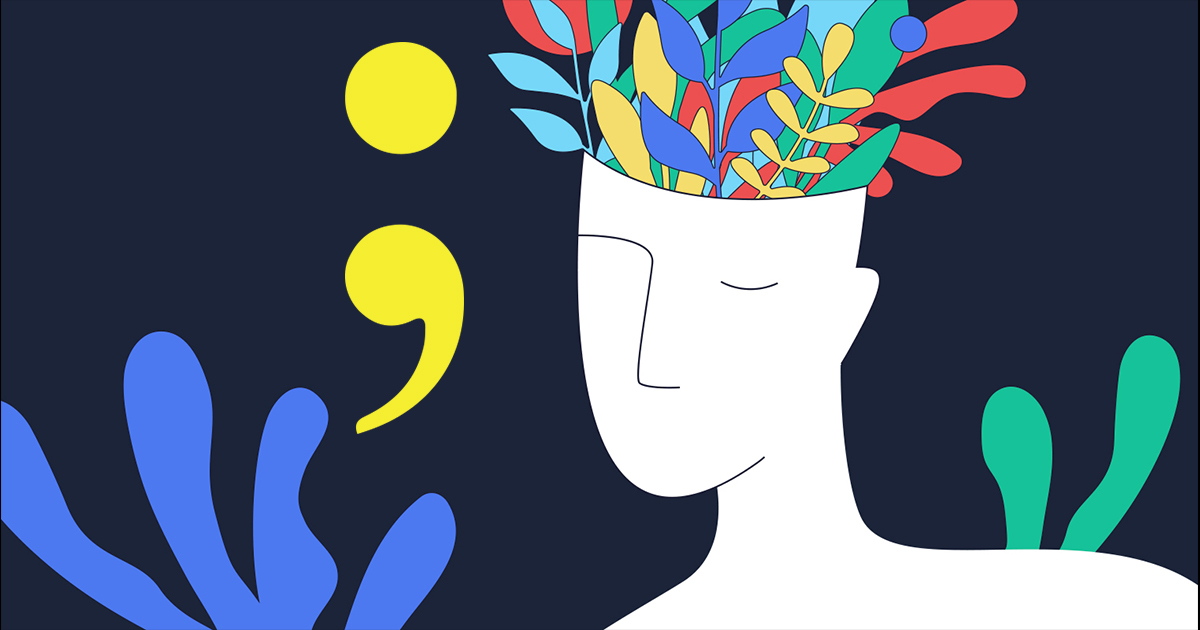 One of the attendees has the word ‘alive’ tattooed in delicate letters across his wrist. He says, addressing the group of eight 20-somethings gathered around him, “My suicidal thoughts have resurfaced. It was a tough week for me.” The group is solemn, there is a clear understanding — they have all been there, felt what he is feeling, at some point in their lives.

This is the essence of The Semicolon Effect; it is a support group and safe space for anyone struggling with their mental health. The group considers itself a haven free of judgment and bias, where attendees can speak freely and share their experiences.

The group’s unusual name derives from a similar group that was founded in the US in 2013, as an anti-suicide initiative. An off-shoot of this, The Semicolon Tattoo Project, encouraged individuals who have suffered a loss to suicide or have survived a suicide attempt to tattoo the semicolon (;) as a message of affirmation and solidarity against suicide, depression, addiction, and other mental health issues. In writing, instead of choosing to end a sentence with a period, authors use a semicolon to mean a pause before a sentence continues. The semicolon for those experiencing mental health struggles therefore serves as a metaphor of hope, and continuity.

For any support group such as The Semicolon Effect, finding the right space is one of the most important tasks of all. While the group initially met at a fixed location in Colombo, the ongoing pandemic has forced them to seek other options. Now, the group meets every week or bi-weekly at an open space, where they can converse in private. Most often, this means a coffee shop or a café that provides access to small gatherings. “With COVID-19, we have to take specific precautions as well,” said co-founder Shavintha Fernando, pointing to the bottle of hand sanitiser in front of him.

Psychologist Hansini Gunasekara, speaking to Roar Media, explained that there are two types of support groups: the most straightforward distinction between the two types is whether there is a trained, qualified moderator/facilitator present during the meetups or not.

Support groups play a vital role in overall prevention and intervention strategies. In fact, in some countries where mental health care is prioritised, support groups are generally a part of the treatment process at some point, especially for those experiencing depression, anxiety, addictions, trauma and grief.

“As humans, we crave to be heard and understood. Most often, unfortunately, the people around us may not understand or empathise with our experiences. This is when support groups consisting of others who are going through or have previously gone through a similar experience can be an amazing, transformative experience,” she said.

Fernando is the first member of the group, the core around which everyone else congregated. Altogether there are four founding members; the other three are Salman Shaikh, Chathuranga Suriyaarachchi and Iris Tennakoon — who handle the group’s social media and organise meetings.

Fernando was, at the time he decided to launch the support group, receiving counselling from a therapist, but felt he wanted more. He explained that he found himself in “a dark place”, with no purpose in life. So he went on to publish a post on social media, saying that individuals with similar sentiments who wanted to meet up and talk, could do so with him.

“Four people reached out initially, only two showed up; Chathuranga was one of them. That first session, I opened up a lot. I shared my feelings and I think I cried too,” he said.

Obtaining therapy and counselling can be expensive, the group tells me, the silent observer for the day’s session. To seek therapy while balancing work or studies and maintaining financial independence can be an excruciating task for many.

“All of us are employed at various levels, full-time,” Fernando said. He himself is an accountant. Shaikh and Suriyaarachchi work in the IT field while Tennakoon, in between her other work, has started a small business venture with her mother.

Then there is, of course, the stigma that often surrounds the subject of mental health. For the four founders of The Semicolon Effect, this is one of the central challenges.

As young Sri Lankans in their early-20s, I ask the group, how do their parents view what they do here? In response, members of the group smile uncomfortably.

“Up until now, I’ve never had a serious conversation with my parents about my mental health, or mental health in general,” Suriyaarachchi said. “I pay for my own therapy and I go by myself. Recently, however, I managed to help a cousin who was going through some problems, and I told her to come to our sessions. My parents learned about what I’m doing then, and they now understand it. But when it comes to my problems, we’ve never spoken about it.”

The session starts with all the attendees offering a brief description of how their week (or two weeks) have been since the last meeting.

“… it’s been a week of extreme highs and extreme lows for me. Both in personal life and work,” says one member.

“And how have you coped with it?”

“Not very well… Ever since I’ve moved out of my parents’ house it has been great. But financial freedom is also very lonely.”

In the first year or so, Fernando et al said that the sessions were mostly attendees venting and being listened to. Subsequently, the group branched out into experimenting with various avenues and good mental health practices.

“We have tried art therapy, and drama therapy with the help of professionals. None of us are professional medical care givers. We are a peer support group, facilitators if you will,” Shaikh said.

The group also regularly welcomes guest speakers who would sit with them during sessions, providing guidance. These include a select group of psychologists, counsellors, therapists and mental health advocates. The group has a dedicated WhatsApp group where individuals can reach out for help or simply to talk to someone.

Best of all, is that the group does not require individuals to have continuous attendance. “If you feel like you’re doing well, then you don’t need to attend sessions. If you feel like you need a break, that’s perfectly alright. It’s an open-ended approach. If you need us, we’ll be there for you regardless,” Shaikh said.

However, while support groups can be positive for those seeking empathy and connection, they do not serve the purpose of providing intervention, as psychologist Gunasekara explained.

The Semicolon Effect does acknowledge this, and has made efforts to facilitate such interventions, while at the same time bearing in mind the challenges involved in this as well.

“Therapy is very much based on the relationship you build with the therapist or your counsellor,” Shaikh said. “Every practitioner has a different approach, some might work, some might not. Most of our participants have gone to therapy, so we have a curated list of therapists who we can refer our attendees to, based on their requirement. We reach out to them for help,” he said.

The group also curates a “black list” of individuals, which includes false therapists and counsellors. “Some of our attendees have had bad experiences with some people who call themselves therapists,” the group noted. “When they have wanted to open up about their sexuality or problems they are facing, these individuals have had a very wrong idea of what could resolve their issues. In some extreme cases, they have been introduced to ‘conversion therapy’.”

For those apprehensive about reaching out for professional help, support groups can meanwhile be a good place to start. As Gunasekara pointed out, fear of judgement can sometimes be a stumbling block; if a support group can ensure a no-judgement experience, this would help address the problem.

“If confidentiality is maintained, none of the participants judge each other, respect is held as a core value of the group, constructive communication is practiced and the group is only used as a source of creating connection, empathy and sharing information, support groups can be a safe space where individuals can be themselves and thrive,” she explained.

My own sit-down with The Semicolon Effect provided me with a brief insight into how a positive support system can go a long way. “We have come close together as a group of friends. Sometimes, that’s all you need,”Fernando said.

If you are, or someone you know is, experiencing mental health-related issues, these are some numbers you can call: