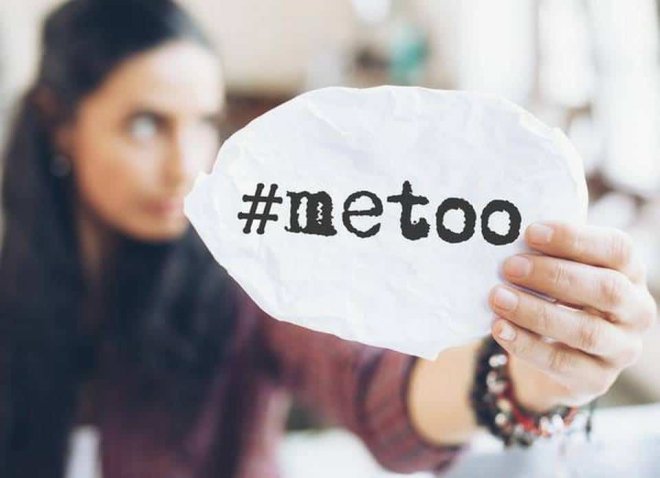 The Link Between Gender Inequality And Sexual Harassment In The Workplace

Early October, Hollywood was shaken to its core when multiple allegations of sexual abuse emerged against Harvey Weinstein in the media. Empowered by the takedown of the movie mogul by his victims, women all over the world rallied to express their support and outrage. And so the #MeToo movement was born—or rather revived by actor Alyssa Milano, who urged women to post “me too” as their status on social media if they had been sexually harassed or assaulted, to “give people a sense of the magnitude of the problem.” Millions of women from all parts of the world, including Sri Lanka, took to social media to speak up about their own harrowing accounts of sexual harassment, revealing that it is a universal phenomenon and nearly every woman has been a victim at some point in her life.

The Harvey Weinstein scandal revealed the link between the gender inequality and sexual abuse in the workplace. Image source: hollywoodreporter.com

In the wake of the Weinstein scandal and the #MeToo campaign, much-needed attention was drawn to the power dynamics in the workplace, which is the primary motivator for sexual harassment. One of the factors that greatly influences and divides power in the workplace is gender inequality. It is no great revelation that the global workforce is dominated by men, with their economic participation estimated by the International Labour Organisation (ILO) to be 76.1% this year, whereas female economic participation stands only at 49.5%. It was also found in 2016 that women hold only 24% of the senior business roles around the world. Additionally, the Global Gender Gap Report 2016 revealed that globally, women’s average earnings are nearly half that of men’s and women had to work longer hours than men for the same pay.

Where Does Sri Lanka Stand?

According to the Global Gender Gap Index 2016, Sri Lanka ranks 100th in terms of gender parity, out of the 144 countries surveyed. When it comes to equality in economic participation and opportunity, the country ranks very low, with women’s participation in the workforce currently standing at 35.9%, while male economic participation is 74.6%. Some of the main reasons for the underrepresentation of women in the country’s workforce include social and cultural taboos, the reinforcement of traditional roles of women as homemakers, and harassment.

Even though women make up nearly twice the number of professionals in Sri Lanka’s labour force (at 63.65%) as men (36.35%), the representation of women in leadership roles is inadequate. A report by the ILO indicated that in 2014, women occupied only 24.8% of the roles of managers, senior officials, and legislators in the country. It also revealed that there is a gender wage gap in the private sector and semi-government organisations, with males earning 30 to 36% more than females. However, the government sector showed little to no disparity in terms of wages.

Studies show that there is gender inequality in workplaces all over the world, with men primarily holding the positions of power. Image source: educatesquare.com

Gender inequality in the workplace contributes to a culture where women are undervalued at work, not taken seriously, not recognized proportionately for their contributions and considered dispensable, intensifying the power imbalance between men and women. This paves the way for sexual harassment and abuse by their superiors, coworkers and employers. In fact, studies clearly indicate that sexual harassment in the workplace is linked to the gendered assertion of power.

A 2012 study conducted by the United Nations Population Fund (UNFPA) showed that 62.3% of women in the wholesale and retail industry, educational sector, and financial intermediary sector have experienced sexual harassment in the workplace. Similarly, 57% of female garment workers have reportedly faced sexual harassment at work and 11% of migrant workers have suffered sexual abuse at the hands of their foreign employers. A survey conducted by the International Federation of Journalists in 2015 also revealed that 29% of the female journalists in Sri Lanka have been exposed to sexual harassment.

What Counts As Sexual Harassment In The Workplace?

In many workplaces, there is an environment, fostered by the perpetrator, of intentional ambiguity about what is considered as sexual harassment and what is not, leaving the victim in doubt about it. Therefore, it is important to explicitly note the different forms of sexual abuse. For instance, hugging, kissing, patting, touching one’s body, hair or clothes, stroking and pinching are all examples of unwanted physical contact that qualify as sexual harassment. Unwelcome advances include invading someone’s personal space, soliciting someone repeatedly for dates, making lewd propositions, sending unwanted text messages, letters, photos or emails of a sexual nature, inundating someone with phone calls, hooting, catcalling and making lewd noises. Posting explicit photographs or videos of someone taken without their consent on the internet also falls under the category of harassment.

Sexual harassment in the workplace can happen to both men and women, though women are more vulnerable and at a higher risk. Harassment can be carried out by both males and females and its perpetration is not only limited to those who hold positions of authority. It may be perpetrated by a coworker, client or supplier. It can even be directed at a superior by a subordinate. However, it occurs most commonly in a context where one party has some leverage over the other. In many cases, perpetrators view their actions as funny, harmless, normal or complimentary, even if the recipient feels uncomfortable, violated, and disgusted. Offenders also tend to justify their actions by blaming the victims’ attire, appearance or behaviour.

Any kind of unwanted physical contact that makes you uncomfortable, including the invasion of your personal space, counts as sexual harassment. Image source: linkedin.com

Sexual harassment is not only emotionally and physically distressing, it can also affect the quality of one’s work and life, and leave long-term psychological scars. In many cases, complaining about it or turning down unwanted advances can jeopardise one’s reputation, job security or promotion opportunities, often leading to the loss of employment. Therefore, most victims of sexual harassment refrain from reporting it.

Shivanthi, 28, who works in the corporate sector in Sri Lanka, tells Roar Media that she was sexually harassed by a director in her company, a man old enough to be her father. “I was at our office Christmas party and I knelt on my chair and bent forward to reach for something,” she relates, “[And] a member of the higher management took this as an invitation to smack my [posterior] in full view of everyone. Apparently, he had [been challenged] by another member of the higher management to do this. This incident shocked me. But instead of telling him he had no right to touch me, I just sat down quietly and didn’t say a word. He told me, ‘Nangi, don’t stand like that. People like me, who see you, will feel things.’”

She continues, “After the incident, I came up with a heap of excuses for his behaviour. I already knew the consequences I would face and the reputation I would earn if I brought the matter to the attention of the HR department. I didn’t make a formal statement, because I knew I would not be able to work in the same company after that. [But] I still wish I had voiced my disgust at the time of the incident.”

Riyaza*, 28, an employee in the government sector, recounts that when she first started work, a married senior employee of the establishment made unwelcome advances towards her. “I told him I was engaged and avoided him,” she says, “He didn’t have the authority to fire me, but he spread all kinds of false rumours about me and told everyone I was incompetent in my work. [These rumours] affected me personally and professionally till I left the department. I didn’t realize it was sexual harassment [at the time], so I just put it down to workplace politics and didn’t report him.”

Sexual harassment even happens at parliamentary level in Sri Lanka. In 2012, former Minister of Transport, Kumara Welgama famously replied to a question posed by Rosy Senanayake, a member of parliament, with “You are such a charming woman. I cannot explain my feelings [for you] here. But if you meet me outside the Parliament, I will describe them. When I see [you], my thoughts are running riot. I don’t want to reveal them in public.”

In Sri Lanka, sexual harassment in the workplace and elsewhere is illegal, and is considered a violation of fundamental rights. It is classified by the ILO as a form of gender discrimination. The Women’s Charter, which was accepted by the government as a policy document in 1993 as a result of the ratification of the UN Convention on the Elimination of All Forms of Discrimination against Women (CEDAW), recognizes a woman’s entitlement “to the same rights and the same opportunities in employment in the public, private and informal sectors at all levels of employment without gender based discrimination in recruitment, placement, promotions, conditions of service and job security.” However, the Women’s Charter is yet to be incorporated into legislation.

Sexual harassment is identified as a criminal offence under the Penal Code of Sri Lanka. Section 345 of the Penal Code (Amendment) Act No.22 of 1995 mentions that “whoever, by assault or use of criminal force, sexually harasses another person, or by the use of words or actions causes sexual annoyance or harassment to such other person” is liable to imprisonment for a term of five years and/or a fine. The victim may also be entitled to receive compensation from the offender. The Act explicitly adds that sexual harassment includes “unwelcome sexual advances by words or actions used by a person in authority in a working place or any other place.”

Quid pro quo harassment is also considered a punishable offence under the Bribery Act (No. 2) of 1965, which states that an individual can be charged with bribery if he or she “solicits or accepts a gratification” that is monetary, sexual or otherwise. The Act further elaborates, “A person solicits a gratification if he, or any other person acting with his knowledge and consent, directly or indirectly demands, invites, asks for or indicates willingness to receive any gratification.”

Most victims fail to recognize the gravity of sexual harassment and consider it a routine, albeit humiliating occurrence. Some feel guilty for being too afraid to report it. It is important that these individuals know that sexual harassment is not their fault. Instead of being shamed or silenced, victims should be encouraged to report the incident(s) to a figure of authority or the human resources department. Some companies have policies against sexual harassment, making it easier to report it. Victims are also advised to make a formal complaint to the police. In the worst case scenario, they can go before the Labour Tribunal on the grounds of constructive termination of his or her employment.

Sexual harassment at work is against the law in Sri Lanka. Image source: blog.getwhistler.io

A recent report by the UN Women states that Sri Lanka is “making progress in terms of gender equality and women’s empowerment in social, economic and political fields through progressive law reforms.” The missive also adds that the country’s government is currently in the process of drafting a new Constitution, which includes women’s rights in the Fundamental Rights Chapter and contains provisions that address female employment, among other things. It still remains to be seen whether these assurances will be fulfilled anytime soon.