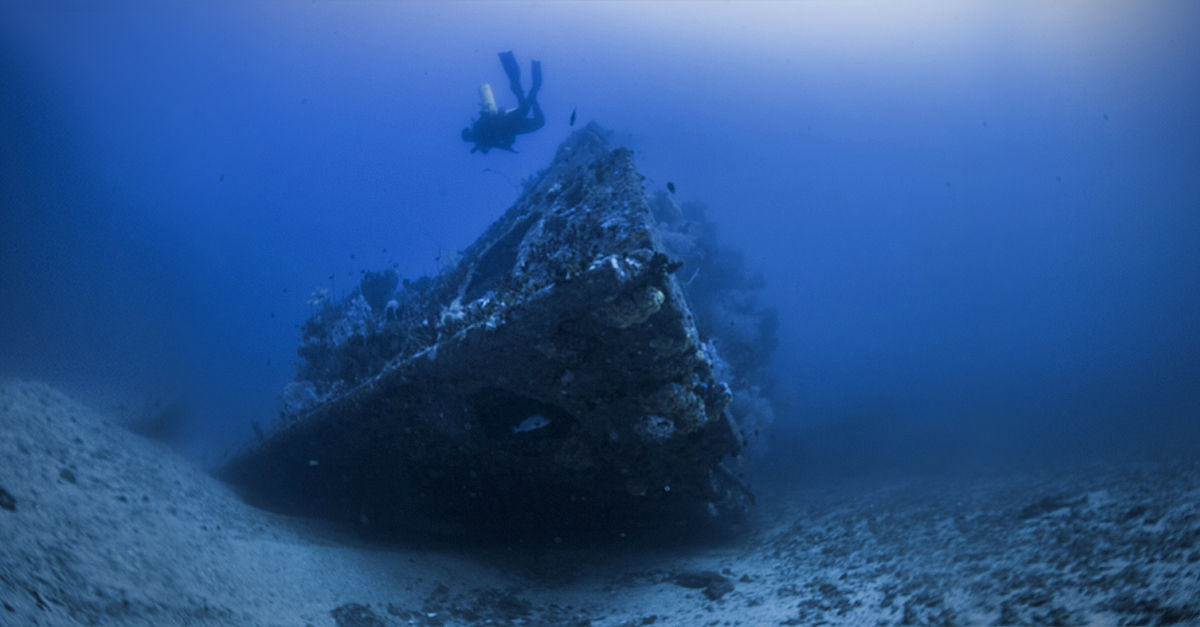 Clownfish flitting about anemones, great schools of blue-and-yellow fusilier fish billowing like underwater clouds as turtles chomp on coral and eagle rays glide gracefully by; the enchantments of Sri Lanka’s oceans are diverse and astonishing.

And increasingly, they are being enjoyed by a burgeoning scuba community, with divers descending on reefs and wrecks in many corners of the island. With each season, new sites are explored, and occasionally, marine life not previously thought to exist in Sri Lankan waters, discovered.

Diving has been part of Sri Lankan life since antiquity, when pearl fisheries on the northwestern and southern coastal belt played vital roles in the economies of various kingdoms. But it was not until this decade, following the end of the civil war, that recreational diving with scuba gear began to take off.

Not only were wartime laws on maritime activity relaxed, but the sharp increase in tourist numbers also drove a scuba diving boom. In recent years, however, it’s not just foreigners who have pulled on a wetsuit, thrust a regulator into their mouths, and taken to Sri Lankan waters. According to underwater explorer and former president of Sri Lanka’s Sub-Aqua Club, Dharshana Jayawardena, locals have become regulars on the diving scene as well.

“I’ve been diving since 2003, and right now there’s a lot more interest than there used to be,” he said. “Especially since Colombo came into the scene as a dive destination, because there are a lot of potential divers in Colombo. The rise of social media has helped promote Sri Lankan diving a lot as well.”

So what can prospective divers expect in Sri Lanka? Although Sri Lanka’s reef systems are beautiful, they are perhaps not as vibrant or as diverse as reefs in the Maldives, for example, or in India’s Andaman Islands. And yet, Sri Lanka still sets itself apart. The key to the best diving on the island is its long maritime history.

“Sri Lanka stands on its own and it’s very unique compared to countries like Malaysia, Indonesia and Maldives, because we have an abundance of shipwrecks,” said Jayawardena, who has personally discovered at least a dozen wrecks in Sri Lanka by gleaning information from local fishermen and historical sources, and carrying out exploratory dives.  “These wrecks span from ships that sank 300 years ago, to World War I and II wrecks, and others that sank as recently as 2012. And the marine life on a lot of them is quite prolific.”

In fact, it is one of the most recent of these wrecks that is Colombo’s most popular dive site. In 2012, Cypriot cargo ship the ‘Thermopylae Sierra’ sank four kilometres west of Mount Lavinia beach, years after it had been abandoned owing to a legal tussle. Now, it is a thriving marine metropolis populated by huge shoals of yellow-lined snapper, rainbow runners and trevally, as well as batfish, angelfish, puffers, and predators such as octopus and moray eels.

“I think some of the wrecks in Sri Lanka are really world-class,” Jayawardena said. “I can rate the deeper wrecks like ‘Worcestershire’, ‘Perseus’,  the ‘Hollyhock’, ‘HMS Hermes’ as some of the best around. And some of the Colombo wrecks like the Lotus Barge and Car wreck are also outstanding. If you take this part of Asia, we’re right at the top for wreck diving. Even Maldives doesn’t have the collection of wrecks we have.”

Although scuba diving is just beginning to take off on the island, there is uncertainty about its future. The most worrying menace is the rising temperature of the seas, which some have already blamed for incidents of coral bleaching. The 2016 El Nino when warmer ocean currents swept through the northern Indian ocean, is understood to have killed off swathes of Bar Reef—Sri Lanka’s biggest reef system—off Kalpitiya. As Sri Lanka is surrounded by one of the warmest sections of the warmest ocean in the world, its reefs and marine life are believed to be especially susceptible to global heating.

There are also purely homegrown challenges. “There are two threats that are a bit of a concern in Sri Lanka, and we have been trying to lobby to stop it, with varying degrees of success,” Jayawardena said. “One is dynamite fishing.” This is where explosives are set off underwater in order to stun or kill schools of fish for easy collection. The blast and shockwaves not only kill marine life indiscriminately, they can also severely damage marine habitats.

“The Navy also has helped, but it’s something that can’t be stopped easily,” Jayawardena said. “It’s doing a lot of damage to our shipwrecks and reefs.”

Spearfishing has also led to the decline in predator numbers on some reefs. “Spearfishing can be a sustainable thing if people spearfish while they freedive [i.e. without an external air source such as a scuba-diving tank]. What happens in Sri Lanka is that fishermen use scuba, and when they go down, they shoot on sight. In Colombo, there was one fisherman who went and shot 18 grouper in a reef. That caused a localised extinction of grouper on that reef. We’ve actually managed to pass legislation to ban spearfishing in Sri Lanka, but enforcement is lax.”

Although the most avid and adventurous divers, like Jayawardena, venture far for interesting diving experiences, most dive on holiday, for pleasure, and as a result, dive hubs around the country have clustered around tourist hotspots. From roughly April to October, the East Coast has better conditions for diving, and from November to March, the West and Southern coasts come into season. Here’s what the major destinations offer:

Kalpitiya and Negombo: Rich in marine life, the shallower reefs in both Negombo and Kalpitiya make for relatively easy, but rewarding diving. Expect to see schooling fish in large numbers, but also cuttlefish, octopuses, and many of the smaller, vibrant reef fish. In Kalpitiya in particular, there is the chance of spotting dolphins and whales on the way to and back from dive sites.

Colombo: It may be difficult to imagine, when you’re coughing out bus fumes in rush hour, but on its best days, Colombo’s waters are a marine wonderland. Unsurprisingly for a port city, Colombo has upwards of 15 diveable wrecks. Not only are the ships themselves beautiful, but they are also heavily populated by an array of marine life, including predators such as moray eels, lionfish, and octopuses. If you’re lucky, you might see rays. If you’re even luckier, a whale shark.

“Even in Colombo, you can see dolphins in the ocean from about March/April. Sometimes packs of 20 to 30, and you get that all the way to Negombo and Kalpitiya as well,” Jayawardena said. “Also whale sharks, you can see in March and April, when the current changes and you’ve got plankton in the water. In one season, in 2017, we had more whale sharks in a single season than in the previous ten years combined. Almost every day, you used to see whale sharks.”

Hikkaduwa and the South Coast: More shallow reefs, with turtles, a wide variety of reef fish, and occasional dolphin sightings from the surface. There are excellent older wrecks in this region as well, with the ‘Rangoon’ (a steamship that sank in 1873 just outside Galle’s harbour), the ‘Conch’ (a 1903 wreck off Hikkaduwa) and the ‘Earl of Shaftesbury’ (1893 wreck also off Hikkaduwa), being particular highlights.

East Coast: Some of the healthiest coral reefs in Sri Lanka can be found around Nilaveli, and off Pasikudah, but there are also stunning World War II wrecks dotted around the coast. Wrecks often have corals growing on them, forming, what is essentially, artificial reefs, with little nooks, crannies and sheltered spaces for fish to lay eggs and for juveniles of every species to proliferate. The ‘HMS Hermes’ off Batticaloa, and the ‘British Sergeant’, off Kayankerni, were both sunk in the same Japanese attack in 1942. Rays seem to be especially abundant off the East coast, and Pigeon Island, off Nilaveli, is also the most reliable place to spot sharks —of the harmless blacktip variety.