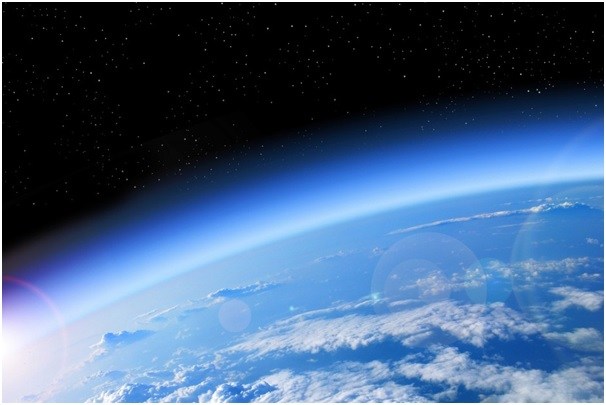 What Sri Lanka Needs To Do To Save The Ozone Layer As we all know, the ozone layer is an integral part of what sustains life on our planet. But we have, for several years, lived in ignorance and disregard of its value. If the ozone layer were to fail one day, we would all meet an unpleasant end from prolonged exposure to intense ultraviolet radiation from the sun.

It was not until 1974 that scientists began to truly understand and publish findings of suspected damage caused to the ozone layer from human activity. It was discovered that the emission of chlorofluorocarbons (CFCs) and other halogenated carbons from various industrial and commercial activities would reside in the atmosphere for decades or even centuries and cause the ozone layer to deteriorate significantly over time. This was not an ideal predicament for obvious reasons and preventive measures had to be taken at an international level.

The Vienna convention of 1985 was the first framework agreement towards conserving the ozone layer. It was soon followed by the Montreal Protocol Agreement in 1987 which mandated that all countries begin gradually phasing out the use of CFC’s. As it was agreed, developed countries were required to phase them out at a faster rate compared to developing countries. So far, scientists have categorized at least 96 ozone depleting substances that have widely been used.

There have been quite a few amendments made to the Montreal Protocol since it was signed into agreement. First came the London amendment in 1990 which required developed countries to cease all emissions of CFCs, halon, and carbon tetrachloride by the year 2000. This was followed by the Copenhagen amendment (1992), the Montreal amendment (1997), and the Beijing amendment (1999) all of which would make additions to the list of controlled substances that needed to be phased out whilst also assigning new target years for developed and developing nations to eliminate said substances from the economy.

The most recent amendment that was made to the Montreal Protocol was the Kigali amendment (2016). It focuses on controlling the production and consumption of Hydrofluorocarbons (HFCs) which were being adopted by various industries as they were moving away from ODS’s. As it turns out, HFCs are potent greenhouse gases and are also immensely harmful to the earth’s climate. The amendment was adopted by 197 countries that have committed to reducing consumption of HFC’s by around 80% within the next three decades.

But where does Sri Lanka stand in the global resolve to protect the ozone layer? Being categorized as a developing country, Sri Lanka gets a slightly lenient rate compared to developed countries in phasing out its dependency on those remaining ODS’s which are hydrochlorofluorocarbons (HCFCs). As per the Montreal Protocol, it is expected to reduce 35% of its consumption by 2020, 67.5% by 2025, and 100% by 2030. At present, Sri Lanka does not produce or export ODS’s including hydrochlorofluorocarbons (HCFCs). It only consumes as many HCFCs as it imports.

Cabinet approval for the gradual phasing out of HCFCs was granted in 2013. As of today, Sri Lanka has managed to phase out 56 substances found to be hostile to the ozone layer.

That said however, it is certainly not all about government bills and U.N conferences. The greatest support towards protecting the ozone layer and the climate in general has always come from ordinary citizens. A small but invaluable contribution from each individual towards conserving the ozone layer would ultimately amount to a monumental positive shift in the current state of our atmosphere.

It all starts with little things like making sure the refrigerator or air-conditioning unit you buy does not emit ODS’s. When it comes to refrigeration units, the ideal non-ODS substitutes would be R 600A, R1234ze, NH3 (Ammonia), and CO2 (Carbon Dioxide); and with air conditioning units, they are R 290, R 32, R 1234yf, R 410A, and R 407C.

In addition to purchasing your devices carefully, you can further help by maintaining them well to prevent any leakage. You can also recover and recycle any refrigerants from devices that are about to be disposed of; you can do so by contacting the National Ozone Unit at 011 203 4222. Moreover, you can adopt a general policy of using eco-friendly products whenever possible.

We once thought that the ozone layer was just there floating above our heads and there was nothing we could do to afflict it. But we have since learned that we were wrong. We know now that our actions have had a significant impact on the state of the ozone layer and its capacity to sustain life on planet earth. Today would be as good a day as any to do something about it.

Cover: The ozone layer provides a protective shield from the sun’s intense ultraviolet radiation thereby making it possible for life on earth to flourish. Image credits: Geography and you