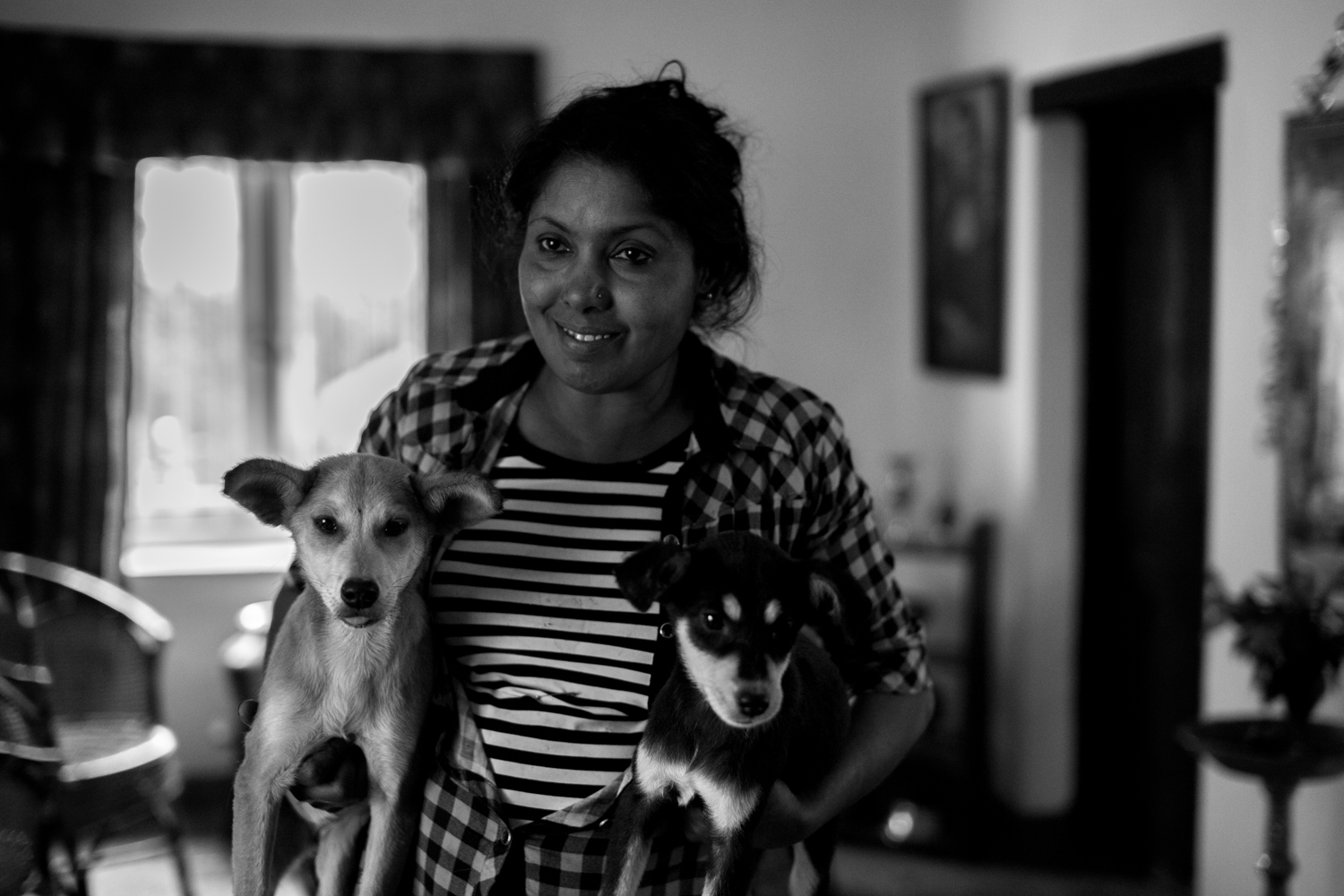 The day starts early at Shamalee Elpitiya’s residence in Haputale. Even in her early 50s’, she wakes up at 4 am. She cooks the morning meal for her 20 dogs and nine cats and makes breakfast for her son and her mother, of which she has none. Instead, she sips a warm cup of tea. “This,” she said, “will get me through till lunchtime, when I will have another.” She eats only one meal, and that is for dinner.

She was 15 years old when she rescued her first dog; brought it home with her and gave it shelter. Her unofficial career now spans over 40 years.

We visited Elpitiya for the first time on a cold, wet and rainy day in 2019. Two years, after a global pandemic and economic crisis later, her 20 dogs and 9 cats have increased to 35 dogs and 16 cats.

A number of animals she cares for died earlier this year, at the very beginning of the country’s economic collapse, she told us. “During that time, there was no petrol. I couldn’t take them to the vet because I couldn’t find transport. The vet couldn’t visit either for the same reason.”

Elpitiya said she used to feed her animals twice a day. “Now I only feed them once; a slightly bigger portion but still, much less than two complete meals. And getting snacks like biscuits, and curd is problematic as prices have skyrocketed.”

Elpitiya is a single parent who takes care of her mother and her young son. Her mother had recently lost her hearing: “The doctor’s verdict is that some neurological issue caused the hearing loss,” she said. Elpitiya believes that excessive stress due to overthinking about their deprivation may also have caused it.

Elpitiya brings up her son with no child support. She spends around LKR 500-800 per day to drop him off and pick him up from school. “He will be facing his Grade Five scholarship exams in December. He bagged two prizes during the last prize-giving ceremony,” she said.

An animal rescue organisation used to pay her a minimum wage to keep her daily expenses in check. They also supplied rations for the animals. But six months ago, those rations and support stopped coming in. “There’s no other way for me to earn an income back in 2019 and that has not changed even now. The only financial assistance is from one of my three elder sisters. There are hardly any donors to run this home shelter now.”