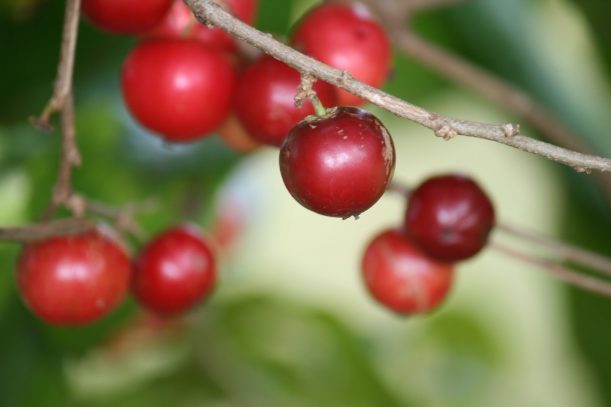 Local Fruits You Will Never Find In a Supermarket

They are nutritious, they are plentiful, and most of them taste pretty good too… yet, while you could probably find plenty of these fruits in villages, the odd Sunday pola, or your grandmother’s back yard, you are not likely to ever see them on a supermarket shelf.

These obscure fruits fall into a class of their own; half the Sri Lankan population know them and love them, the other half (especially the younger generation in urban areas) have not got the foggiest idea they even exist. Sadly, nearly all of these fruits are considered noncommercial. There is a reason for this in each case ‒ they bruise easily, have a short shelf-life, or simply come across as economically unviable in some way or the other. These fruits come from trees that generally thrive with little or no intervention, which is lucky, since most people don’t realise their value, and rarely bother to actively cultivate them.

That said, there is no reason why these fruits should not have their moment in the limelight! So let’s forget apples and oranges for a while. In the spirit of boosting the waning popularity of our country’s lesser known local fruits, here are a few of them you just must try.

The canistal (or egg-fruit, as it is informally called) can be eaten like a pudding. Just scoop out the custard-like flesh with a spoon and dig in! Image credits: theindianvegan.blogspot.com

Biting into this sunny-looking fruit is a bit like eating powdery, sweetened egg-custard.
Also called the egg-fruit, the little-known canistal has a chalky, mousse-like texture which can be slightly off-putting if you wolf down too much; however, when eaten in moderation, it tastes quite good. Besides, it is a fruit with a difference ‒ the creamy custard-like consistency brings a rather pleasant change from the usual boring bananas, guavas and oranges we are eternally eating.

All that said, if you don’t think it sounds appetizing enough, here is another reason why you might want to consider trying the fruit out ‒ the canistal is one of those phenomenally nutritious wonders that fall under the category of super foods. Just 100 g of canistal is said to contain 1.68 g of protein, 30 mg of beta carotene, 26.5 mg calcium, 58.1 mg of ascorbic acid, and 37.3 mg phosphorus, as well as trace amounts of iron, riboflavin, niacin, thiamine and fibre ‒ quite an impressive list.

Most of these fruits end up going to waste, just over-ripening and falling from the tree (where even flies and birds avoid it because of its astringent properties), which is rather sad really, considering all that nutrition it contains. You are certainly never going to find this in a supermarket, but if you do stumble across it in a marketplace or your grandparents’ home garden, just give it a try. All you have to do is cut it in half, remove the seeds and eat it with a spoon, pudding-style!

The beli fruit; the outer shell is so hard that it often needs to be cracked open with a hammer before you can get to the sweet pulp inside. Image credits: reelandgrills.blogspot.com

In Sri Lanka’s version of Chicken Licken, there are no acorns; instead, when the rather less-than-intelligent little chick thinks the sky is falling down, it is because he hears a beli fruit drop down from its tree with a crash.

Contained inside a hard, woody shell, the flesh of the beli fruit is quite sweet, moderately palatable, and smells amazing. However, its real value lies in its considerable health benefits as well as its significance in traditional ayurvedic medicine. With 31% of it being carbohydrates, the beli fruit serves as a great energy food. It has also been shown to contain 1.8 g proteins, 50 mg phosphorus, 55 mg carotene, 85 mg calcium, as well as small amounts of vitamin C, vitamin B components, and iron per every 100g of the fruit.

A glass of beli juice; you can either blend the pulp with sugar and water, or make it the traditional way, with a dash of tamarind. Image credit: reelandgrills.blogspot.com

Beli is astringent, aromatic, and cooling, and is frequently used in ayurveda remedies for indigestion, constipation, and as a laxative. The flowers, roots, and leaves are also used as various herbal medicines for ailments that range from headaches and fevers to dysentery and cholera. However, while we certainly don’t recommend anyone munching on the roots or leaves, the fruit is a definite must-try. Taste-wise, it is not really something to rave about, but all those remarkable nutrients in there will definitely make up for that. The seeds might be a little annoying, being very sticky and eternally getting in the way, and the pulp also contains quite an irritating amount of fiber, but if you are fussy about that, you could always strain the whole thing and turn it into a nice, healthy glass of juice.

Aptly named indeed; because of the attractive star-shaped slices you get when the fruit is cut, the carambola is commonly known as the star fruit. Image credit: foodmagazinesl.blogspot.com

This one is not quite as obscure as the others we have listed here, mainly because the tree is small and easy to grow, and therefore often found home-grown in gardens everywhere.

The star fruit gets its name from the five-pointed star shape you get on cutting the fruit horizontally. Tangy, sweet, and slightly reminiscent of pears in texture, it can be used in juices, salsas, smoothies, or chutneys, though in Sri Lanka, they are mostly enjoyed eaten as they are ‒ straight from the tree, with a dash of salt to taste.

With 92% of the fruit consisting of water, and just 31 kcal per a 100 g, the star fruit contains fewer calories per serving than any other tropical fruit. Combine that with its fibre content, as well as the fact that it controls the absorption of blood glucose, and you’ve got the ideal fruity snack for those people who want to watch their weight. The star fruit also contains plenty of Vitamin C ‒  a potent antioxidant ‒ as well as B-complex vitamins and a certain useful anti-inflammatory agent.

So cut yourself some star-shaped slices, sprinkle it with salt (go easy with it though ‒ you don’t want to end up with high blood pressure) and enjoy.

This is the sort of fruit children like to pluck from low-hanging branches on their way to school, not the kind you would actually keep in your fruit bowl at home. These round shiny fruits look attractive enough, growing in bunches like dark, luscious cherries; however, nearly all varieties taste far too acidic to be enjoyed, unless they are pickled or made into jams.

Although the lovi does have some nutritional content, including an antimicrobial agent and certain polyphenolic compounds, it is really nothing to shout about. However, in spite of the split tongues, sore throats and stained clothes that generally result from over-indulging in this fruit, children have enjoyed lovi for time out of mind. It would be sad to let it be forgotten!

Perfect for picking! Unlike its cousin the lovi, uguressa tastes just as good as it looks. Image credit: travelandthinklikealocal.blogspot.com

In spite of its high-flown English name and one-time immense popularity, this underutilised fruit crop is now practically unknown among the younger generations in urban areas. This is quite disappointing indeed, because even though it closely resembles the lovi fruit, the berry-like uguressa is fun to eat, and considerably sweeter and easier on the taste-buds than the sour lovi.
Most people prefer to gently squash the fruits by rolling them around between their fingers to soften it, and then enjoy the tangy, sweet flesh just as it is. However, in keeping with the traditional Sri Lankan tendency to eat practically every fruit on earth with salt, people also like to make it into a sort of pickle by adding salt, pepper, and chillie.

While the uguressa does not have much to offer by way of nutrition, it does possess an amazing inventory of Ayurveda medicinal properties. Nearly every bit of this thorny tree is used in traditional herbal remedies that range from cures for asthma (the leaves) and fever (the bark) to rheumatic pain (the seeds) and jaundice (the fruit). The fruit is also used to check diarrhea, nausea and bilious conditions. Really, who needs cherries and the like when we’ve been blessed with fruits like these?
Research is currently being carried out to find out whether large-scale cultivation of the governor’s plum will be viable.

A strange sight: namnam ripening on the tree. Unlike most fruits, this one is borne directly on the trunk of the tree. Image credit: 3bp.blogspot.com

This is another one of those obscure fruits you will only be able to get your hands on if you either own a tree, or know someone who owns a tree. In fact, the tree is so little known, that we can’t seem to dig up an English name for it! People either use its scientific name, or the colloquial term of ‘namnam.’

The namnam is very perishable, which accounts for why it can never really be commercially cultivated. This underutilised fruit won’t win any prizes for appearance, being kidney-shaped and rough, with a singularly unattractive colouring of mottled green, brown and yellow. But when properly ripe, it possesses a pleasant sweet-and-sour taste that is perfectly complimented by our inveterate habit of sprinkling every fruit with salt.

The namnam is known to be a good source of vitamin C and vitamin A, and boasts quite a repertoire of traditional medicinal uses. Though studies have thus far been inconclusive, namnam has also proven to have great potential in fighting leukemia. However, very little research has been done to realise the true value of the fruit.

With more people of the younger generation increasingly relocating to urban areas, a few decades might well see these fruits completely fading into obscurity. Try to keep them alive in some way ‒ grow a star fruit tree in your garden, have a glass of beli juice instead of orange juice, try out a bright yellow lavulu, or learn to tell a lovi fruit apart from an uguressa. These are the little things that make Sri Lanka a land of the exotic, and it would be a shame if we were to forget them.