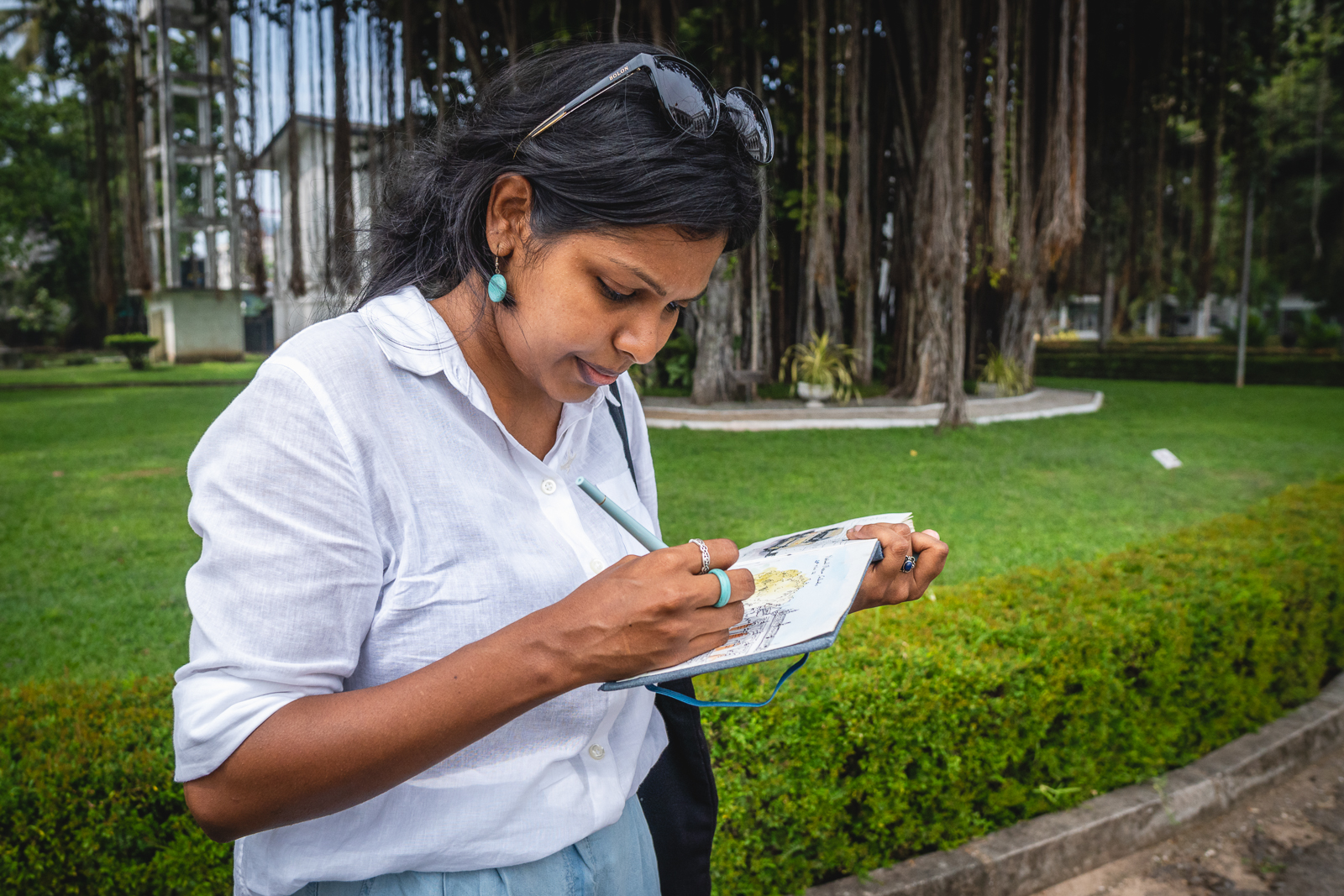 Many people picked up new hobbies to keep themselves occupied during the COVID lockdowns that began in 2020 — for Megali Nanayakkara (36), that hobby was sketching. “I watched a lot of tutorials on ink and watercolour. I find sketching quite meditative — it’s like a nice timeout for the mind, to get lost in the lines and colour,” she told Roar Media. Nanayakkara gradually became increasingly interested in urban sketching — the sketching of buildings and infrastructure in cities, often done on location.

She eventually discovered Urban Sketchers — a global community of artists that practise drawing on location in the cities and towns they live in or travel to, open to everyone. There was, however, no Colombo branch of the community, so Nanayakkara decided to start one herself — Urban Sketchers Colombo. “Our group has been meeting for a year now, and meet the requirements to become an official Urban Sketchers  chapter,” she said.

“We aim to bring together a group of people who love to sketch. Meetups are organised once a month in and around Colombo to sketch on location,” Nanayakkara continued. “It’s free for anyone to join and sketch in any medium, and all age groups are welcome.”

The group has provided a group of artists, at any stage of their practice, with a community with whom to share their passion. “People find it a relaxing thing to do on Sunday morning, find themselves getting better and better the more they sketch, and also like chatting with other sketchers and getting to make new acquaintances,” Nanayakkara said.

“For me, the best response is when they realise that they’ve sketched something good and take a moment to be proud of themselves,” she continued. “What’s great about urban sketching is that your work tends to get better the more you let go of the need for perfection, and that’s quite liberating.”